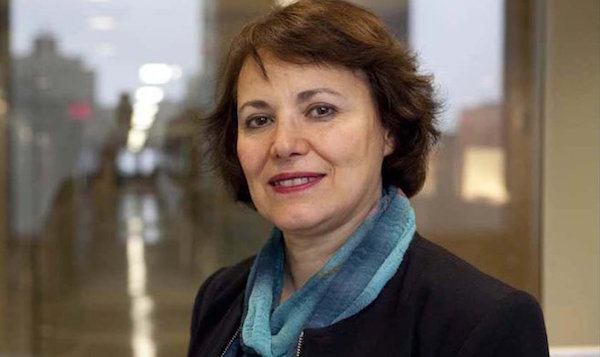 Iran’s Revolutionary Guards have arrested Canadian-Iranian social anthropology professor Homa Hoodfar, who is now being held in Tehran’s brutal Evin Prison without access to a lawyer, say her family.

Hoodfar went to Iran in February for personal reasons, but she conducted historical research on the role of women in Iranian society while she was in the country. She was detained on Monday, June 6, after being repeatedly interrogated by authorities over the past three months.

Speaking to IranWire, her sister, Katayoon Hoodfar, says the family are “extremely worried” about Hoodfar’s fragile health; the 65-year-old academic suffered a stroke last year and is impaired by a rare neurological illness.

Iranian authorities told the family that Hoodfar’s arrest is related to “security issues,” but they have not made it clear what charges are being leveled against her. Since her arrest, her lawyer has not been allowed to see her – even though he has been officially approved as her attorney.

“We don’t know what has happened to her,” says Katayoon, who is based in the UK. “My cousin and her lawyer went to see her several times, but they didn’t let either of them see her. They weren’t even prepared to accept her medication, any clothing, or money so she could buy some water.”

Hoodfar is a renowned expert on gender and Islam and a teacher at Concordia University in Montreal. She holds dual Iranian-Canadian citizenship and has lived in Canada since the late 1980s.

She was first held back by Iran’s Revolutionary Guards’ intelligence unit on March 10, just one day before she was due to return to Canada. Security forces confiscated her personal belongings, including her passport, research documents and computer. Although she was released on bail, Hoodfar was repeatedly summoned for interrogation and was prevented from leaving the country.

Over the past three months, the family has occasionally been able to talk to Hoodfar, who assured them the interrogations would soon end. “She was under the impression that the whole thing was a misunderstanding, and she told us not to publicize anything,” Katayoon said. “But once she was detained in Evin Prison, we thought we had to do something.”

Katayoon says the interrogations were lengthy and grueling, which increasingly put Hoodfar under considerable stress. “Initially the interrogators were apparently respectful, asking questions about various research she has done, feminism etc. But at a later stage, suddenly the tone appeared to have changed, and when we spoke with her she was very stressed. We know she has been questioned for hours, and every time she came back she had severe headaches.”

Hoodfar has traveled to Iran many times in the past. She has not traveled there recently due to the fact that her husband was seriously ill.

“Her husband died of cancer last year. We lost our mother about two and a half years ago. So she has been under continues stress,” Katayoon says.

She adds that as a result, Hoodfar has developed a rare neurological condition, Myasthenia Gravis, which has severely affected her eyesight and gives her continuous headaches. And last year, she suffered a mild stroke.

“Because of the stroke she has had, we are extremely worried that she won’t get the right medicine,” Katayoon says. “Her medicine has to be controlled very carefully, but the authorities don’t want to know anything about it, they don’t want to accept any medicine. Any possibility that she might have another stroke freaks me out.”

Katayoon says the accusations against her sister are unfounded. “She is not an activist, she’s not a provocateur, she only went there as an academic,” she says.

She describes Hoodfar as a “gentle, caring, and very receptive” woman who cares a lot about her students. “She has been supervising so many PhD students who love her very much,” she says.

Katayoon recalls one of their last phone calls: “My sister was very concerned that one of her PhD students, who was due to submit her thesis, could not submit it because she was held in Iran. I kept telling her, ‘At the moment the most important thing is your health. So don’t worry so much about your PhD students.’ But she did, she was very worried.”

The detention of Homa Hoodfar is the latest in a string of arrests of dual nationals in Iran, which does not recognize dual citizenship. Although Iran’s moderate president Hassan Rouhani has encouraged Iranians in the diaspora to return, many have been arrested and prosecuted – often accused of crimes against national security related – when they have done so.

Other dual nationals arrested in Iran in recent months include Iranian-British Nazanin Zaghari-Ratcliffe, a media charity worker, who was detained in April while visiting her family in Tehran. She has since been held in solitary confinement “in connection with threats to national security.” For more than a month after her arrest, she was not allowed to see the family’s lawyer or her 22-month old daughter, Gabriella, who was with her in Iran at the time of her arrest.