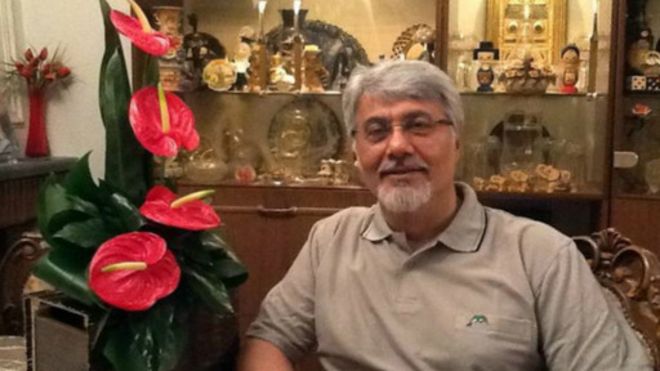 According to the website Kaleme [link in Persian], Saharkhiz was transferred to Tehran’s Cardiovascular Hospital from Evin Prison after prolonged hunger strikes. He is currently on oxygen and his health has deteriorated.

Islamic Revolution Guards Corps’ Intelligence Unit arrested Saharkhiz on November 2, 2015 as part of a crackdown on journalists, who were accused of being members of a “network of infiltrators” that were colluding with “hostile governments.”

Saharkhiz was kept in solitary confinement for several months. He was sentenced to three years in prison on August 9, 2016 on charges of "insulting Iranian officials" and "propaganda against the regime." On September 17, 2016 Branch 28 of the Islamic Revolution Court notified his lawyer of a reduction in his sentence to 21 months’ imprisonment.

Saharkhiz previously spent four years in prison in the aftermath of the 2009 presidential election. He is the co-founder of Iran’s Association for the Defense of Press Freedom.