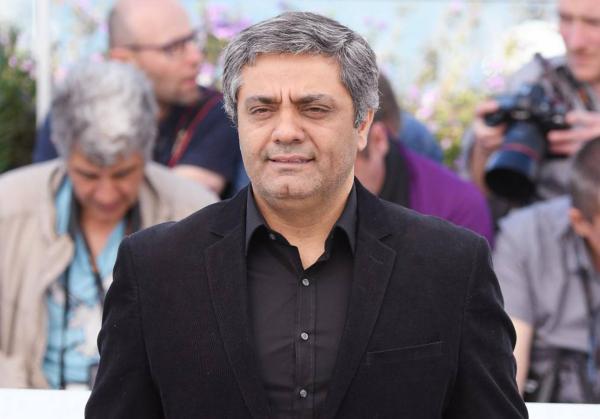 Iranian filmmaker Mohammad Rasoulof, who is barred from leaving his country and forced to make his films clandestinely, has been given one of the top awards in the world of films, being honored with the Berlin Film Festival’s Golden Bear for his film There Is No Evil. This accolade and the awards Rasolouf won for his last film, A Man With Integrity (2017), mean he is now easily one of the most decorated filmmakers in Iranian history. Both films were made in secret.

With There Is No Evil, Rasolouf continues the rebel attitude that mark his other recent films. Since his ban, he has become ever more brave, eschewing the many written and unwritten rules of Iranian filmmaking and exploring taboo topics such as political prisoners and capital punishment. His films have depicted women not wearing hijab and ignored the ban on showing even the slightest human contact between men and women, even a handshake, which films with official endorsement must observe.

There Is No Evil poses a question that is perennially relevant to those living under dictatorships: What role can ethical choice play in an authoritarian environment and how can one refuse to cooperate with the ruling tyranny? The four episodes of the film are united around this theme, with specific reference to capital punishment.

Iran boasts the second-highest execution rate in the world after China, so it is no surprise that capital punishment has long been a favorite topic of filmmakers. Before Asghar Farhadi became known to the world with his middle-class social dramas, his Beautiful City (2006), his first-ever collaboration with the actress Tarane Alidoosti took on capital punishment as its theme. But There Is No Evil is distinct, and focuses on a specific detail — the people who carry out the menial tasks of the execution. It profiles the conscripted soldier on duty who pulls the chair from under a man being hanged, or the state employee on a modest wage who pushes the execution button just as he preparing to have his dinner. Social dramas on the broader roots of injustice are familiar in Iranian cinema, but Rasoulof’s latest instead focuses on personal responsibility under a dictatorship. His stories speak of the heavy price paid for saying “no” under a dictatorship, and of how this is interwoven into the lives affected by such decisions.

What I love about There Is No Evil is that it doesn’t force easy answers on the viewer. I have never been a fan of some of the didacticism of dissident Iranian cinema, including Rasoulof’s previous film, A Man With Integrity or, even worse, the platitude-filled recent films by Jafar Panahi, including Taxi Tehran, which won the Golden Bear in 2015. His Three Faces — shockingly and undeservedly, at least to me — won the best screenplay award at Cannes in 2018. But Rasolouf’s latest, while still including some unfortunately didactic and on-the-nose dialogue, goes further, showing how masterful the 48-year-old director has become in the creation of diverse cinematic worlds. The film’s four episodes happen in very different circumstances and deploy creative tempos. The first appears to calmly and slowly portray a very ordinary day in the life of a middle-class Tehrani family until it shocks the viewer in its very last few seconds, pulling them deeply into the film.

Two of the episodes take place in far-flung areas: one in an isolated cottage in the luscious jungles of northern Iran and the other in a mountainous area with no mobile phone access. These kinds of settings seem to have become a regular characteristic of  Iranian clandestine cinema. Panahi uses a similar mountainous setting for his Three Faces. This is at least partially out of convenience (it’s easier to make films away from the authorities’ view when you do it in the middle of nowhere). But it has also given something of a symbolically anarchist coloring to films like There Is No Evil: Just as the filmmaker has to build an independent existence away from the government, the films’ protagonists attempt to build an alternative liberated zone away from the clutches of tyranny. Such is the Zapatismo of Rasolouf.

The second episode includes serious action and running-away-from-police scenes that show Rasolouf in an directorial role the viewer wouldn’t have expected. The episode ends with a rendition of “Bella Ciao” sung by two lovers, which shows the director’s revolutionary romantic inclinations. The last episode features a very different romantic revolutionary paean: “Kiss Me,” a well-known Persian progressive hymn that is the opposite of Bella Ciao — solemn and morose as Bella Ciao is rousing and electric. Rasolouf’s use of the songs works well with the storyline and he thus portrays widely different outcomes for non-cooperation with power.

In a most memorable scene from the last episode, the protagonist’s wife speaks of how he is “calm” if not “happy,” just as “Kiss Me” is playing in the background. In a film with clear autobiographical tones, it is hard not to see this as a statement about Rasolouf himself, especially when we know it is his own daughter, Baran Rasoulof, who plays the protagonist’s daughter in the last episode. With this brilliant film, the Iranian director has shown that he can be both “happy" and “calm”; and with the recognition that comes with the Golden Bear, he might even be over the moon tonight, even if the tyrants in Tehran deprive him of his most basic rights.