Journalist Forced Out of Iran: “They're Harassing my Mother” 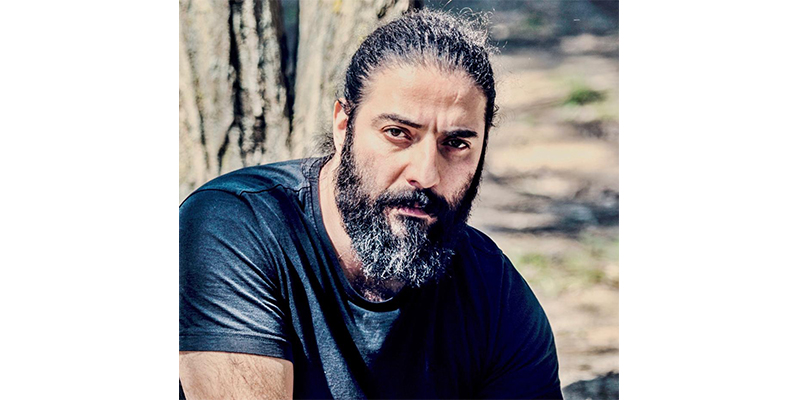 Payam Masouri, a photographer and journalist who was forced to leave Iran in 2013, has told Journalism is not a Crime that Iranian authorities have been harassing his family to pressure him to return to the country.

It’s a tactic agents have used against him before. Masouri said when he first left the country, security forces contacted his mother and brother and threatened to kill him. Recently, they have started again.

Masouri, a photography graduate of Sureh University, now lives in Turkey. Before fleeing, he worked as a photographer and journalist for Anna and Mehr news agencies, the newspapers Kilid and Farhikhtegan and Andisheh magazine.

"Almost a year after I left Iran, the threatening calls to my mother and brother began," Masouri said, adding that he had been particularly worried about his mother. He said agents would get in touch often, making short, menacing comments designed to cause the most panic possible and pressuring her to make him come back to the country. “They say,’ we know where your son is, we can do whatever we want to him.’ Now if I don’t answer the phone, she worries. She can’t sleep she’s so worried something bad will happen to me. They know what my mother's weaknesses are and scare her with calls or text messages. It is as if every time they have nothing to do, they remember my mother ..."

Masouri isn’t sure why agents have decided to resume their campaign against him. "After all, I have no media activity other than posting on Twitter. My brother called me several times and told me not to write anything for a while so that they would leave them alone. It used to be the intelligence section of the Revolutionary Guards, but I don't know anymore.”

On August 14, he went public about what he and his family had been going through, posting on Twitter: "The threats and harassment of my mother and family members for my activities are just a sign of your cruelty and dishonesty. Even when you threaten publicly, you are only shaming yourself.”


A Family of Activists

Masouri says he has been targeted not only for his work as a journalist, but also because he comes from a family of activists that has protested against the regime. "I became acquainted with the threats of the security forces as a child because of the political activities of many of my family members," he said. "They called our home regularly or broke into the house. They searched through our lives and questioned us.

Masouri explained that several members of his family were executed at the beginning of the revolution and several were imprisoned. Others managed to leave the country. His cousin is Saeed Masouri, a political prisoner who has been detained since 2000 on charges of moharebeh (waging war against God) through collaborating with the Mojahedin Khalq Organization, also known as the Mojahedin People’s Party (MKO/MEK). He was initially sentenced to death by the Revolutionary Court. "The only positive thing that happened to our family in recent years was that Saeed's death sentence was commuted to life imprisonment," Masouri says. "He has been in prison for 20 years now.

“My problem with me is my surname. I was harassed many times at university and then at work because of my last name, family background and my family’s past, which has nothing to do with me …The university security summoned me several times and asked about my family. They must have known them very well, but they just wanted to harass me and show me what they knew.”

For a long time, he says, he did not even want to talk out loud about the family issue and the pattern of harassment.

Because of this, media outlets stopped wanting to work with him, and other businesses did not want to employ him either. "I talked to the media many times and they promised to work with me, but then through a phone call or a friend, they would say that unfortunately they were not able to work with me on a regular basis. It was not just about journalism, but anywhere I applied for a job. It was impossible for me to continue in this situation and I was forced to leave Iran.”

Authorities target him because of his family, but they also see him as a political activist in his own right.

"I am a photographer and if I had anything I objected to, I would show it in my photography. I photographed the 2009 protests and some other civil society protests. Like any other citizen, I had the right to react to what was happening in my country, but because of my family background, my family and I were under pressure.”

He was detained for a short period in 2010 in the aftermath of the 2009 presidential election. "About a week before my arrest, two Revolutionary Guards intelligence agents came to our house. They came to ‘advise me’ and brought a Koran as a gift. They said I should have nothing to do with politics. They said, ‘go and open a shop’ and said they would help me do it. I did not know what to say to them, I just smiled. The following week, when I was arrested, an interrogator called Mansour said, 'You are here because you laughed at us that day.' During interrogation, I was told that I had sent photos of the 2009 protests to foreign media and that I was in contact with foreigners. They kept my camera for some time.”

Masouri says he receives regular abuse from people on Twitter too, including threats that he will be detained, thrown into a sack and then taken back to Iran. Someone using the Twitter handle "Signal" threatened to take him somewhere where "nobody would ever find him.”  Like other threats, this online abuse also mentions his family.

The threats are menacing in themselves, but they also nod to a recent trend of Iranian security forces tracking down exiled journalists and activists and either luring them back to Iran or abducting and kidnapping them.  A recent example is Ruhollah Zam, the founder of the Amad News website and Telegram channel, who was arrested in Iraq and returned to Iran. He is currently on death row.

Saeed Karimian, the director of Gem TV, was assassinated in Turkey a few years ago. He and his family faced harassment, and some of his family members were detained and urged to apply pressure on Karimian to shut down the television channel. One of the main people linked to this harassment was Judge Gholamreza Mansouri, who recently fled Iran to escape corruption charges and then died in Romania in suspicious circumstances.

"Keep doing what you’re doing and we’ll come and say hello to you and your family,” Masouri’s Twitter threats read. “Even though you have fled the country, you are not far away. We can be your uninvited guest. We’ve said what we had to. It is up you."