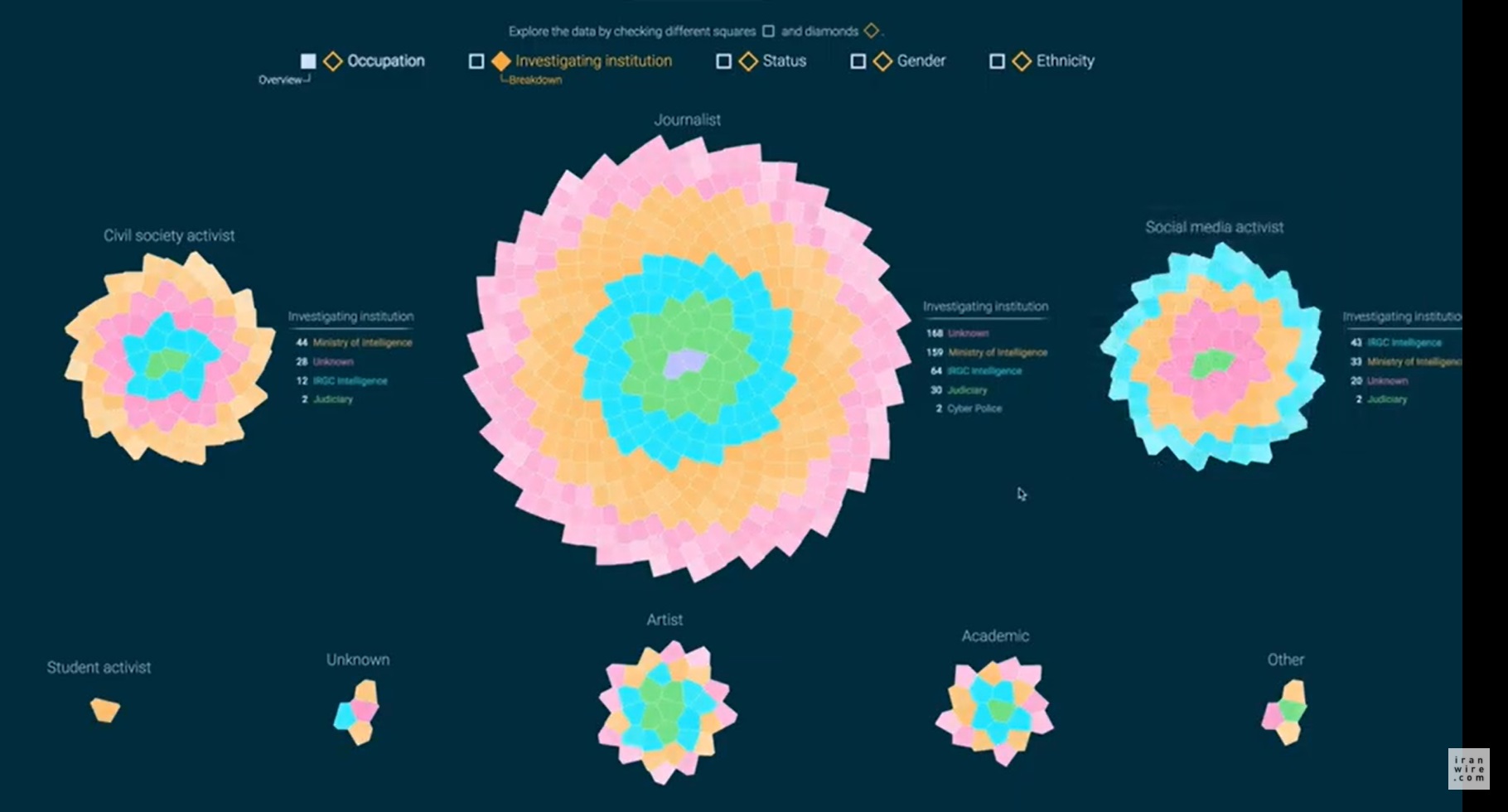 The Islamic Republic of Iran is one of the most hostile states to journalists in the modern world. Ranked at 173 out of 180 countries in the latest Press Freedom Index, the Iranian state regards freedom of expression as a security threat and as something to be violently curtailed.

For decades now the regime has conducted punishing crackdowns on even partially free-thinking media outlets, shuttered all publications that questioned the official line, and harassed, arrested, tortured, exiled and even executed reporters and information activists simply trying to do their jobs in stifling conditions. This has reduced journalism in the country to a husk, and causes untold damage not just to the individuals targeted, their families and loved ones, but also to the wider public.

Journalism is Not a Crime and sister website IranWire have sought to document each and every known state-sponsored attack on an Iranian journalist in the past 30 years. Our new project, Visualizing Censorship in Iran, aims to help observers make sense of all of the incidents documented so far. It draws on a dataset of more than 700 reporters, academics and activists known to have been targeted by the regime, and through a series of unique visualizations, it clearly lays out the breadth and characteristics of the Iranian regime’s campaign against free expression.

By summoning up one of our beautiful digital “rosettes”, in which each tile represents a person who has been attacked in the course of their duties, users can peruse the dataset in full and click through to individual profiles. You can also apply filters to learn more about the regime’s patterns of behavior, sorting the records by occupation, investigating authority, status, ethnicity or gender.

This is a live project and will continue to grow as and when fresh incidents come to light. We hope that Visualizing Censorship in Iran will prove a useful means for experts, human rights advocates and casual readers alike to take in what is known about the Iranian state’s abysmal track record on free expression. And by signposting readers to their individual stories, we hope none of those who have suffered in the course of their work will be forgotten.

You can help us complete the list by contacting [email protected].