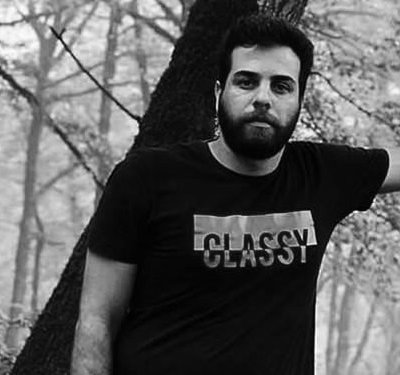 Armin Shafizadeh, a civil society activist, has been detained in Dastgerd Prison in Isfahan since June 6, 2020. He was sentenced to three years in prison for participating in a protest rally and sending videos and photos of the protests abroad.

Armin Shafizadeh, a civil society activist, is in prison for participating in a protest rally and sending footage of the protests abroad.

Shafizadeh had been ill with Hepatitis C at the time of his arrest and he requires medical attention from a physician.

But Shafizadeh was first arrested on October 23, 2017, by agents of the Ministry of Intelligence, at his home in Shahin Shahr, Isfahan. After his interrogation was completed, he was transferred to Sheiban Prison in Ahvaz.

He was then sentenced to a year in prison by the Branch 3 of the Revolutionary Courts of Ahvaz on charges of “propaganda against the state” and “blasphemy.”

Armin Shafizadeh was arrested for the second time on May 11, 2019, at his grandmother’s funeral in Isfahan. Agents then transferred him to one of the Ministry of Intelligence’s facilities in Shahin Shahr.

A day later, Shafizadeh was transferred to Section “Alif-Tah” of Dastgerd Prison in Isfahan. He was held there for a month before being released on a bail of 100 million tomans.

Shafizadeh was later sentenced in absentia to three years in prison, while he was detained yet again, in Sheiban Prison in Ahvaz. He and his lawyer had not been told when the trial would even take place. He was later released, in April 2020; but less than two months later, on June 8, 2020, Shafizadeh was arrested once again.


Shafizadeh was then transferred to Dastgerd Prison in Isfahan to serve a three-year prison sentence.