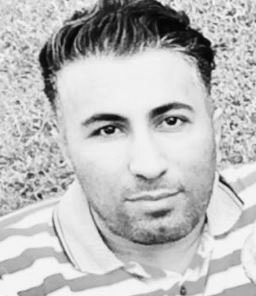 Farokh Abdi is a Kurdish media activist who was the manager of a Telegram channel, Amanj, which focused on covering Urmia news; he was arrested on February 10th 2018.

The channel’s mission statement is the “conservation and recognition of Kurdish literature and culture”.

According to another Telegram channel, Human Rights in Kurdistan, Abdi, the manager of Amanj, was charged with “Propaganda against the Regime” and “Defamation of the Supreme Leader” by the 2nd  Division of Islamic Revolutionary Court of Urmia. The court found him guilty of both charges and sentenced him to a total of three years in prison - one for propaganda and two for defamation. According to the source, Abdi’s verdict was officially announced to him while he was in Urmia Central Prison.

Kurdpa, a local website also wrote: “Amanj channel manager was arrested on February 10th 2018, in the island of Qeshm, and was sent back to Urmia for interrogation. He was questioned for a month [before he was] transferred to Urmia Central Prison.”