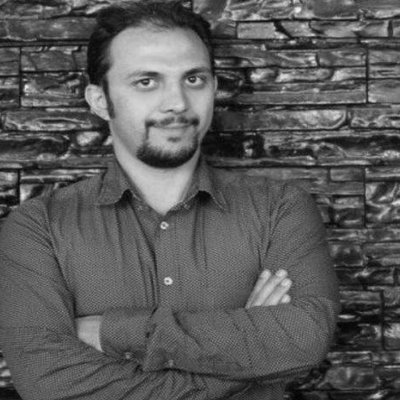 Hamed Ayinevand is a journalist and political activist who was sentenced to six years in prison. On June 23, 2020, he was released from prison on parole after serving a portion of his sentence.

Beyond activism and journalism, Ayinevand is a PhD student studying international relations at the Science and Research Branch of Islamic Azad University. He also previously applied to be the Islamic Consultative Assembly representative for the Tuyserkan constituency, but he was deemed to be ineligible by the Guardian Council and was disqualified from the elections.

On June 28, 2018, Ayinevand was arrested by agents from the Intelligence Protection Organisation of the Islamic Revolutionary Guards Corps (IRGC) while he was leaving the National Library of Iran in Tehran.

Following his arrest, Ayinevand’s bail bond was issued, but he was prevented from being released on bail and his release was denied.

Hossein Bayat, Ayinevand’s lawyer, told the Center for Human Rights in Iran: “After his arrest, his bail bond was issued at 50 million tomans. However, according to the written document, the accused was transferred to prison as he was unable to pay the bail. Hamed told me that they put a piece of paper in front of him and that he was forced to sign it before he could read it. They never talked to him about the bail even though he would have been able to pay it. Since then, his father and I have said several times that his bail was ready but nothing has come of it.”

Ayinevand was forced to endure 45 days of interrogation and solitary confinement in Section ‘2A’ of Evin Prison, which is affiliated with the Intelligence Organisation of the IRGC. He was then transferred to the general prison population.

Hossein Bayat, Ayinevand’s lawyer, told the Center for Human Rights in Iran that after the interrogations against him were finished, his client should have been released in accordance with the law: “Over the 24 years that I have been a lawyer, when the prosecuting authority finishes their initial investigations and transfers the prisoner to the public wards, they [the accused] normally no longer have to worry about being accused of charges relating to foreign forces, collusion, or worry about the threat of execution. Therefore, the continuation of my client’s detention, from the time he was transferred to the general prison population, has no legal basis.”

Bayat continued, saying: “All throughout this period, I have been trying my best to secure my client’s release by converting his temporary detention into temporary leave or release on bail. Unfortunately, my requests have been repeatedly denied. I have gone to the courts on numerous occasions but I was unable to meet the judge in my client’s case. Once, I was allowed to see the judge’s adviser and asked him because Hamed's private life was collapsing. He agreed to release Hamed on temporary bail until his trial but unfortunately I haven’t received any official response since.”

Hamed Ayinevand was charged with “propaganda activities against the state” and “gathering and colluding with the intention of committing actions against national security.”

On February 5, 2019, Bayat, Ayinevand’s lawyer, spoke to the Center for Human Rights in Iran in an interview, saying: “His posts and writing online, which had been republished by websites such as GouyaNews and AmadNews, were used as evidence for the charge of ‘propaganda against the state’. Likewise, some of his private conversations were printed and used as evidence for the charge of ‘gathering and colluding against national security’.”

Bayat emphasized that private conversations, that had not been made public, could therefore not be used as the basis for the charges.

Ayinevand’s trial was held in Branch 28 of the Islamic Revolutionary Courts of Tehran, presided over by Judge Mohammad Moghiseh.

He was denied his right to a lawyer for the trial. Hossein Bayat, the lawyer, stated that he had been prevented from appearing as Ayinvand’s defense lawyer as he had not drawn up an official financial contract with the defendant.

Bayat spoke to the Center for Human Rights in Iran about this issue, saying: “I had previously spoken to the judge and said that, as Hamed is one of my relatives, I would not take money from him. Hamed himself had explained this in a letter from prison, but I was denied access to his trial under this same pretext and Hamed was forced to defend himself on his own.”

The trial took place in February 2019 and the court sentenced Ayinevand to six years imprisonment on the aforementioned charges.

The lower court’s sentence against Hamed Ayinevand was upheld in Branch 36 of the Court of Appeals of Tehran, presided over by Judge Ahmad Zargar.

The appeal hearings were held in absentia of both the defendant, Hamed Ayinevand, and his lawyer, Hossein Bayat, and the defendant was denied his right to present his final defense statements.

According to Article 134 of the Islamic Penal Codes, only the most severe punishment, the five years' imprisonment (including his temporary detention) on the charge of “gathering and colluding with the intention to commit actions against national security,” is enforceable against Hamed Ayinevand.

This article of the Islamic Penal Code states that in crimes that result in a criminal punishment, if there are no more than three criminal charges, the court will determine the maximum punishment for each of the crimes.

During the Covid-19 outbreak in Iran, Ayinevand’s lawyer Bayat requested that the court grant Ayinevand temporary prison furlough because of the health crisis in prisons. Bayat spoke to Radio Zamaneh about the issue, saying: “At the moment, the requests of political prisoners are not at the top of the judiciary’s agenda.”

The judiciary never responded to Hossein Bayat’s requests and Hamed Ayinevand was not released on furlough due to the Covid-19 outbreak.

On June 23, 2020, Hamed Ayinevand was released on parole after having served 28 months of his sentence.