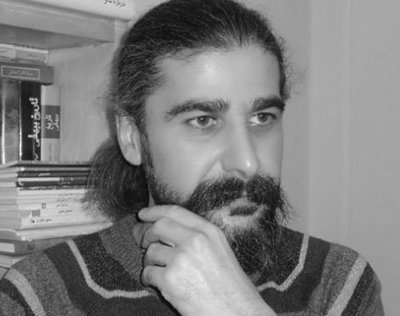 Writer and member of the Iranian Writers’ Association

Keyvan Bajan is a writer and a member of the Iranian Writers’ Association.

Bajan was arrested for the first time in Spring 2015 by agents from the Ministry of Intelligence and interrogated. Three years later, after a legal case was opened against him, he was sentenced to six years imprisonment on the accusations of “propaganda against the state” and “gathering and colluding with the intention of committing actions against national security.”

The six-year sentence was later reduced to three and a half years in prison in the Court of Appeals because Bajan had no previous criminal activity.

The Iranian Writers' Association announced in a statement on May 27, 2015, that Bajan had received a summons by telephone from the Ministry of Intelligence. The statement also protested against the increase in pressure on the Association, saying, “The Iranian Writers’ Association objects to the increase in this type of pressure from the security forces. It is a clear violation of the freedom of expression and the right to form and participate in any organization.”

One week before the two new summons, agents from the Ministry of Intelligence intervened to prevent the commemoration of the annual anniversary of the poet Ahmad Shamloo’s passing at the Imamzadeh Taher in Karaj. At least five citizens, including Roozbeh Sohani and Ali Kakavand, both members of the Iranian Writers' Association, were arrested because they were at the ceremony.

In addition to this, on May 25, 2018, security forces from the Ministry of Intelligence also prevented the 50-year anniversary celebrations of the foundation of the Iranian Writers’ Association. According to reports at the time, security forces closed the roads and houses in which the ceremony was due to take place, confiscated posters, memorabilia and other items for the ceremony, and detained and interrogated a number of the attendees.

A few weeks later, on June 17, the Ministry of Intelligence confiscated 30 copies of the four-volume book Fifty Years of the Writers' Association of Iran, with 120 books confiscated in total, which had been published by the editorial board on the occasion of the Association’s anniversary.

After appearing at Branch 7 of the Evin Prosecutor's Office, in August 2018, Bajan was acquitted of the accusations and released on bail. However, on November 3, 2018, Bajan was again summoned and referred to Branch 7 of the Evin Prosecutor's Office and accused of “gathering and colluding with intent to commit actions against national security,”  and “inciting women to corruption and prostitution.”

A source familiar with the matter told the HRA News Agency, “The allegations made during this hearing have been rejected by all three defendants [Reza Khandan, Keyvan Bajan, Bektash Abtin] and all of them have requested that some form of evidence to be presented to support these allegations.”

According to this source, the prosecutor of the case increased the bail of these three members of the Iranian Writers’ Association from 50 million tomans to 100 million tomans and then later to a billion tomans.

Following these accusations, the Association published a statement on November 9, 2018, in which it condemned the legal proceedings against the three members of the Association's Board of Trustees and called for the charges to be dropped and the case to be closed.

Arrested for being unable to meet bail

On January 22, 2019, Khandan, along with Bektash Abtin and Keyvan Bajan, appeared before Branch 28 of the Revolutionary Court of Tehran for a new hearing in their cases. But they were subsequently arrested, after failing to meet the bail of a billion tomans apiece. Judge Moghiseh also denied their requests for a lawyer to present.

After the fresh arrests, the Association published a new statement, saying that “The principle behind bail is that it ensures the accused will be present in court, and so in cases where the accused appears in court, there is no justification for such an exorbitant bail.” The statement reiterated the Association’s call for the immediate and unconditional release of its three members.

The statement added that “Defending freedom of expression is, without exception, the inalienable right of all citizens, and this includes the members of the Iranian Writers' Association. Therefore, no one should be prosecuted or sentenced [to penalties] for exercising this right. This is especially so since their incontrovertible rights have been suppressed in the ‘courts’ in the manner of the ‘Balkh Courts,’” the statement adding, with reference to Persian literature.

On January 30, 2019, Keyvan Bajan was released from Evin Prison on bail until his case could be heard in court.

The court proceedings against Bajan were officially postponed until April 27, 2019, but they eventually took place with a one-day delay on May 28, 2019, in Branch 28 of the Revolutionary Courts of Tehran presided over by Judge Moghiseh.

Some of the evidence used to support the accusations made against Bajan were his connection to books published by the Iranian Writers’ Association, including their commemorative anniversary book, taking part in meetings of the Association, statements made by the Association, publications of the Association’s members’ journal and newsletter and articles and content that he had published on personal accounts in relation to the anniversary ceremonies of Ahmad Shamloo, Mohammad Mokhtari and Mohammad Jafar Powyandeh that took place at the Taher Imamzadeh in Karaj.

This court hearing took place with Bajan and Khandan present along with their lawyers, Nasser Zarafashan and Razieh Zaidi. The defendants and their lawyers rejected the evidence used to support the charges made against them and they stated that the accusations were false.

On May 3, 2019, the freedom of expression organization PEN International issued a statement in which it expressed concern over the sentencing of the three members of the Iranian Writers’ Association. “We stand with our Iranian colleagues who have been targeted for their writing and their peaceful activities,” PEN International said in a statement. “We also call on the Iranian authorities to drop the charges against these individuals and respect their right to the freedom of expression.”

Eighteen years in prison for Khandan, Bajan and Abtin

The Writers’ Association published a statement in which it condemned the verdicts and sentences. A excerpt of the statement reads, “The three writers have been sentenced to a total of 18 years imprisonment for simply being members of the Iranian Writers’ Association, for publishing a private journal for a cultural organization, for gathering documents for a book to commemorate the Association’s fiftieth anniversary, for visiting the graves of Ahmad Shamloo, Mohammad Mokhtari and Jafar Pooyandeh, for signing statements defending the freedom of expression of writers and artists, and for opposing executions and censorship. Which of these could be considered related to ‘national security’? How can publishing a journal or protest statement be considered actions against national security? Whose security is endangered by the membership of the Association and going to the graves of poets or writers? Any court that has even the smallest modicum of justice or independence, and observes even the most basic notion of human rights, would consider that this doesn’t constitute any form of ‘evidence’ but rather just an excuse to file a criminal case.”

On May 18, approximately 900 members of the Association wrote to the country’s executive and judicial authorities, calling the prison sentences “a grave violation of the fundamental rights of the Iranian people” and demanding the exoneration of the three Association members as well as their immediate acquittal and release.

Reduction of the final sentence

In December 2019, Branch 36 of the Court of Appeals of Tehran Province, presided over by Judge Ahmad Zargar, reduced the sentences of the three members of the Iranian Writers’ Association, without either the defendants of their lawyers present, to a total of 15 years and six months imprisonment.

According to the sentence issued on December 28, 2019, the lower court’s sentence against Bajan was reduced by two and a half years, to three and a half years imprisonment, because he had no former criminal record.

The Iranian Writers’ Association published another statement in response to the Court of Appeals ruling, saying “The whole process of this case, from the beginning until now, has been completely inhumane and in contempt of the process of justice.” The Writers’ Association also called on writers, artists, and cultural and human rights organizations to protest the court’s rulings and to call for their repeal.

Summons to enforce the court’s sentence during the coronavirus outbreak

On March 10, 2020 – in the midst of the coronavirus outbreak in Iran, with concerns mounting about the health conditions for prisoners during the outbreak – the three jailed members of the Iranian Writers’ Association were summoned to Branch 1 of the Sentence Enforcement Department of the Prosecutor’s Office of Evin Prison for them to begin serving their sentence.

The summons came despite Ebrahim Raisi, the head of the Iranian judiciary, having previously issued a public letter which stated that, to limit the spread of coronavirus, judicial authorities had been requested to defer jailing convicted individuals who were either released on bail or had yet to begin their sentences except in “vital” cases. Raisi also stated that: “Convicts whose convictions have been finalised and are currently on bail should be barred from entering prisons until the end of April, unless absolutely necessary.”

The Iranian Writers’ Association again responded to the latest developments, saying: “The judiciary is determined to imprison these three writers. And at this point, with the coronavirus spreading so rapidly throughout the country and taking so many lives, does it mean anything other than that security and judicial officials want to send their critics to be sacrificed? The issuance of such rulings and statements by the judiciary of the Islamic Republic is a clear and obvious sign that this institution is not adhering to the most basic moral and human rights standards.”