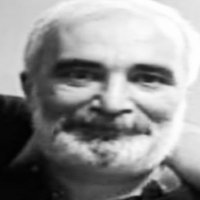 Mahmoud Barati Goudarzi is a resident of the city of Boroujerd and a social media activist on Telegram. He published several articles on a Telegram channel in support of Reza Pahlavi, the former crown prince of Iran, now living in exile in the United States.

In 2018, Goudarzi was arrested for his pro-monarchy Telegram activities.His trial was heard in Branch 1 of the Courts of Boroujerd where he was sentenced to three years in prison on the charges of “propaganda activity against the state,” “insulting Ayatollah Ruhollah Khomeini” and “insulting the Supreme Leader of Iran,” Ayatollah Ali Khamenei.

The legal proceedings against Goudarzi led to him being fired from his place of work.

Despite suffering from an acute bone tumor disease, Goudarzi was sent to Boroujerd City Prison in July 2019 to serve his three-year prison sentence.