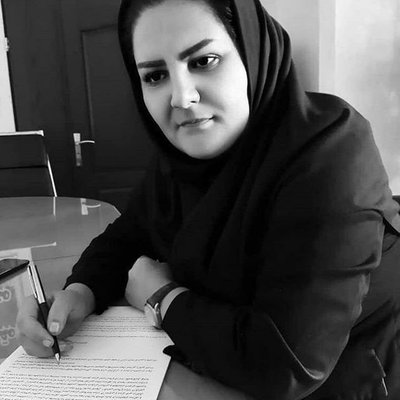 Malihe Barghi Sedeghiani is a Turkic-Azerbaijani journalist and the manager of the news website and Telegram channel Yurd Sas who lives in Iran’s Western Azerbaijan province.

On March 1, 2020, Barghi Sedeghiani was arrested by members of the Islamic Revolutionary Guard Corps [IRGC] Intelligence Organisation of Urmia.

According to local sources, Barghi Sedeghiani was arrested for her activities during the February 2020 parliamentary election in Western Azerbaijan province.

Sedeghiani has been charged with “disturbing the public peace” and she has remained in custody since her arrest in March.

Prior to her arrest, on February 5, 2020, Sedeghiani posted a photo on her Instagram page for which she had written the caption, “Finally, after a year, we have received the publication license for the Yurd Sas news website from the Ministry of Culture and Islamic Guidance in Tehran.”