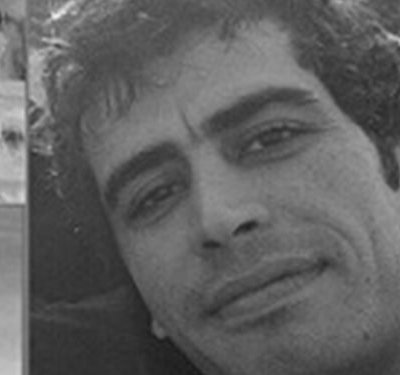 13 years and 2 months imprisonment (of which 7 years and 6 months is enforceable), two years compulsory residence in Fahraj, Kerman and a ban on membership of any political party or organisation. Completely upheld in the Court of Appeals

Mehi Meskin Navaz is an online activist living in Bandar Anzali. He was arrested by agents of the Islamic Revolutionary Guards Corps Intelligence Organization due to his online activities and his management of the Kargah Amoozesh Fatah Tehran / Tehran Conquest Workshop channel on Telegram.

After his arrest on May 5, 2019, Meskin Navaz was transferred to Tehran and placed under interrogation in Section 2A of Evin Prison, which is affiliated with the Revolutionary Guards. He was later transferred to the general prison population at the end of the investigatory period of his case.

In July 2019, Meskin Navaz was informed of the accusations filed against him in Branch 2 of the Prosecutor’s Office of Tehran. An indictment was issued against him and his case was referred to Branch 26 of the Revolutionary Courts of Tehran.

On December 9, 2019, the case was heard in Branch 26 of the Revolutionary Courts of Tehran, presided over by Judge Iman Afshari. He was sentenced to 13 years and two months in prison, a two-year compulsory residence in Fahraj, Kerman, and a ban on membership of any political party or organization on the accusation of “gathering and colluding with the intention of committing crimes against national security,” “insulting the Supreme Leader of Iran” and “propaganda against the state.”

According to Article 134 of the Islamic Penal Codes, seven years and six months of Mehdi Meskin Nabaz’s prison sentence is enforceable.

On January 14, 2020, the lower court’s sentence against Meskin Navaz was upheld by Branch 36 of the Court of Appeals of the Province of Tehran, presided over by Judge Ahmad Zargar. The Court of Appeals’ ruling was made in reference to Article 450 of the Islamic Penal Codes based on “there being no obvious necessity to convene the appeal hearing.”

On February 1, 2020, Meskin Mavaz and three other prisoners at Evin Prison, went on hunger strike in protest against their denial of parole,the authorities’ failure to comply with the demands of political prisoners, non-compliance with the principle of the separation of criminals of different types in prisons, delays in trial proceedings and the issuance and finalization of severe court sentences without appeal. Meskin Navaz ended his hunger strike voluntarily after some time.

In mid-March 2020, an informed source spoke about the situation for prisoners in Evin Prison in the midst of the coronavirus outbreak in Iran in an interview with Human Rights Reporters of Iran, saying, “Currently, prisoners in Evin Prison have been denied access to materials and supplies that would prevent the spread of coronavirus. Likewise, the prison’s medical wards lack even the most basic medical equipment. According to the officials of Evin Prison, Mehdi Meskin Navaz has been denied the right to any form of prison visitation due to his previous hunger strike and on the pretext that he has disrupted order in the prison. The denial of Mr Meskin Navaz’s visitation rights has caused a great deal of psychological stress to Mr Meskin Navaz’ only child who has not been able to see his father for over four months.”

The informed source added, “Prior to this, Evin Prison officials had told Mehdi Meskin Navaz that in order for him to be granted leave, he would have to personally submit a written application for leave to them. However, when Mr Meskin Navaz prepared his written request and tried to give it to the prison officials, they refused to take it. Mr Meskin Navaz’s family also appealed to the judicial supervisor of political prisoners in the Tehran Security Courts to grant him leave, however, they were told that prisoners were required to apply for a leave of absence and submit it to their relevant judicial prison authorities. As such, due to the officials in Section 4 of Evin Prison refusing to accept leave applications, Mr Meskin Navaz remains in uncertainty over his rights to be granted leave of absence from prison.”

The source also spoke about the Evin Prison officials’ negligence concerning recent statements by the head of the Iranian judiciary, Ebrahim Raisi, and the new guidelines he had implemented for the release of political prisoners during the coronavirus outbreak, saying, “The Evin Prison authorities have failed to enforce the public statements concerning the commutation and reduction of prison sentences, they have failed to comply with the guidelines for granting temporary leave to prisoners in accordance to the recent statements by Ebrahim Raisi and the possibility of temporary leave for political prisoners during the Covid-19 pandemic still remains unclear. Furthermore, officials in Evin Prison have not implemented the plans to reduce the numbers of prisoners in accordance with Ebrahim Raisi’s requests and they continue to detain prisoners in a state of uncertainty over their temporary leave at this time, as is the case for Mehdi Meskin Navaz. The majority of political prisoners have been denied conditional release while many are eligible under the new guidelines, including Mr Meskin Navaz, who has also been deprived of his right to leave or even any form of prison visitation.”

According to the Human Rights Activists News Agency (HRANA), on April 20, 2020, Mehdi Meskin Navaz was transferred from Section 4 of Evin Prison to Rajai Shahr Prison in Karaj where he is currently still detained and serving his prison sentence.