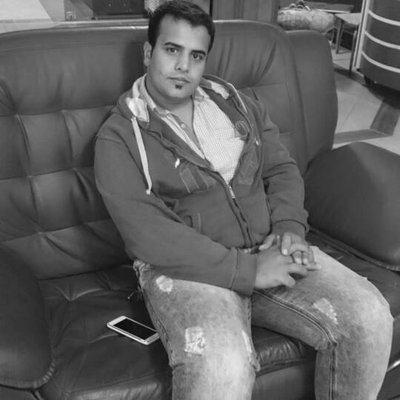 On September 10, 2016, Mohammad Mohajer was arrested by agents from the Ministry of Intelligence because of his activities on the Telegram social media platform.

On October 17, 2016, five weeks after his arrest, Mohajer was transferred to Section 8 of Evin Prison where he was subjected to over a month of interrogation. His case was sent to Branch 15 of the Revolutionary Court, presided over by Judge Abolghasem Salavatiy, with the final verdict being issued on April 24, 2017.

Evidence used in the court’s ruling were posts that Mohajer shared on his Telegram channel containing political and ideological criticism of the Islamic Republic.

The International Campaign for Human Rights in Iran released information regarding Mohajer’s case in May 2017, confirming the verdicts issued against him during the previous month.

That same month, the HRA News Agency released a report concerning Mohajer’s summons to the Disciplinary Council of Evin Prison. He had been summoned to the Disciplinary Council after arguing with the official responsible for the prison visitation facilities. Mohajer had protests against his limited time to see visitors, during visitors’ hours, the prison’s failure to comply with legal appointment dates and the denial of his right to wear personal clothes during meetings. Prison officials had also threatened to deprive Mohajer the right to have any visitors or parole in the future.

In June 2017, a month after the initial verdicts against him, Mohajer lodged an appeal against the court’s ruling. His appeal was heard in Branch 36 of the Revolutionary Court, presided over by Judge Zargar; it was scheduled to be heard on June 14, however despite Mohajer appearing in court on that date, the hearing was postponed because of the absence of the judge and his advisors.

The hearing was rescheduled for August 2, 2017. Judge Zargar again failed to attend but the case was heard by Judge Babaei.

In April 2018, the HRA News Agency announced a reduction to Mohajer’s prison sentence, in response to his appeals. He was cleared of some of the charges against him  on the basis of Article 134 of the Islamic Penal Codes and his prison sentence was reduced to five years in prison.

On April 26, Mohajer, who was still jailed in Evin Prison, was prevented from attending a medical center for treatmen despite having a written letter of approval from the prosecutor’s office and the prison’s supervising judge, and despite having already paid for his own treatment.

In May 2018, Mohajer and two other prisoners, Alireza Tavakoli and Mohammad Mehdi Zaman Saleh, were due to be freed from prison on conditional release but were prevented from doing so by the Ministry of Intelligence.

In November 2018, the HRA News Agency reported that the supervising judge of Evin Prison had denied Mohajer’s request for parole or for any form of leave, despite the fact that he had served 27 months of his 30 month sentence. (The sentence had previously received a further reduction from five years to two years and since months.)

Mohammad Mohajer was finally released from prison after having served two years and six months in prison. According to HRA News Agency, he was released from Evin Prison on the evening of February 27, 2019 at the end of his prison sentence.