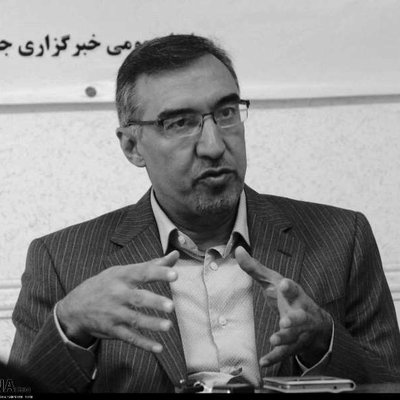 Mohammad Parham, a member of Borujerd City Council, was arrested for posting a video on Instagram. In his post he compared the ages of leaders and heads of state in various countries; the post was cited, in his arrest, as evidence for the charge of “insulting the Supreme Leader of Iran.” Parham is a reformist political figure in Borujerd and a member of the Nedaye Iranian Party, a reformist, social democratic party that emerged after the crackdown on reformists in the wake of the 2009 presidential election protests.

Parham also has a doctorate in sociology from the University of Tehran and is a university professor.

On December 25, 2019, Mohammad Parham reposted a video that compared the age of Iranian officials and the Supreme Leader of Iran, Ayatollah Ali Khameini, with officials in several other countries.

Parham reposted the original video from a post on the Instagram page of Mostafa Tajzadeh, another reformist politician, and minister of the interior under former president Mohammad Khatami. The video (unfavourably) compared the ages of Khamenei, the heads of the three main branches of Iranian government i.e. the Chief Justice of the Iranian Judiciary, Ebrahim Raisi, the Speaker of Parliament, then Ali Larijani, and the President of Iran, Hassan Rouhani, and the Chairman of the Assembly of Experts, Ahmad Jannati, with the ages of Finnish government officials.

Despite reposting the video, Parham repeatedly stated that his publication of the video had no particular intention or aim.

A few hours after he published the video, Mohammad Parham published another post in which he wrote: “I would like to inform my followers about a video from Mr Tajzadeh’s page that I reposted today in which he compared the average age of Finnish government ministers with the officials from President Rouhani’s government. Apparently, some of my fellow compatriots had a different interpretation [of the video]. I, like many of my friends and even my critics, believe that age is an important factor in executive and administrative work. However, in the fields of science, wisdom and thought, unlike executive affairs, being older means more maturity and proficiency.”

Parham also stated: “In the clip [no one] has been insulted or defamed. Thousands of people have now reposted the video in different cities across Iran. The general public are going to watch the film dozens of times over so that internet users can be informed about the problematic and criminal matter that it addresses. What’s strange is that this clip has been a problem in Borujerd, but not throughout the rest of Iran.”

Mohammad Parham concluded by writing: “I apologize to my loved ones if they had believed that the video was anything other than a comparison between the ministers of the two different governments. I hope that the atmosphere of friendship and harmony between us will only increase.”

Shortly after Parham published his Instagram post, Hezbollahis, strongly conservative Iranians who are staunch supporters of the Supreme Leader, issued a statement in which they accused Parham of having ridiculed and mocked Ayatollah Khamenei.

Alongside this public statement, there were other letters, statements and announcements condemning Parham’s Instagram post. In some of these statements, the Hezbollahis stated that they intended to hold a protest rally against Parham’s actions.

In a news report, the Tasnim News Agency, which is affiliated with the Islamic Revolutionary Guards Corps, wrote that Mohammad Parham’s apology post was unsatisfactory and that he had been arrested on the charge of “insulting the Supreme Leader of Iran.” Some social media users claimed that Parham was forcibly and violently arrested.

On December 25, 2019, The Young Journalists Club, an Iranian news agency that is affiliated with the Islamic Republic of Iran Broadcasting, the official Iranian state outlet, stated that Parham had been arrested because he had “hurt the morale of the people of the Islamic Revolution and Republic of Iran” and because of the strong “reactions against this irrational action [posting the video on Instagram].”

At the time of Parham’s arrest, the Public and Revolutionary Attorney General of Borujerd spoke about his arrest saying: “A member of the Borujerd City Council has been arrested on the charge of 'insulting the Supreme Leader of Iran' and 'carrying out propaganda activities against the Islamic Republic.' Prior to this arrest, the aforementioned Borujerd city council member had already published propaganda articles and posts against the holy Islamic Republic of Iran several times online. This member of the Borujerd city council is currently being detained on the aforementioned charges.”

Some of the media outlets that covered Mohammad Parham's arrest called Parham “cursed” because of his remarks.

A number of fundamentalist and conservative media outlets in Lorestan also reported that Mohammad Parham should have been arrested earlier because of his past criticism of the Iranian government.

Social media users reacted strongly to Parham's arrest. One user, who mainly covers messages and posts by Principlists, right-wing fundamentalists, published a post in response to Parham’s arrest, saying: “By God, he [Parham] was arrested just for criticising them [the government]. We’re all just pawns and play things of the Islamic Republic.”

Another group of users questioned the prosecutor's office interpretation of the charge of "insulting [the Supreme Leader]" as there was nothing in the video that could be understood to be insulting or defamatory. Other users claim that the phrase “nursing home,” which was used in part of the video, could be considered as evidence of insulting Iranian government officials. Another group of users considered what Mohammad Parham published to be a political critique.