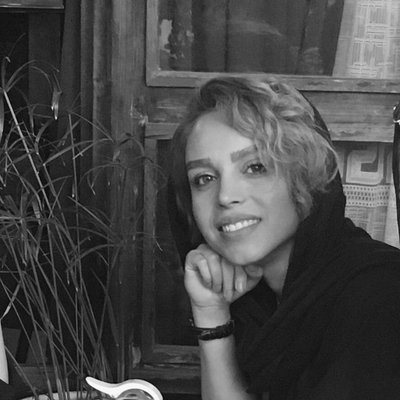 Journalist and editor Molood Hajizadeh, who works for the monthly publication Seda-ye Parsi (“Persian Voice”), was arrested on July 15th after being summoned to Evin Prison's prosecutor's office.

She was released a day later, on July 16th. Although the reasons behind her recent arrest are unknown, it could be linked to her previous arrest, along with 12 other women, on March 8th, 2018, outside the Ministry of Labor and Welfare, where they had gathered to mark International Women's Day.

Hajizadeh's arrest on July 15th, 2019 came after she was summoned by the prosecutor's office for Evin Prison. She responded to the summons and expected to be told to settle bail, but she was instead taken into custody.

On International Women's Day in 2018, Hajizadeh and as many as 80 other people were arrested for planning a rally outside the Ministry of Labor and Welfare, though the majority of those arrested were released the same day. Hajizadeh and 14 other women remained in prison until they were released on March 12th.

Various groups of women’s rights activists had called for the rally. They planned to read a statement of protest against gender inequality and discrimination against women, especially in the job market and education, and against the violations of their social and human rights and against the mandatory wearing of the hijab. The protesters carried signs that read: “No to Gender Discrimination,” “Equal Pay for Women” and “Freedom, Equality and Gender Justice.”

However, the rally was cancelled when the police responded with force and violence even before the statement could be read out. They arrested more than 80 people.

The majority of the protesters were released that night or the next day, but 14 women and five men were charged and detained. The women, including Molood Hajizadeh, were sent to Gharchak Prison on the outskirts of Tehran and the men to the Greater Tehran Detention Center, known as Fashafuyeh Prison.

“Plainclothes officers riding motorbikes attacked the rally and started beating up the men,” one of the released women told IranWire. “Then they arrested people and put them in a van.”

She described in more detail what they went through. “I don’t know why they detained us,” she said. “First they took us to the police station at Gisha street and then to the station at Vozara Avenue. Some people were released there and then and some were released the day after. But on Friday [March 9], they took us to Evin Courthouse. There they read us our charges and afterward they transferred us to Gharchak.”

According to her, during the three days that they spent at Gharchak, they were not given enough water to drink and were kept in unhygienic conditions. “The water in Gharchak Prison is not fit for drinking,” she said. “To buy [bottled] water we needed a prison card, but the card takes a week to be issued. We were in need of clean underwear but, again, we could not buy any because we did not have cards.”

It was reported that several of the detainees were charged with activities that threatened national security.