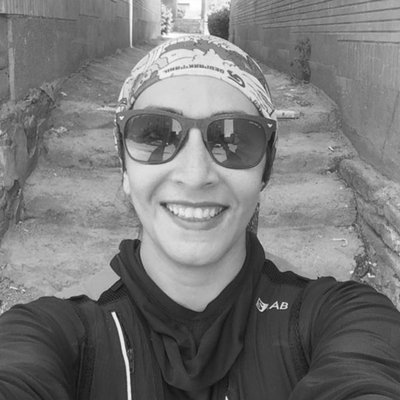 Former journalist, producer and host of the “Runyou” podcast

Nada Sabori, a former journalist, was arrested on August 7, 2020 and transferred to Evin Prison in Tehran to serve a prison sentence of three years and six months for covering a protest rally in front of Iran's presidential palace. Sabouri is currently in prison serving this sentence.

Sabori worked as a journalist until a year before her arrest and was editor of the energy affairs department of the Taadol newspaper. Sabori and her husband, Sohrab Salehin, were also responsible for recording and publishing the Runyou podcast. Runyou described itself as discussing the "process of change" and the important role that physical activity and running plays in life.

On April 22, 2014, Nada Sabori was preparing a news report on a protest rally by the families of political prisoners who were demonstrating in front of the presidential office, when she and a number of others at the rally were arrested.

The demonstration had been prompted by the beatings that numerous political prisoners were subjected to as part of a prison crackdown on April 16, 2014. The incident was later referred to as “Black Thursday" for Section 350 in Evin Prison with more than 30 political prisoners being injured on the day.

After her arrest at the rally, Sabori was transferred to Section 2A of Evin, under the control of the Islamic Revolutionary Guards Corps. She was later released from detention on bail after being interrogated and officially charged.

Meanwhile, Sabori’s husband, Sohrab Salehin, who had gone to the prosecutor's office to ask about his wife's condition, was also arrested.

Nada Sabori’s trial took place in Branch 15 of the Revolutionary Courts of Tehran. Judge Abolghasem Salavati sentenced Sabori to three years and six months imprisonment on the charge of “committing actions against national security” with her participation in the protest rally being cited as evidence to support the charge.

The lower court’s sentence against Nada Sabori was upheld on August 5, 2015 in Branch 36 of the Court of Appeals of Tehran, presided over by Judge Barzegar.

On August 7, 2020, after Nada Sabori was arrested and transferred to Evin to serve her sentence, her husband Sohrab Salehin was informed that he was also required to report to Evin two days later to serve his prison sentence.

On August 19, 2020, Sohrab Salehin wrote on his Twitter account that he had not yet reported himself to the Prosecutor’s Office of Evin because he had “not yet had the opportunity to do so.”

He also reported that Nada Sabori told him in a phone call that she had been able to exercise for two and a half hours every day at 5pm.

In this tweet, Sohrab Salehin asked his audience to exercise in memory of Nada.