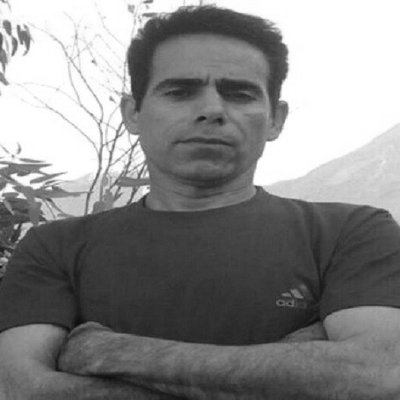 Najaf (Kaveh) Mehdipour is a journalist and the manager of the bi-weekly Bakhtar Zamin journal. On May 20, 2018, Mehdipour was arrested but then temporarily released, pending his trial; in September 2018, he was sentenced to a year in prison on charges of “insulting the Supreme Leader” and “propaganda against the state,” a sentence he began serving in June 2019 at Darreh-Shahr Prison in western Iran.

In March of the following year, the last two months of Mehdipour’s prison sentence were commuted and he was released early.

In 2016, Mehdipour, who has a Masters degree in political science, applied to be a candidate for the 10th Islamic Consultative Assembly. However, the Guardian Council disqualified him from the election. Mehdipour was then forced to close Bakhtar Zamin because it had published critical articles on issues that related to the leaders of the Islamic Republic and human rights violations in Iran.

Mehdipour appealed against the court’s judgement. But on April 22, 2019, Branch 5 of the Appeals Court of Ilam rejected his appeal and upheld the first judgement.

Mehdipour was released from Darreh-Shahr Prison on February 25, 2020, having been pardoned for the remaining two months of his prison sentence.