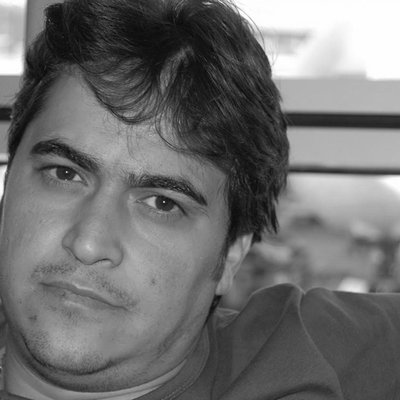 Journalist and founder of the website and Telegram channel Amad News

Rouhollah Zam, a journalist and founder of the Amad News website and Telegram channel, was arrested in an intelligence operation trap organized by the Revolutionary Guards Corps as he was entering Iran from Iraq.

Rouhollah Zam, known also as Nima Zam, is the son of Mohammad-Ali Zam, an Iranian cleric and film producer. After his arrest in 2009, Rouhollah Zam left Iran and formed the website and Telegram channel Amad News. He also continued his work as a professional journalist. In October 2019, Zam was arrested while entering Iran from Iraq in an operation orchestrated by the Revolutionary Guards.

In 2009, Zam was arrested by the Ministry of Intelligence due to his criticism of the then president of Iran, Mohammad Ahmadinejad, and his involvement in the 2009 protests that followed Ahmadinejad’s disputed reelection. Zam was sent to Evin Prison but after a short time he was released on leave. He left Iran during this time.

According to reports by the ANA News news agency, Zam initially went to Malaysia after leaving Iran. He was later able to take up residence in France, living in Paris.

In 2011, Zam published a letter addressed to Ayatollah Ali Khameini, Iran’s Supreme Leader, which criticized the torture and harrasement of prisoners by agents in Iranian prisons. In 2017, Zam used Amad News to disclose violations and abuses of numerous state officials.

On September 6, 2017, Reporters Without Borders reported that Mohammad Milad Zam, the brother Rouhollah Zam, was arrested on August 26. According to the report, two of Zam’s sisters and one of the sister’s husbands were also arrested and imprisoned for some time.

Many have suggested that these arrests were related to stories published on the Amad News Telegram channel which disclosed information about legal violations carried out by Doctor Amoli Larijani, the then Chief Justice of the Iranian Judiciary. On October 4, 2017, according to a report by Mehr News, Larijani reacted to the Amad News report, saying: “Recently, we have witnessed the publication of numerous rumours. Some people have spoken to me and told me to give a response to the rumours circulating about me. It is my opinion that these rumours are baseless and not worth responding to. These gossipers have made themselves known and they are among the rabble and thugs who fled [Iran] after the strife of 2009. They have become mercenaries for foreigners and they have received money for their vice and ignorant work. They are too pitiful to be worthy for me to answer them.”

On October 14, 2019, the Islamic Revolutionary Guards Corps published a notice of the arrest of Rouhollah Zam. He was described in the notice as being the manager of the “antagonistic” and “counter-revolutionary” Telegram channel Amad News. The notice added that Revolutionary Guards agents arrested him as a result of a “series of complex operations” involving “intelligence deception.” But there was no explanation about how or where the arrest took place.

There has been much speculation about how Rouhollah Zam was arrested but it is clear that he had been travelling from Iraq to Iran when he was detained by Revolutionary Guards intelligence agents.

Immediately after the publication of the arrest notice, a short video confession of Zam was broadcast on the Islamic Republic of Iran Broadcasting in which he spoke of his regrets over his previous activities and his mistake in putting his trust in the French state.

The day after Zam’s arrest, Ali Motahari, a representative in Iran’s parliament, warned everyone to be vigilant to ensure that events like the interrogation of Maziar Ebrahiami and others like him didn’t happen in this case. On October 15, 2019, Motahari warned against the confession taken from Rouhollah Zam under interrogation, saying, “If it is true, as alleged, that Rouhollah Zam’s confession was taken in this manner [i.e. forced], it must be done in the right way and his trial must be heard again.”

On February 10, 2020, Rouhollah Zam faced 17 accusations in his first court hearing. The charges  included “spreading corruption on earth” and “espionage for hostile states” which according to the Islamic Penal Codes can be punished with death.

Zam was charged with 17 crimes in Branch 15 of the Revolutionary Court presided over by Judge Salvati. The charges were: “corruption on earth,” “establishment and administration of the antagonistic Amad News,” “inciting the people with the aim of undermining the security of the country,” “espionage for Israeli intelligence services through the intermediaries of regional countries’ intelligence services,” “espionage for the French intelligence services,” “collaboration with the hostile American state against Iran,” ‘gathering and colluding with the aim of committing crimes against internal and external security of the country,” “participating in propaganda activity against the Iranian state and in favour of opposition organizations,” “membership and management of the antagonistic news organization Saham News with the aim of disrupting the country’s security,” “participating in the sedition and incitement of people to war and killing with the aim of disrupting national security,” “collecting classified information with the aim of presenting it to others to damage national security,” “participating in publishing falsehoods,” “inciting soldiers or members of the armed forces to rebellion, defection, resignation or not fulfilling their military service,” “insulting Islamic institutions,” “insulting the founder of the Islamic Republic and the Supreme Leader,” “insulting officials or agents in the performance of their duties,” “acquiring finances from illicit sources to the sum of €97,550,” and “complaints from other legal entities and individuals.”

Reporters Without Borders added that Zam still had not been allowed his right to choose a lawyer. In the statement, according to Zam’s relatives, the judiciary had “advised” that if he chose an independent lawyer, “the state of his case would be worse.”

In his second court hearing, which took place on February 16, 2020, Zam denied the accusations of spying for the “hostile” American and French states and of spreading corruption on earth. He also said that neither he nor Amad News had any involvement in the January 2018 protests.