“Spreading Corruption on Earth:” An Unclear Charge with a Clear Message 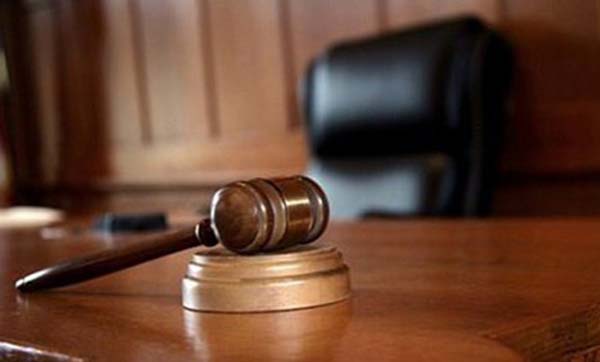 Iran is a dangerous place to be a journalist, a fact that is well documented — and one of the most common ways the judiciary punishes journalists is by handing down serious charges, often in connection with national security crimes.

Because many of Iran's security-related crimes are poorly and ambiguously defined, so too are the charges linked to these crimes — and this scenario often means that journalists and activists face harsh punishment and persecution. Prior to the 1979 revolution, the Pahlavi maintained a mixture of secular and Islamic laws, but after the revolution, the Islamic government adopted a new penal code based on sharia law. It adopted new charges — some of them vaguely defined —without clarifying the language or updating it for a modern context. As a result, the definitions of some of these charges actually deviate from their literal meanings.

For journalists and activists, some of the most dangerous charges include moharebeh and efsad fel arz — literally translated as “waging war against God” and “spreading corruption on earth.” Until 2013, these charges were covered under one article and considered to be one crime. It stipulated that any person who resorted to weapons to cause terror and fear or to breach public security and freedom was a mohareb  — a person guilty of moharebeh — and guilty of mofsed fel-arz (literally a person who “spreads corruption on earth”). But since amendments were adopted in 2013, spreading corruption has been considered a crime on its own and therefore defined separately. At the same time, a significant gap was introduced between the definition of efsade fel arz and how it is recognized in law. Judges regularly abuse the two charges to target peaceful critics, and because "spreading corruption on earth" is particularly vague, it became easy for judges to hand sentences down in line with this charge.

Moharebeh (Allah) literally means waging war against God, but under Article 279 of the penal code it is described as “drawing a weapon on the life, property or honor [referring to female members of one’s family] of people or to cause terror as it creates insecurity.” Article 281 of the penal code stipulates that the charge of moharebeh applies to bandits, thieves and smugglers who resort to arms and disrupt public security or the security of roads.,

In addition, under Article 504, a mohareb (a person who commits moharebeh) includes anyone who effectively encourages combatants, or encourages those serving in the military to rebel, escape, surrender, or to disobey military orders with the intention of overthrowing the government or to defeat national forces fighting against the enemy.

Punishment for moharebeh includes: hanging, crucifixion, amputation of the right hand and the left foot or banishment. The judge appointed to deal with moharebeh cases has discretionary powers to decide which punishment will be implemented.

When speaking on international platforms, Iran’s representatives have frequently argued that the charge of moharebeh is used exclusively for terrorist crimes. But this is not true: since the establishment of the Islamic Republic, the charge of moharebeh has been used against many peaceful political, cultural and civil rights activists, as well as against journalists and regime critics.

Under Article 286 of the new penal code, a mofsed (a person who commits efsad fel arz) refers to a person who “commits crimes against individuals’ physical integrity, crimes against national security, causes disruption to the economic structure of the country, commits arson and destruction, distributes poisonous or dangerous substances, or runs corruption and prostitution centers.” The charge also refers to the scale of the damage done: the accused can be found guilty of spreading corruption if he or she “causes severe disruption to the public order of the country or causes extensive damage to the physical integrity of individuals or private and public property, or spreads corruption or prostitution on a large scale.” The punishment for efsad fel arz is execution.

Mousa Barzin Khalifeloo, an Iranian jurist based in Turkey, argues that the crime of “spreading corruption on earth” is so broadly defined that what is considered to be criminal is broadened as a result, targeting larger numbers of people. One of the ambiguities, according to Barzin, is the phrase “large-scale.” He says no criteria has been set out to explain what this means and questions the vagueness of the term. “Does it mean the severity of the action taken or the extreme nature of the message delivered?” he asks. Furthermore, he questions whether the phrase refers to the number of people the message or activity might reach or impact. Or dooes it refer to the sustainability of such a message, and how it might affect society over an extended period of time?

Barzin says that, under the penal code, the punishment for crimes against national security and spreading lies is a maximum of 10 years in prison. But Article 286 stipulates that if these crimes are committed on “a large scale” and result in disruption, damage, or corruption as mentioned above, they amount to efsad fel arz — and can lead to punishment by execution. Judicial authorities frequently level the charge of “spreading lies” against the press, meaning it poses a risk not only to these professionals, but to society at large because it can result in vital information getting out.

Barzin also says that the law does not adequately define the term “security,” and, as a result, “it can easily be used by independent judges against peaceful critics.”

So why has esfad fel arz been separated from moharebeh in the new penal code? “It seems the government is trying to find a legal basis for suppressing peaceful dissent,” says Barzin. He says that although judges must provide evidence to hand down the charge of moharebeh, this is not the case for efsad. Authorities do not have to prove that weapons were deployed or that “armed activities” took place. They need little, if any, evidence to bring very serious charges against civil society activists and media workers – charges that can even result in execution. When the new penal code was brought in in 2013, authorities alleged it was more complete and more advanced. In some cases, this is true — for example, regarding the practice of juvenile execution. In other ways, though, the code has become  more problematic, especially for journalists.

As Barzin argues — and as journalists who have been jailed for long terms, or the families of activists and journalists who have been executed as a result of these charges, know— instead of protecting national security and public safety and citizens’ rights, these laws silence dissent and crack down on those who try to disseminate information and news to the wider public, or who try to make change through peaceful activities.