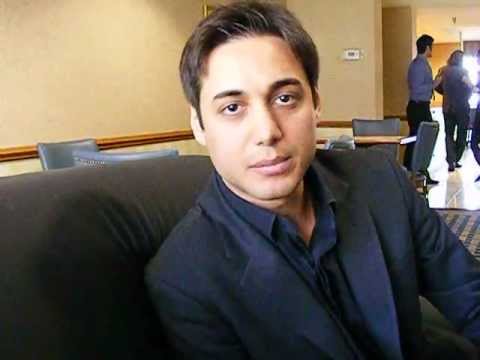 Kianoush Sanjari, a blogger and human rights activist who was arrested in December 2016, has been released from Evin Prison on bail, according to a Human Rights Activists News Agency report [(link in Persian] published on March 12.

Sanjari had been living in the United States, but returned to Iran in autumn 2016. A few weeks after his return, security forces summoned and interrogated him, and then arrested him. His family kept silent about his arrest so the news only emerged on February 4, 2017. The charges against him remain unknown.

Before moving to the US, Sanjari had been arrested several times. Born in 1982, he was first arrested in 1999 during widespread student protests in Iran. Prior to the most recent arrest, the last time he was arrested was on October 8, 2006 during clashes between the police and demonstrators supporting the controversial Ayatollah Hossein Kazemeyni Boroujerdi. Boroujerdi has spoken out against theocracy and advocates the separation of religion and state; he has been imprisoned several times for his beliefs. Sanjari was thrown into solitary confinement and suffered what he has described as “white” or psychological torture. “I feel that solitary confinement — which wages war on the soul and mind of a person — can be the most inhuman form of white torture for people like me, who are arrested solely for defending citizens' rights,” he said later. An interview with him about his prison experience can be found on YouTube.

It was after this arrest that Sanjari escaped to the US via Iraq. He continued his human rights activities in America and worked with the Committee of Human Rights Reporters. He also worked with Voice of America until 2013.

Given his background, it is clear he took an obvious risk when he returned to Iran. Certain hardliner news media claimed, without providing any evidence, that he had been expelled from the US, but sources who know him in the US say that he wanted to visit his mother who is ill and has no other children.