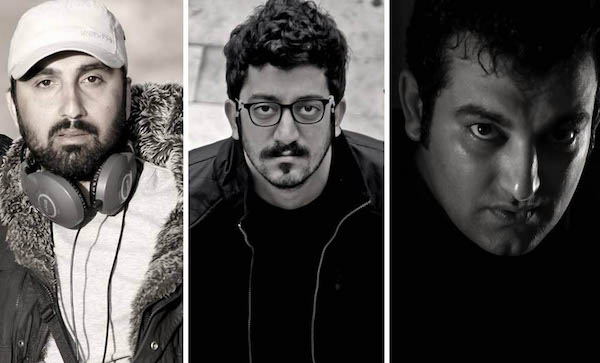 An Iranian appeals court has sentenced two musicians and a filmmaker to three years in prison and a three-year suspended sentence on charges of “insulting the sacred” and “propaganda against the regime” in connection with the production and promotion of underground music.

Branch 54 of Iran’s Revolutionary Court, presided over by Judge Hassan Babaee, handed down the sentences to Mehdi Rajabian, a musician and founder of BargMusic, his brother Hossein Rajabian, an independent filmmaker, and Yousef Emadi, manager of BargMusic, on Sunday, February 28, 2016, according to the Human Rights Activists News Agency.

The BargMusic website distributes alternative music across Iran and  promotes the work of Iranian artists and lyricists, including female soloists.

The three artists were initially given a six-year prison sentence in December 2015 by Judge Mohammad Moghiseh of the 28th branch of the Revolutionary Court. They were also ordered to pay a fine of 200 million rials ($6,600), which was upheld by the appeals court. Both judges, Babaee and Moghiseh, have repeatedly been accused of violating judicial practice and the human rights of defendants.

Iran’s Revolutionary Guards arrested the three artists on October 12, 2013, in the northern city of Sari. The arrests soon became international news and led to more than 400 journalists, musicians and artists to sign an appeal calling for their release. After spending two months in solitary confinement, the artists were released on a bail of $67,000 each. During their time in detention, they were allegedly pressured to confess to their crimes.

“They were encouraged by their interrogator to sign confessions against themselves,” a source who wanted to remain anonymous told IranWire in December 2015. “They were told that the charges against them were not political but related to their illegal activities in music and filmmaking and that if they confessed their cases would close.”

Emadi and the Rajabian brothers are among dozens of Iranian journalists, writers and artists arrested or sentenced to prison in the last couple of months. Last week, an appeals court sentenced filmmaker Keywan Karimi to one year in prison for making a documentary about political graffiti in Tehran. His sentence came just a few weeks after two members of the heavy metal band Confess were released on bail awaiting trial after being held in solitary confinement for months.

Filmmaker and Musicians Sentenced to Prison in Iran