Punishment for Brothers on Hunger Strike 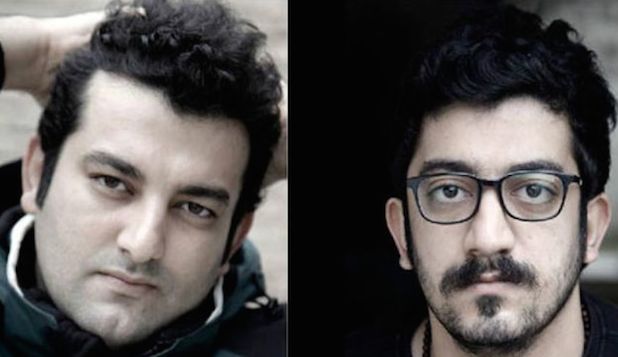 Mehdi and Hossein Rajabian, two brothers serving three-year prison terms for “insulting the sacred” and “propaganda against the regime,” have been transferred to a new ward at Evin Prison as punishment for their hunger strikes.

The brothers, who worked for the BargMusic website, had begun their twentieth day without food when authorities transferred them to ward 4 on November 16. They were previously held in wards 7 and 8. Evin’s ward 4 is known as a quarantine ward, and is usually reserved for prisoners whose verdicts have not yet been decided. The rooms are typically very cramped, with 21 prisoners confined to rooms measuring six meters by six meters. Often conditions are so uncomfortable that some inmates are forced to sleep on the floor. The recent transfer not only means the Rajabian brothers have to endure claustrophobic conditions, but it means they have been separated from fellow political prisoners.

Because of their hunger strikes, they are both suffering from very low blood pressure, as the Campaign to Defend Political and Civil Prisoners has reported [link in Persian]. Hossein is suffering from an infected left kidney and Mehdi suffers from an abdominal condition. The health of both prisoners has deteriorated since their incarceration.

Revolutionary Guards arrested Mehdi Rajabian, a musician and founder of BargMusic, and his brother Hossein Rajabian, an independent filmmaker, on October 12, 2013, along with a third artist, Yousef Emadi, the manager of BargMusic. They were detained at Evin Prison’s Ward 2A, which is under control of the Guards. After spending two months in solitary confinement, all three were released on bail after paying $67,000 each while they awaited trial. During their time in detention, they were reportedly pressured to confess to their crimes. They were denied access to lawyers throughout the process.

In early December 2015, Branch 28 of the Revolutionary Court presided over by Judge Mohammad Moghiseh sentenced them to five years’ imprisonment, which was reduced to three years following an appeal.

On June 5, 2016, the two brothers presented themselves at Evin Prison to start serving their sentences. They started their hunger strike on October 28 and Mehdi Rajabian was hospitalized on November 12 after suffering two abdominal hemorrhages.

Before their arrest in the northern city of Sari, Mehdi Rajabian was in the process of recording a musical history of Iran. Guards searched his studio and confiscated his recordings. His brother Hossein Rajabian was arrested after making his first feature film, which was confiscated despite the fact that authorities had issued a permit for the project.

They launched an appeal against the decision, which was decided by Branch 54 of the Revolutionary Court presided over by Judge Hasan Babaee. Human rights groups have repeatedly accused both Babaee and Moghiseh of violating the human rights of Iranian defendants.

The 2013 arrests made international news, leading to more than 400 journalists, musicians and cinema artists to sign a letter calling for their release. Ahmed Shaheed, the United Nations Special Rapporteur for Human Rights in Iran, cited them in his list of political prisoners at the time.