Iran Sent Agents to Spy on its Journalists in Vienna 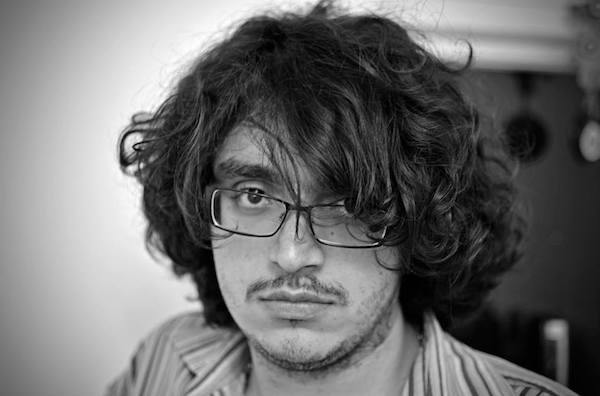 “I generally had the freedom to report on what I wanted to,” explains Arash Azizi, who at the time of the interview had just returned from the nuclear talks in Vienna to his base in London. But this was far from the reality of the many journalists based in Iran – a country ranked among the world’s worst when it comes to freedom of the press.

“I know that if I go back to Iran I will be arrested just like my father,” Azizi says. His father, Mostafa Azizi, is a television producer who is currently serving an eight-year prison sentence in Iran for comments on social media.

Only 27 years old, Arash Azizi has already worked as a professional journalist for almost 10 years, and has covered the last five rounds of nuclear talks in Vienna and Lausanne. He grew up in Tehran, but moved to Canada with his family in 2008. For the last two years, Azizi has lived in the UK, where he works as a reporter for the Persian-language entertainment channel Manoto 1, one of the most popular TV channels among young people in Iran.

Together with about 500 journalists, including more than 100 reporters from Iran, Azizi covered the final nuclear negotiations in Vienna, which dragged on for several weeks before the deal was announced on July 14, 2015, ending almost two years of negotiations with Iran.

Overall, what do you think of the Iranian journalists’ coverage of the talks?

I was very proud of their work. Considering the circumstances and all the pressure that is on them, they are trying the best they can. They used social media very professionally. And a majority of the leading Iranian journalists covering the talks were women. That’s a pride for me.

Was there anything missing in the coverage?

The story about the nuclear talks is not that controversial. Generally the journalists were supportive of the government and the negotiating team, just like the vast majority of the Iranian people. But some things are beyond discussion in Iran. Did I see an honest discussion of Iran’s role in the region? I don’t think so. Obviously they can’t even if they want to. There were also a lot of human rights issues that were not discussed. So it’s obvious that there are restrictions on reporting matters related to the talks. When you don’t have free media, you cannot honestly discuss the conduct of the government and the political structures in Iran.

Your trip to Vienna was supposed to last for seven days, but you ended up staying for three weeks. How did you spend your time?

The daily routine was that I went in front if the camera and told people that nothing is happening. By their nature the talks had to be confidential. I went to briefings and sometimes talked to diplomats, but the real news came when there was a deal. One day I managed to go for a swim, another day I went to a museum, but most of the time I was socializing with other journalists. That proved to be very interesting, and I had many good conversations. Some of the best people I met, worked for the conservative and religious factions in Iran. It was an excellent opportunity to interact with these people, and I was surprised to find out that they had a very welcoming attitude towards us.

What difference was there on the journalists based in Iran and you as a journalist based in the UK?

How did you report differently from the journalists based in Iran?

For example, I made a special report about some of the human rights protesters who were there, calling for the freedom of political prisoners in Iran, including my father. Journalists in Iran wouldn’t be able to do that. I also interviewed an American official, who I could ask about the situation in Iran from their perspective.

The family of Amir Hekmati, an ex-marine who is in jail in Iran, was there and had a press conference. I covered that extensively and talked to the family. Evidently the other journalists couldn’t cover these issues. There are topics you can’t discuss. In Iranian media you can’t have a balanced coverage of political prisoners like him or Jason Razaian.

Specifically, what kind of restrictions did Iranian journalists have to work under?

The Iranian journalists especially had to be careful with whom they fraternized, because it can be used against them. On occasion journalists were accused of fraternizing with foreigners. It could be very basic things, such as going to the briefings together. Iranian journalists would then be accused of sharing information. I overheard threats of “when you go to Iran, I can have you arrested” coming from other journalists. A particularly sensitive topic was talking to any Israelis. Any interviews with Israelis or any association with Israeli journalists is off limits.

How did Iranian authorities enforce these restrictions?

Evidently, there were agents around watching Iranian journalists. We were speculating as to which ones were the agents. They would watch over who talks to whom. There were also a lot of photos taken of journalists and cameramen, which would make people uncomfortable. These people [taking these photographs] could be spies.

Was there anything else you could do, that the Iranian journalists couldn’t?

Yes, I had the freedom of experiencing the city life of Vienna, which many of my colleagues didn’t. For instance, the Iranians [working in Iran] couldn’t drink. We went to the Danube Island Festival, but Iranian journalists couldn’t be seen there. They couldn’t eat food that wasn’t halal. And of course the women had to wear the hejab and not shake hands. If an Iranian female journalist is seen drinking with me in Vienna that could end her career and lead to arrest.

Did you talk to any of the Iranian journalists about this pressure?

Not really. They worry, but it’s not something you discuss, because it’s always there. It’s hidden. Then it comes up and you see it in different occasions: The fact that I can’t ask my colleague to go for a drink; or when I discuss certain issues it becomes a bit quiet.

But if you are a journalist in Iran you are already accepting a lot of consequences. Many weren’t afraid and I admire them for that. They are courageous. I think they are doing heroic and meaningful work.