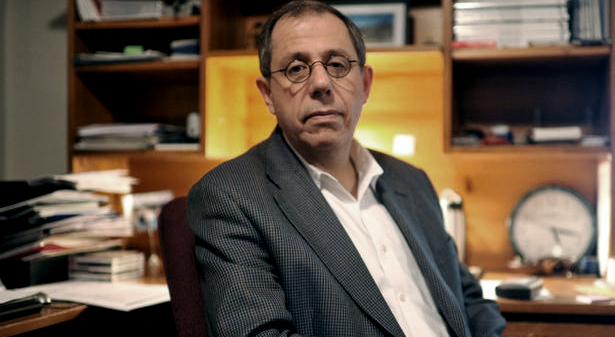 Iranian journalists are exposed to severe stress because of their work, which is affecting their emotional wellbeing, according to new research.

The study entitled ‘Iranian Journalists: A Study of Their Psychological Wellbeing’ is the first to investigate the emotional health of Iranian journalists.

Dr. Anthony Feinstein, who is behind the research, is a professor of psychiatry at University of Toronto, and has authored a number of groundbreaking studies on PTSD among frontline journalists.

Speaking to Journalism Is Not A Crime, he elaborates on the striking data – and explains how PTSD manifests itself and why Iranian journalists in the diaspora might have a higher level of some symptoms.

Read part two of this interview.

Were you surprised by any of the results of your study on Iranian journalists?

The part that surprised me was the high levels of stress that Iranian journalists confront. For example, 20 percent of the journalists said they had been tortured. 61 percent of journalists reported intimidation, and more than 50 percent stated that their families had been intimidated as well. You really have to appreciate these statistics to understand the significant levels of PTSD symptoms and depression.

When you want to compare with data from other countries, you have to be careful, because there are cultural differences, which affect how people respond to trauma. That said, the Iranian data were similar to those among journalists in Mexico, but they also had some very clear differences.

What is PTSD, and what symptoms did you find in Iranian journalists?

In terms of the PTSD [Post-Traumatic Stress Disorder] symptoms, we break them up into three broad categories:

Another category of PTSD refers to the hyperarousal of the autonomic nervous system. It can be things like difficulties concentrating, problems falling asleep, irritability, or feeling under threat even when they are in a safe situation. In the Iranian journalists the level of hyperarousal is not quite as high as the intrusive symptoms, but still moderately high.

The final category of PTSD symptoms is what we term avoidance. This includes wanting to avoid recollections or reminders of the trauma. We found that the level of avoidance is higher in the Iranian journalists who have left Iran than those who remain in the country. It’s really quite a striking statistical finding. The Iranian journalists in the diaspora are trying to block off thoughts of what trauma they might have sustained while they were living in Iran.

Why do the Iranian journalists in the diaspora have a higher level of this PTSD symptom?

One of the possible reasons for that might be that Iranian journalists in the diaspora don’t have the same level of support; they don’t have the same kinds of networks that they had in Iran. And we know that social support can be a protective factor in terms of your emotional well-being, so that is one possible reason as to why we are seeing this particular [avoidance] symptom showing a higher prevalence in the diaspora journalists.

Is there a difference between being a freelancer and working for a news organization?

Did your research show a difference between genders?

About 60 percent of the Iranian journalists in our study were male, 40 percent female. We found an interesting gender difference: The rates of psychological distress are higher in the female journalists than in the male journalists. If you go into the general population, you also find that rates of anxiety, PTSD and depression are higher amongst females than males. An interesting point is that if you look at our earlier study of war journalists, we never found any gender difference. The Iranian data are in keeping with what you find in the general population.

What psychological problems did you observe, apart from PTSD?

The other big findings in our study relate to depression, which is often found together with PTSD. Depression is not just feeling sad for an hour or two, it also refers to other symptoms such as difficulties sleeping, disturbance in appetite, low self-esteem, a sense of hopelessness, perhaps life isn’t worth living.

What we found is that a significant number of the Iranian journalists – 30-40 percent of our sample – endorse moderate to severe symptoms of depression.

Why is there a correlation between having to stop working on a story and depression?

PTSD is not something you can see physically. How does it manifest itself?

You are right; it’s not a disorder that’s going to have some physical manifestation. That said; if someone’s got full-blown PTSD it can show up in many different ways.

Firstly, it can impair your ability to work, so you cannot concentrate, you cannot do the kinds of high quality work that you were capable of doing before you had the condition.

Secondly, it can impair the quality of your relationships. We know that individuals with PTSD can become more irritable, and that can make it very difficult to live with that person, and it can also make it difficult for his colleagues and bureau to work with him.

What should the families and people around the journalists be aware of? What are the behaviors that they should look out for and how can they help that person?

Families living with a journalist who has PTSD may well find that he is more irritable, has difficulties with his anger and his behavior might be a little erratic. They may have some concerns about his judgment, and be aware of him not sleeping well. Occasionally journalists resort to alcohol to self-medicate.

If a journalist shows significant psychological distress, the primary help must come through therapy. We found in our study that about 50 percent of Iranian journalists have seen a therapist, so that number is quite high for a sample of journalists, but only about half of those looked for therapy for reasons related to their work. The bottom line is, if a journalist has got problems with PTSD or if he is suffering from depression, he needs to get good clinical help from a psychiatrist or a psychologist.

The families can themselves be very helpful just by being supportive; by trying to understand that the journalist is going through a difficult period. That support can be invaluable.

Read the second part of this interview, where Dr. Anthony Feinstein explains why PTSD might affect the ability of journalists to work, and how his new research can be used to help journalists who are suffering from PTSD or depression.

Read more about the study.