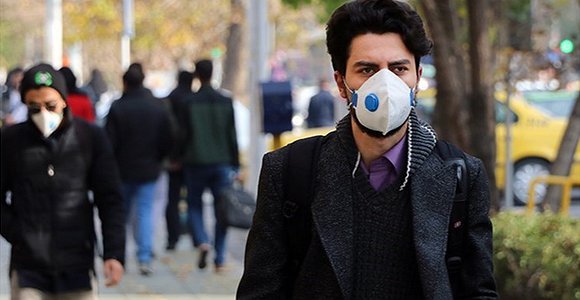 Social media activists from Tehran and other cities have been arrested or given official "guidance" and "warnings" for writing about the coronavirus crisis in recent days. They face reprimands, arrest, and lawsuits over articles contradicting the IRIB (Islamic Republic of Iran Broadcasting) news and official news agencies.

These activists include professional journalists, citizen journalists and reporters, even a former city council member and the captain of the national football team, documentary filmmakers and ordinary citizens, whose posts are widely seen on social networking sites due to the large number of followers.

The arrests have been carried out according to reports by security agencies in provinces such as Zanjan, Tehran, Qom, Kurdistan, Esfahan, Fars, Ilam, Gilan and Babol. The first arrests took place in mid-February, ahead of the official announcement of the COVID-19 outbreak following the death of two Qom citizens, culminating in the final week of the year.

Chapter Four of the Publication and Freedom of Information Access Act of 2009 states that information about the existence or occurrence of environmental hazards and threats to public health must be published promptly, without prejudice, and does not fall under the law of requesting permission due to privacy considerations.

Mohammed Oliaeifard, a lawyer, spoke with IranWire about the repeated and continuous arrests of journalists and citizens for posting about coronavirus on social media. Oliaeifard says it is not whether their posts are accurate or inaccurate that leads to legal actions, but rather the Iranian government views coronavirus as a security issue.

In other words: the coronavirus outbreak in Iran is no longer a public health issue but also a security issue for the government.

Responding to a question on whether citizens can be prosecuted for writing about coronavirus on social networks, Mr. Oliaeifard told Journalism is Not a Crime: "If a journalist [or anyone] has information on a subject, including coronavirus, and posts it on social media and can prove it, this is definitely not a crime. The same applies around the world. In addition, the mission of journalists is to keep people informed. So, if the news from journalists or other people is true, you can't attack them."

Mohammad Oliaeifard believes that the government’s reaction has nothing to do with access to accurate information.

A video was recently posted to social media showing the Behesht Masoumeh cemetery in Qom, where dozens of corpses of coronavirus victims were waiting to be buried. On 5 March, the deputy prosecutor of Qom announced that the person who shared the video was arrested.

Asked whether the man was legally convicted, Oliaeifard said: "This person showed a film of a cemetery, not a picture of a crime scene. If someone shares false news or scares people, it is a crime, but a person who shows footage of a cemetery morgue is not a criminal. But the government's argument is not legal. The issue of coronavirus has become a security issue, and even accurate news, if it comes from outside the system, must be suppressed."

Coronavirus: A security virus for the Iranian government

The Prosecutor General issued a statement on 11 March, in response to reports and quotes from both official and informal individuals, as well as institutions, about the coronavirus outbreak: “Any comment outside the routine is considered an act contrary to the national security of the country. The perpetrator will be treated according to relevant laws."

Mohammed Jafar Montazeri pointed to "national security and national interests" and said any contrary remarks about coronavirus would be considered as a security matter.

The statement also said any person or body considered to have made such remarks online will be charged with "disturbing public opinion,” "disturbing the mental security of society” and "creating mistrust and disrupting the social cohesion.” Disrupting the process of service provision in the health system would also face penalties under the law.

Two days after the announcement, the IRGC Intelligence Section of Fars province announced that it had issued warnings and guidance to 150 people in the province for writing about coronavirus on social media.

The IRGC Public Relations office Fars province issued a statement issued on 13 March saying: "Perpetrators of publishing false rumors and news related to the spread of coronavirus in social media" are charged with "disturbing public opinion and disturbing the mental security of the people."

The statement also says that the IRGC Intelligence Section of Fars province had warned all managers, groups, channels, and social network websites in the province that they would be dealt with seriously.

But the statement did not provide any explanation as to what the warnings issued to the 150 citizens meant exactly – nor clarify the status of those individuals.

Ali Akbar Javidan, police commander of Kermanshah province, said on 13 March that 43 websites were identified that were publishing rumors about coronavirus. He also said that, "16 managers and directors" of these sites have been summoned and several have been delivered to the judiciary.

Four days after the announcement by the prosecutor's office, Isfahan's provincial police announced on 15 March that "26 cases of cybercrime have been reported" there, in which they reportedly spread false news and rumors about coronavirus and caused public concern.

Isfahan's police chief, Mehdi Masoum-Beigi, also announced the removal or blocking of "850 [pieces of] false news" in cyberspace as well as 57 cases of issuing warnings to website administrators and offending channels.

However, this law enforcement official did not provide any explanation as to how and according to which criteria they determined that the posts were fake.

The FATA [cyberspace] police chief of Zanjan also announced on 10 March the arrest of one person on charges of publishing on social media news of the death of six local residents due to coronavirus disease.

Eight days after the official announcement of a coronavirus outbreak in Iran, on 26 February, Vahid Majid, chief of FATA police, announced the arrests of 24 people for spreading “false” rumors. He also said 118 social media users have received warnings in this regard. According to the police, they have apologized and regret publishing the posts and have removed them from their feeds.

The arrests have even reached figures such as football players and former City Council members.

Mehdi Hajati, a former member of Shiraz City Council, wrote in his Twitter account on 11 March, criticizing Qom for not being quarantined: "Don't speak about the enemy! The enemies of the Iranian nation today are those who have come forward to gamble on the lives of our fellow citizens in order to defeat the imaginary enemy. The enemy of the Iranian nation is precisely those who did not allow the city of Qom to be quarantined. Iran will recover and will be fine, but it will not lose its memory."

Zohreh Rastegari, Hajati's wife, announced on Twitter on 12 March that her husband had been arrested by order of Branch 10 of the Shiraz Revolutionary Court. Mehdi Hajati's arrest came a day after the threatening announcement by the country's Attorney General.

Mohammed Mokhtari, captain of the Damash Gilan national football team who posted on his Instagram page about the coronavirus outbreak in Gilan, was arrested by the Revolutionary Guards on 11 March. He was released a few days later on 14 March.

The footballer wroteon his Instagram page: "In Gilan province, 100 people die every day from coronavirus. There are no places to bury them; their bodies are stacked, and they want to bury them together. So far, the general statistics in the media mention only a few percent of the total population, which is not true. Spit on your honor!" 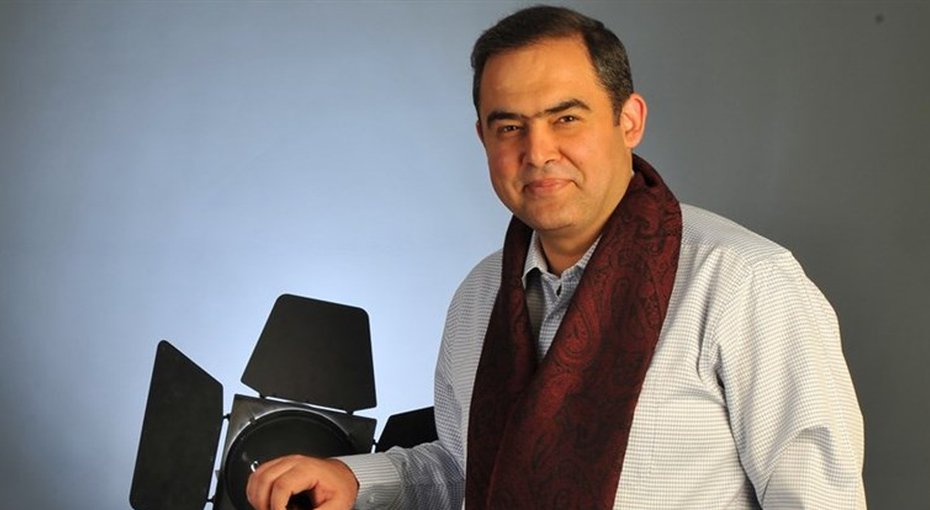 The documentary maker, Hossein Dehbashi, has also been summoned for publishing material on his Instagram on the failure of the authorities to control the coronavirus.

MP Mahmoud Sadeqi, who has also become infected with the coronavirus, on Twitter accused Iranian authorities of covering up the coronavirus outbreak and of not providing proper information.

Mustafa Faghihi, the owner of the Entekhab Online website, was allegedly summoned by the authorities on 12 March. In his Twitter post, Faghihi had published statistics of the coronavirus disease casualties, which were inconsistent with official numbers.

Fardin Mostafaei, director of the news channel Saqezrood, was also charged with disseminating statistical data which was different from the official statistics on the coronavirus epidemic. 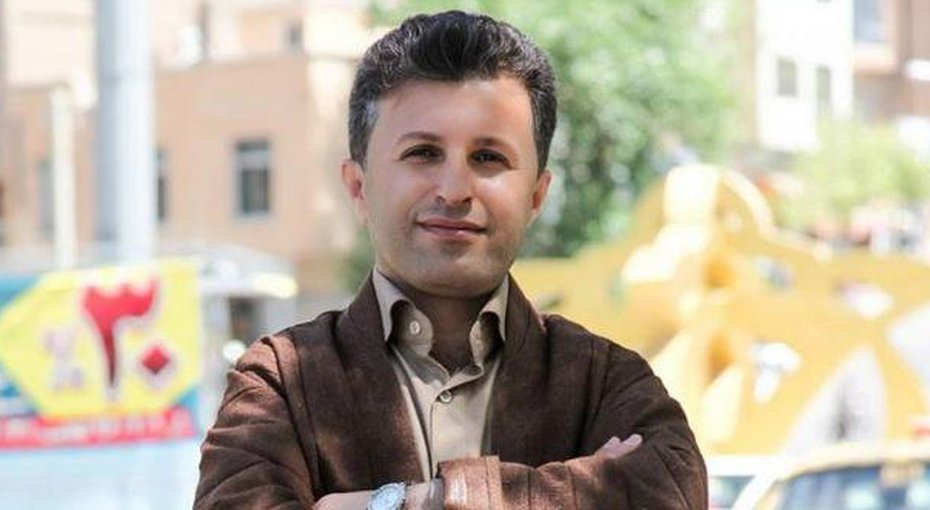 Reporters Without Borders issued an statement on 13 March on the persecution of Iranian journalists by security forces over the release of independent information about coronavirus outbreak. According to the statement, four Tehran-based journalists and social media activists have been summoned by security agencies for news coverage of coronavirus.

But least seven journalists were summoned or their houses searched by the IRGC Intelligence Section from 26 January, before the outbreak of coronavirus in Iran, until 23 February, a few days after the coronavirus announcement in Qom. The last one was Mohammed Mosaed, who was told to not use social media until the date of his trial.