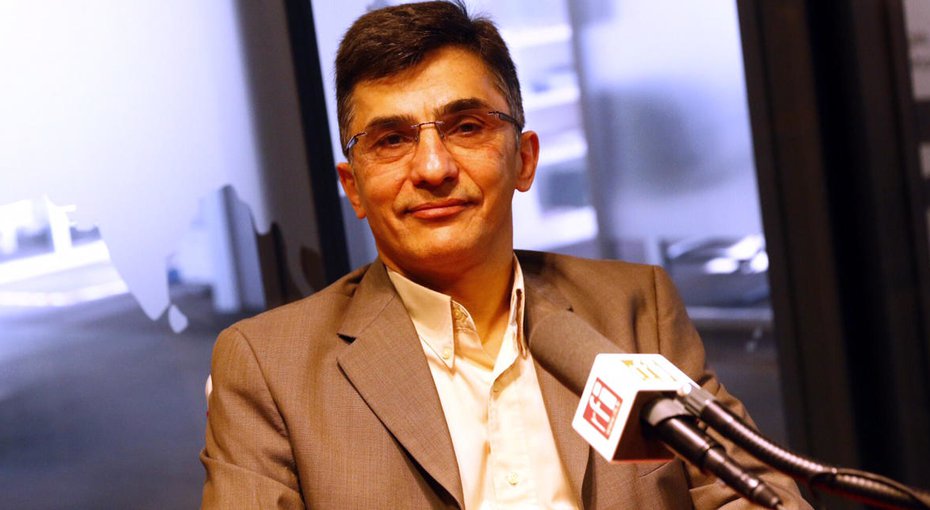 To mark World Press Freedom day on Sunday, May 3, Journalism is Not A Crime's sister site IranWire interviewed Reza Moini, head of the Iran and Afghanistan desk at Reporters Without Borders (RSF).

Based on the information RSF has received, Moini says journalists in Iran are still being apprehended or summoned for questioning for writing about coronavirus. Others have been barred from using tools of mass communication for this purpose.

In recent years more than 200 journalists in Iran have been arrested and charged with espionage or with cooperation with “hostile” governments. But no court has ever been able to prove any of these journalists were spies.

We asked Moini about the record of Rouhani’s two-term presidency with regard to press freedom since 2013, and how and why censorship of the Iranian media has become even more draconian since the coronavirus outbreak.

In RSF’s 2020 World Press Freedom Index, Iran ranked 173 out of 180 countries. In 2014, one year after Rouhani assumed presidency, Iran also ranked 173. What does this mean? Compared with other countries in the region, how do you assess press freedom in Iran?

Since 2002 when we first started to publish this index, Iran has consistently ranked among the bottom 10 countries. Also, throughout these 18 years, Iran has not changed in any meaningful way in regard to the indicators that we use for this ranking.

The criteria that we use to evaluate freedom of the press in 180 countries are specific indicators such as the variety of beliefs and views published by the media. But in the past 40 years, there has been no real variety of beliefs and views in Iranian media, except early after the revolution when governance was not yet firmly established. But since then, there has been no pluralism.

Independence of the press does not exist in Iran. All media outlets in Iran, even the reformist ones, are somehow connected to the regime. It is the regime that decides who can have a permit to publish and this system, by itself, is one of the reasons behind the absence of press freedom in Iran.

On the other hand, in the neighboring country of Afghanistan, which has suffered for 40 years from war and terrorism, the media do not need permits. Despite years of hardship, Afghanistan has advanced considerably in terms of press freedom in the past 18 years.

The other point is that there is no independent press union in Iran. All independent trade associations have been crushed. One was the Association of Iranian Journalists, that was shut down [in 2009]. Of course, this association was never able to function as a truly independent union, but its existence helped to resolve some issues. Now it can return to life only if it is trusted and supported by the regime.

All this considered, it is only logical that every year Iran ranks among the worst 10 countries when it comes to freedom of the press, even though it might move a couple of rungs higher or lower.

In our ranking, we use an expression called “mechanical transition”. For instance, if the situation in Syria gets worse, Iran climbs a few steps. But this is not because the situation in Iran has changed. Instead, it is the worsening of the situation in other countries that slightly changes the ranking.

In his two presidential campaigns in 2013 and 2017, Hasan Rouhani promised press freedom but, in practice, things have gone the opposite way. Even the Intelligence Ministry that is part of the executive branch and is controlled by the president continues to threaten and arrest journalists. Why?

Freedom of the press has been a key issue in Iran both before Rouhani became president and after. That is why many officials of the Islamic Republic have continuously made promises about it.

When Mr. Rouhani made such promises we asked him to fulfil them. On his first 100th day in office, we said in a statement that in this time no effective action had been taken. Rouhani had spoken very clearly about greater freedoms for journalists, but did not act on his promises. In his second term we told him the same.

We ask today, can Rouhani fulfil his promises? Even in the days when we hoped he would, we knew it was the regime itself that was the main obstacle. Iran’s Press Law, which was approved by parliament in 1985 and amended in 2000, is not really about press freedom. Article after article, it is about crushing the free flow of information. Now they have added other laws, such as those on internet “crimes”, that, again, are aimed at the suppression of information.

One of the points that has been reiterated by Reporters without Borders throughout the years is the contradiction within the constitution of the Islamic Republic. Article 24 of the constitution effectively makes freedom of the press contingent on a series of undefined provisions. It states that “Publications and the press have freedom of expression except when it infringes on the basic tenets of Islam or public rights.”

Even if we do accept this as legitimate, the law should have defined what these “infringements” were but it did not. Today, in Iran, there are no press “crimes” that have been defined in law. For instance, what is meant by “insulting” or “libeling” the Islamic Republic?

So, what remains is this question: Did Mr. Rouhani know his promises could not be fulfilled? If I or, indeed, any impartial person thinks about it they will conclude that, since 1979, anybody who has held a position of responsibility in any corner of this government – especially a position that relates to security – must know that they cannot be. And if he did know, I hope it does not mean that he has consciously lied to the people.

In general and at the very least, press freedom has not existed in Iran in the 28 years since World Press Freedom Day was first named.

Throughout the years, many journalists have been arrested or convicted on charges of crimes against national security even though they have repeatedly denied them.

A crime must have a legal definition. But these crimes have not been defined properly in the Press Law, nor in the constitution or other legislation. According to our statistics, in the past 28 years more than 800 Iranian journalists have been arrested and convicted. Some have even been executed. The steadfastness and persistence of journalists must be praised, but the fact is that the foundations of this regime are not and can never be consistent with freedom of the press.

In the more than 200 cases that I have personally followed throughout these years, never has the charge of espionage against journalists been proven in any court in the land.

What is more, it is a jury that must decide about press crimes and offences. According to an internationally accepted principle, a jury must consist of impartial people. In Iran, how can individuals close to the government, or a couple of reformist figures who work for the government, be an impartial jury?

I am not saying that journalists do not break the law. They do. In many countries there are courts for these kinds of offences. They have issued different rulings but their verdicts are based on the right of freedom of expression, freedom of the press and pluralism, whereas in Iran it is exactly the opposite.

How do you see freedom of the press in Iran before and after the coronavirus outbreak? Early on after the outbreak, Reporters Without Borders issued statements about the silencing and the arrests of journalists and citizen journalists.

In a situation in which COVID-19 has become a global pandemic, the right to know is the same as the right to health and to life. If a journalist has always defended the public interest, today they are defending people’s safety as well and they must provide them with information.

From this point of view, we have had to deal with three major problems in Iran. The first is the hiding of information that people must know about. People have a right to know about something that threatens their health.

The second is the inability to tell people how this disease behaves. This is not limited to features about washing hands, wearing masks and other such pieces of advice. When the government puts restrictions on the news, how can we expect people to receive comprehensive information?

The third is the repression of journalists critiquing events with the aim of guiding government policy. Since the outbreak, at least 18 journalists have been summoned for reporting about coronavirus. A case against eight of them has been opened and security agencies have them under surveillance.

How does the situation in Afghanistan compare?

During this time the press in Afghanistan has been freely and extensively engaged in reporting in each of the three areas that I named. Afghanistan does not have a strong medical system. It is a war-torn country, the Taliban still continues its attacks and, even in these conditions, the US is cutting its aid and putting its government under further pressure. But at least the media is not under the pressure from its own government and can write about these issues.

Based on what you say, can we conclude that Iran no longer has a professional press in the real sense of the word?

For the past three years we have emphasized that nowadays, it is citizen journalists who are the main pillar of information in Iran. Some media outlets are unabashedly controlled by the government and work as a propaganda arm. Others, called “private” or “reformist”, have themselves become obstacles to press freedom as a result of pressures from the government. Journalists are threatened and censored by their own editors-in-chief and some have even been fired.

Just a few days ago, a reporter with ISNA [the Iranian Students’ News Agency] was fired for posting a critical tweet, which led to ISNA’s CEO firing him.

So, what remains are social media and citizen journalists. In other words, we have media in Iran, but not a free press.

A number of these journalists are in a very unusual situation. They have not been arrested but, I can say, they have been sentenced to a ban on using communication tools. Some of them are still being threatened and summoned.

Theirs is an issue that was born with coronavirus. Not only have many journalists been summoned because they published information about coronavirus, but their sources, the doctors and nurses who provided them with news and figures, have been summoned as well.