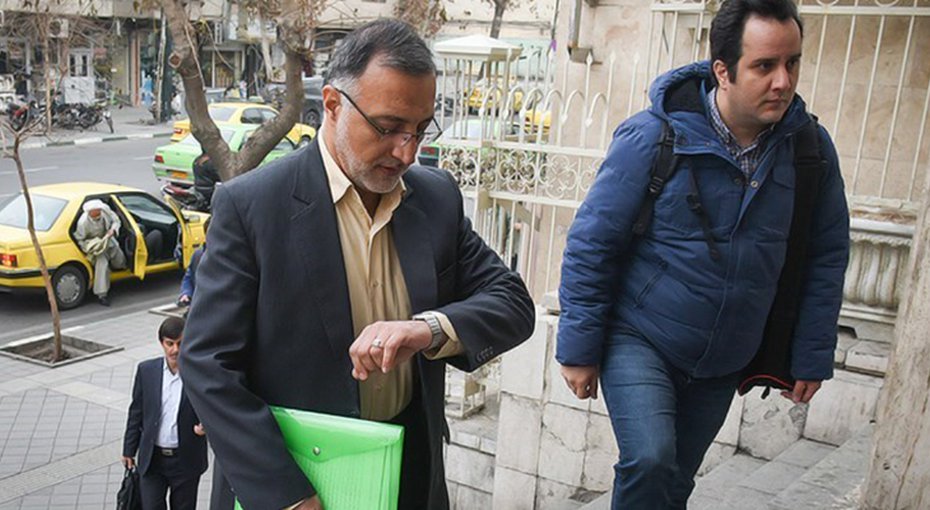 The first ever jury trial for a “political crime” has taken place in Iran, with the MP for Qom acquitted of “spreading lies” on Sunday, October 11.

Alireza Zakani, who also heads the Parliamentary Research Center, had been charged with the offence in 2019 after making accusations against the Intelligence Ministry in an interview with Islamic Republic of Iran Broadcasting. He was unanimously acquitted by a jury at Branch 9 of Tehran Criminal Court, presided over by Judge Mohammadi Kashkouli.

The court case comes a month after Tehran prosecutor Ali Alghasi Mehr announced that five officials awaiting trial for political crimes would be tried in the public courts, by a jury, rather than behind closed doors in the Revolutionary Courts by a judge, as has been the case since 1979. Iran’s Constitution stipulates that all “political” crimes should be heard in front of a jury but legislation defining such crimes was only passed in 2016.

Zakani is a hardliner and former member of the Basij from 1979 to 2004. The fact that he has been the first to benefit from a jury trial in the open will come as little comfort to those whose sentences for “political” crimes were passed in secret, or those still waiting for an outcome. Journalists, activists and civil society agitators are frequently accused of these so-called crimes and to date, all have been tried in the Revolutionary Courts.

In 2016, the Iranian journalist Issa Saharkhiz was named as the first individual to be prosecuted under the new law. He had first been arrested in 2015, and on August 9 the following year, he was sentenced – without a jury – to an initial three years in prison for "insulting Iranian officials" and "propaganda against the regime".

Up until now, Islamic Republic officials have repeatedly claimed that not only are there “no political prisoners” in Iran, but that there have been no incidences of “political crime”. This is flimsily argued on the basis that since the Islamic Revolution, people targeted by the Iranian regime for patently ideological reasons have instead been arrested and convicted on the pretext of “national security”.

According to Iranian law, journalists and media activists should also be tried in front of a jury. But because of the national security imperative, people arrested over the content of their publications, journalistic activity or missives in cyberspace are instead put before the Revolutionary Court. The reporter Masoud Kazemi, for example, was arrested in May 2019 and later sentenced to two years in prison by Branch 15 of the Revolutionary Court for "spreading lies," two years for "insulting the Supreme Leader," and a further six months for "insulting officials". The case was presided over by the notorious pro-regime judge Abolghasem Salavati.

Similarly in September 2019, four members of the editorial board of the online student magazine Gam, Amir Amirgholi, Amir Hossein Mohammadi-Fard, Sanaz Allahyari and Asal Mohammadi, were sentenced to 18 years in prison each in Branch 28 of the Revolutionary Court on charges of "conspiracy to act against national security”, “propaganda against the regime” and “spreading lies”.

In January 2018, the reporter Arash Shoa-Shargh, who was living in exile in Turkey and worked for the counter-revolutionary website Amad News, was arrested by Turkish intelligence agents and extradited to Iran. There he was sentenced to 10 years in prison by the Revolutionary Court on charges of “insulting the Supreme Leader,” “acting against national security,” “encouraging public misconduct” and “corruption on Earth”. Once again, his case was heard without a press jury.

These are just a few of the countless illegal trials of members of the media in Iran, justified by the judiciary on the basis of “national security”. With those accused of “political” crimes also having the right to a jury trial since 2016, these cases constitute a double dereliction of duty.

What Counts as a Political Crime?

The Political Crimes Act was approved by the Iranian parliament on May 18, 2016 and ratified by the Guardians Council. It defines a political crime as any act “against the administration, political bodies and domestic and foreign policies and with the aim of reforming the country’s affairs”.

Accordingly, any behavior considered to be “insulting” or “defaming” the heads of the three judicial branches, the chairman of the Expediency Council, vice presidents, ministers, members of the Parliament, members of the Assembly of Experts or members of the Guardian Council are considered political crimes. The same charge can be levelled at anyone who “insults” a foreign politician or diplomatic representative while on Iranian soil.

Under the same law, political parties, civil society organizations, trade unions and Islamic associations similarly commit a political crime if they commit "violation of the legitimate freedoms of others" or "slander, defamation and spreading rumors" in their publications, gatherings or other activities. Breaches of electoral law are also considered political crimes, as is “spreading lies”.

According to Article 4 of the Political Crimes Act, all defendants in political crime cases should be afforded the right to a trial in the presence of a jury. Ahmad Momeni Rad, a spokesman for the Press and Political Crimes Jury, spoke to Tasnim news agency on Monday, October 12 after the acquittal of Alireza Zakani about the rights political defendants are supposed to enjoy. They included, he said, “separation from ordinary criminals during detention and imprisonment, exemption on wearing prison uniforms, non-extradition, the prohibition on solitary confinement – except in cases where the judicial authority fears collusion or deems it necessary to complete the investigation, and in any case, the period of confinement should not exceed 15 days – the right to meet and correspond with first-degree relatives during detention, and the right to access books, journals, radio and television during detention."

National Insecurity: How a Paranoid Regime Turned Against its Own People

Fact Check: Iran's Judiciary Is Not and Has Never Been Independent