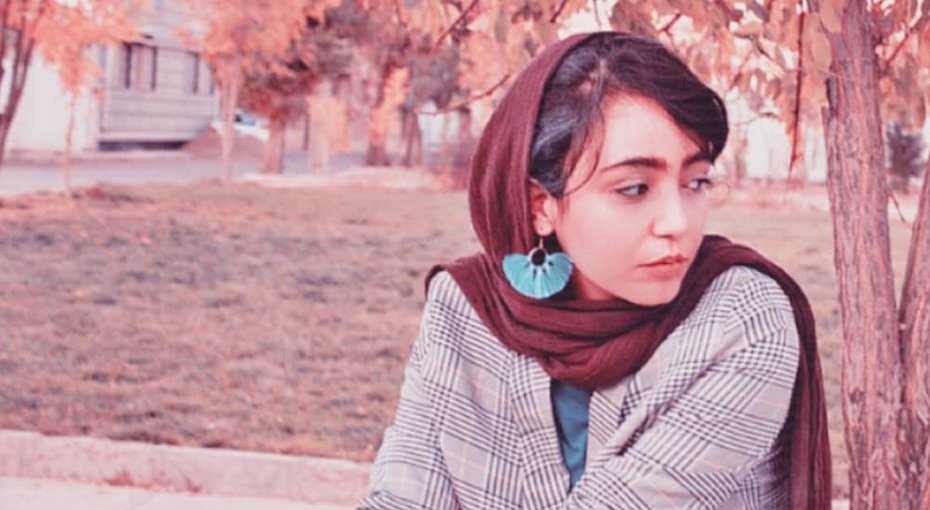 Aminabad Psychiatric Hospital and Evin Prison are located, respectively, in the southernmost and upper northern areas of Tehran. In a sense, the two facilities are far closer than they appear on a map. Security agencies in Iran have fostered a strong administrative link between the two: one that now requires just a handful of signatures to transform a political prisoner into a psychiatric patient.

In recent years, more and more stories have emerged of journalists, human rights defenders and creatives being subjected to this new, insidious mode of punishment. Not content with simply physically torturing people, the authorities are now fabricating reasons to have them committed – and subjected to fresh humiliation and abuse at the hands of so-called medical professionals.

‘To be Crazy! Would You Like to Try it?’

Mina Rad, a poet, civil rights activist and member of the Iranian Writers' Association, was released from Qarchak Prison in October. She told Journalism is Not a Crime that labelling prisoners “insane” and treating them accordingly had become “a new method of torture”.

“This daily indoctrination – calling them crazy and lying about their families, telling them their mother has had a stroke –as well as constant encouragement from kindly charlatans to commit suicide, are a small part of the psychological torture that now falls on political prisoners in this black hell-hole,” she says.

Rad, 25, from Lorestan, was first arrested for taking part in the widespread protests in of December 2017-January 2018. After repeated summons and interrogations she was finally sentenced to two months in prison and an eight-month suspended prison sentence for “propaganda against the regime”. She began serving her sentence in Evin Prison in July 2020 before being transferred to Qarchak.

During one of her interrogations, which took place in a building in Tehran’s Vozara Street, Rad says she was left in the room with a single, male interrogator. The man, she says, first threatened her, telling her she could be held there “until your bones are completely turned into powder. Do you know how many corpses we have on each floor of this building, whose families still don’t have the slightest idea about their deaths? Do you want this to happen to you?"

But then, she says, he changed tack and told her that if she wanted to escape, she would have to pretend to be mad. “To be crazy!” he told her. “Would you like to try it? I read your resume; poetess and writer. You are an artist. An artist needs a comfortable place. Isn't that so? Would it be better to stay here and rot, or to get out of here and write?"

The interrogator then suggested to Mina Rad that she go to a psychiatric hospital and try to convince them that she was mentally ill. He told her to attempt suicide and to cut herself, adding that he would personally provide the razor.

Up to 100 Detainees Sent to Aminabad Each Month

Mina Rad began serving her prison sentence on September 22 after her appeal against the conviction was overturned. Twenty days later, she was released on parole, with a prison officer certifying her insane.

“The psychiatrist came and officially signed my documents,” Rad wrote afterwards. “The day I got home, I knew very well that they would eventually call. They called and said, 'It is mentioned in your sentence that you have to go somewhere for treatment.'”

Iran’s security services use various tactics to silence artists, including those active in the field of literature. Some, such as Fereydoun Farokhzad and the writer Mohammad Mokhtari, were murdered in cold blood. But others face a slower, more protracted type of erasure. “People are categorized according to their mode of thinking and perspective,” says Rad, “and allocated a form of punishment by the torture apparatus. Do not underestimate your opponent.”

Rad points out that the cases of many political prisoners are not adequately reported in the media – and of those forcibly committed to psychiatric hospitals, even less so. "How can more than 100 people be being transferred to a psychotherapy center every month without anyone knowing about it?" she demands.

A Bridge Between Prison and Hospital

Kianoosh Sanjari, a blogger and pro-democracy activist, was arrested in 2016 after returning home to Iran to see his family. The journalist was sentenced to 11 years of imprisonment by the Revolutionary Courts, with at least five to be served.

In early 2019, Sanjari was abruptly transferred to Aminabad Psychiatric Hospital and injected with an unknown substance – thought to be the anti-psychotic drug haloperidol – that left him paralyzed for 24 hours. He was then cuffed to a bed for days without explanation. Shortly after being returned to prison, he was granted medical furlough.

But then, in November 2019, Sanjari posted an update on Instagram to say that the prisons authority had approved his transfer to a psychiatric facility. The reporter also bitterly wrote that the reason he was being labelled mentally ill was, ultimately, because of his nostalgia for home and desire to return to Iran.

In another recent case in December 2019, Hengameh Shahidi, an imprisoned journalist, was abruptly transferred to Amanibad Psychiatric Hospital by Evin Prison officials. In an audio file released after her return, Shahidi said: "There, when four male hospital staff members were met with my resistance and screams, they grabbed my limbs and dragged me to the ground. They decided to inject me with the psychedelic haloperidol substance, which anesthetized me and prevented me from resisting, and hospitalized me for two month without visits or outside contact. Due to my heart condition, I was on the brink of a cardiac arrest, with the shock from their behavior."

Shahidi's lawyer and family members vehemently objected to Shahidi’s transfer to Aminabad. The Iranian judiciary has yet to respond to their complaint.