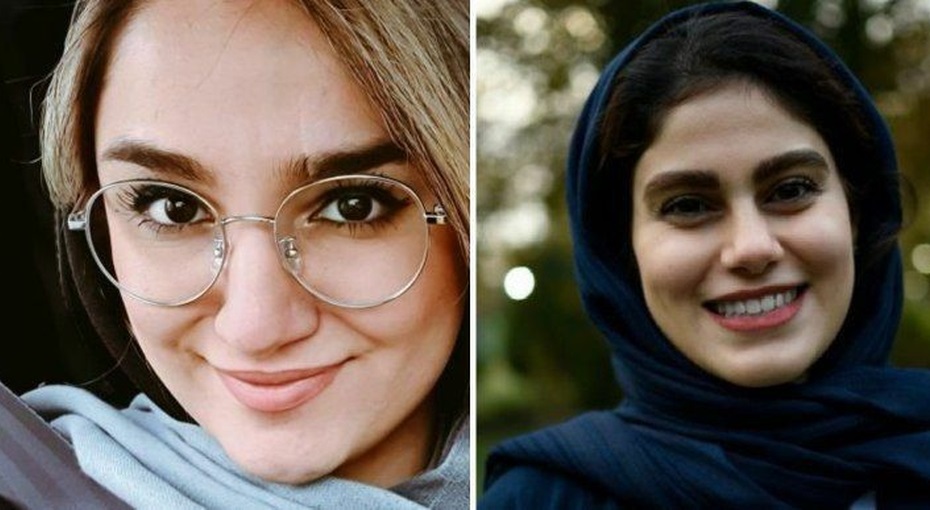 Late on Wednesday, June 23, one of the most horrific incidents in recent Iranian journalistic history took place in West Azerbaijan province. Earlier that day, about 20 environment reporters had gone on a tour of the Lake Urmia restoration project. While on a visit to the Kani Sib dam, their bus overturned on the road. Reyhaneh Yasini, of IRNA news agency, and Mahshad Karimi, a reporter for ISNA, were instantly killed. Another 17 other journalists were injured in the crash, with several now in a critical condition in hospital.

In the immediate aftermath of the tragedy, the brother of one of the injured spoke to Journalism is Not A Crime. "My brother is in a grave condition,” he said. “They said he should be kept in hospital. He’s also in a bad way because he saw the  bodies of two of his colleagues and friends with his own eyes.”

He added: “I’m on my way to Urmia now. Nothing is done right in this country. God damn all these officials."

The Department of Environment, which organized the trip, was quick to issue a statement about the disaster. "After visiting the Zab tunnel,” it read, “the reporters headed for the Kani Sib dam at around 6pm to rest and eat. Unfortunately, the bus carrying the reporters and the dispatch team overturned due to a technical defect."

Of the 17 people who were injured, four were air-lifted to Imam Khomeini Hospital in Urmia. About 10 other journalists were treated at the city’s Naghadeh Hospital on an outpatient basis while the rest were taken to a local hotel.

Ali Moradpour, the public relations manager for Naghadeh, was later forced to deny rumors that a third reporter had been killed. "There were only two people killed in this incident,” he said. “One of the injured was under the bus, who was initially thought to have died but had a broken leg.

The Iranian Road Maintenance and Transport Organization has named the bus driver as the main culprit for the crash. Organization head Farhad Salehian told ISNA: "The driver took it upon himself to take the passengers on the road, without orders. According to the latest report by the traffic police, he was to blame due to his inability to control the vehicle."

Iranian journalists, however, have contested this version of events. Reporter Saeed Shariati hit back in a tweet: "The Transport Organization’s announcement is an insult to our consciences. The reporters were taken on a visit by the Ministry of Roads. Then it was claimed the driver was just passing by, without permission! You mean to say that all our colleagues were just waiting by the road and caught a passing bus?"

Veteran Iranian journalist Naser Alaghbandan also weighed in on the tragedy. "In every tour we go on with officials,” he wrote, “the most badly-damaged vehicles, from buses to planes, are the ones assigned to us journalists. The same goes for the accommodation. We’re not important to our superiors, nor to those who rose above us in journalism."

One of the reporters to undergo surgery in Urmia was Hassan Zohouri, who spoke to a reporter from his hospital bed while wearing a neck brace. "My ribs are broken, and I have suffered several other injuries," he said. "The bus they put us on was very poor. It was rubbish. When we got on, we all made jokes about it. I don’t know why they took us there on a bus like that. It was a terrible accident. Two lovable, professional journalists lost their lives."

Mohsen Zohouri, whose brother Hassan Zohouri was also admitted to hospital, wrote on Twitter: “I’ve spoken to my brother. On the realization that his broken rib had pierced his lungs, he was taken to the ICU. Six hours have passed since the bus crashed and now they tell us the team of doctors has arrived.

“They realized so late that his lung was punctured. The PR department at Urmia Department of Environment also said they had procured the ‘best driver’ and the ‘best bus’ for them!"

A reporter for Tasnim News Agency, Morteza Mohammad Sadegh, was also seriously injured and initially unaware of the deaths of his two colleagues. Before being transferred to the operating room, he told reporters with tears in his eyes:  "After visiting the tunnel, we boarded a bus, and I remember we went to sleep because we were all tired.

“Apparently the brake was broken. I remember people saying ‘My God’. We were sitting in the back row, and when the bus overturned, it fell on my feet. I saw a female colleague whose whole body was under the bus. I hope she is alright and no-one will die."

Attempts to Censor Reporters’ Accounts of Tragedy in West Azerbaijan

In a video published by Hamshahri, Zeinab Rahimi, one of the injured journalists, could be seen tearfully addressing Issa Kalantari, the head of the Department of Environment. "Is this fair?” she demanded. “Three days from now, it was going to be Mahshad Karimi's wedding. Now her husband is on his way. He is coming, and we don’t know how to deliver his wife's body to him.

“Sir, what was wrong with getting a healthy bus? Did we come here for money? I always come at my own expense to write reports about the lake. This time, the Headquarters [for the restoration of Lake Urmia) asked me to come. You spent all that money, but you couldn’t get a VIP bus for reporters, instead of taking us in a heap of scrap?"

She added that a colleague had noticed the driver using the gear stick to brake because the brakes themselves did not work. “The prosecutor came and asked us, 'Why did they bring you from this remote road?'” she said. “We wondered if they wanted to kill us. They should say so. Now we have two colleagues dead. Mahshad have could abstained from coming because it was her wedding in three days’ time, but she came because she loved the environment..."

The video published by Hamshahri then abruptly cuts off. The camera is pointed down at the ground and a voice can be heard saying: "You should not film."

Other journalists, though, are determined to keep Rahimi’s words on the record. Reporter Pedram Alvandi reposted the film on Twitter, stating: "Watch the video of Zeinab Rahimi's bitter grievances addressed to Issa Kalantari. The reality, though, is in the final few seconds of this film, where Mr. Raisi’s agents prevent the Hamshahri reporter from filming.”

The Association of Iranian Journalists has said in a statement that it will be investigating the causes and details of the incident itself, and publishing the outcome. It added that it would follow up “with vigor and force” if official negligence was found to be behind the tragedy.

Two young journalists, Reyhaneh Yasini and Mahshad Karimi, have been killed with their whole lives ahead of them, leaving their families and loved ones in a state of unspeakable grief. Back in December 2019, Yasini, a graduate of Tehran University who had an active and often critical presence on Twitter, had posted on her personal account: "We all die easily; the authorities' only job is to announce our death."