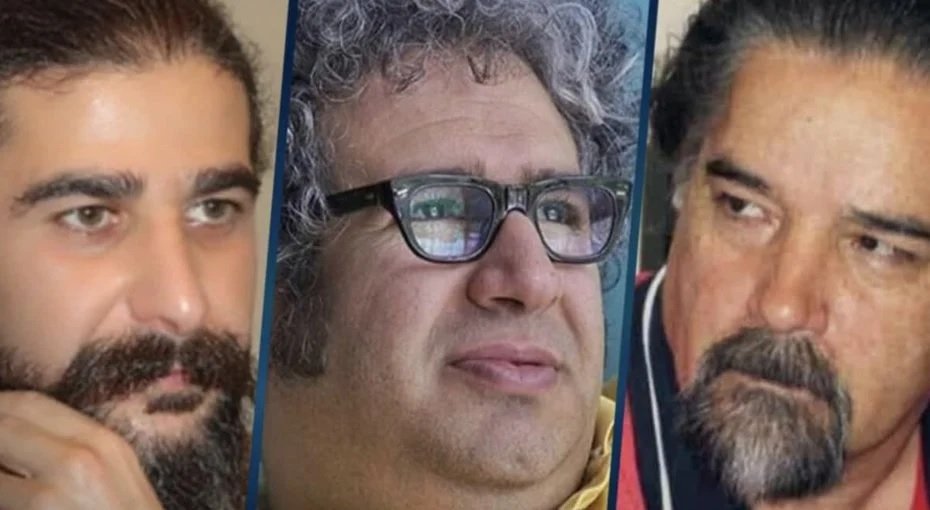 Three imprisoned Iranian writers have been honored by PEN America for “their writing, their defense of free expression, and their peaceful opposition to state censorship."

The free expression advocacy group conferred its 2021 PEN/Barbey Freedom to Write award on Baktash Abtin, Reza Khandan Mahabadi, and Keyvan Bajan during an annual ceremony in New York. The three were sentenced to six years, six years and three and a half years in prison respectively in May 2019, in connection with their activities with the Iranian Writers’ Association.

Abtin is a poet and filmmaker, Mahabadi a fiction writer and literary critic, and Bajan a novelist and journalist. PEN America CEO Suzanne Nossel described all three as “writers called not only to offer prose and ideas on a page, but to live fearlessly – and sacrifice immensely – in service of the liberties that underpin free thought.

“By taking up the mantle of leadership within Iran’s literary community, they have served as beacons for countless authors and thinkers whose ability to imagine, push boundaries, and challenge repression under the most dangerous conditions is fed by the knowledge that they do not stand alone.”

The Islamic Republic of Iran ranked fourth in PEN America’s 2021 ranking of the worst jailers of writers worldwide. Nossel added: “The Iranian government’s targeting of these three lions of Iran’s writing community, men whose only weapon is their intellect, marks the moral bankruptcy of a regime that is so afraid for its own survival that it has resorted to a futile effort to stamp out independent thought.”

The PEN/Barbey Freedom to Write Award is conferred on a given writer in detention to mark the beginning of a global advocacy campaign calling for their freedom. Past honorees include Chinese essayist Xu Zhiyong and Saudi writer-activists Nouf Abdulaziz, Loujain Al-Hathloul and Eman Al-Nafjan.

More than a year after their sentencing by Branch 28 of Tehran Revolutionary Court, Abtin, Bajan and Mahabadi were summoned to Evin Prison to begin serving their sentences last September, in the middle of the pandemic. Both Abtin and Mahabadi went on to contract Covid-19 behind bars.

They had been variously convicted for having compiled a 50-year anniversary book on the Writers’ Association, publishing the Association’s statements and taking part in demonstrations, as well as the more predictable “propaganda against the regime” and “conspiracy against national security”.

In a joint statement sent dated September 21, Abtin, Bajan and Mahabadi sent their greetings from Ward 8 of Evin Prison and expressed their gratitude for the group’s attention to their case.

“In many parts of the world,” they wrote, “authoritarianism – best manifested in censorship and oppression, publicly or hidden – is ruling and spreading fast. This doubles the responsibility of writers because human beings and creativity flourish in absolute freedom. Isn’t that the writer’s dream?

“We have been imprisoned for fulfilling this responsibility, and we have no regrets. We are also well aware that there are many famous, unknown, free, or jailed individuals who are fighting to put an end to censorship in Iran and around the world. Your award in fact belongs to all of them. It also belongs to the members of the Iranian Writers’ Association, who have been standing up against censorship, and for more than half a century, have been advocating for freedom of expression without exception under unimaginable circumstances.”

"Once again, we salute you and express gratitude."

Weekly Censorship Report: Translator Sentenced to 11 Years in Prison and Rally to Support the Arts

Eight Writers and Journalists Arrested in One Month