Iranian Filmmaker Sentenced to 6 Years in Prison and 223 Lashes 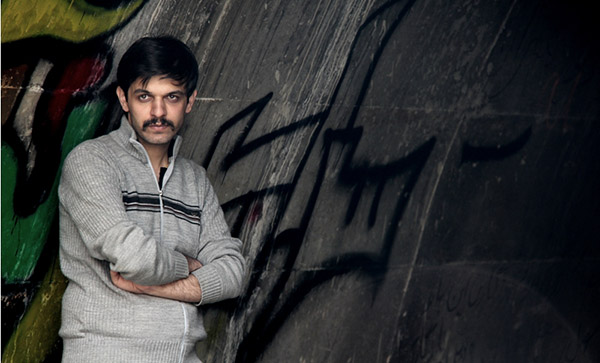 Iranian filmmaker Keywan Karimi has been sentenced to six years in prison and 223 lashes.

After almost two years of hearings, Karimi received his verdict on Tuesday, October 13. The filmmaker was arrested on December 14, 2013 at his home and taken to Evin Prison’s Ward 2A controlled by the Revolutionary Guards. He spent 12 days in solitary confinement, after which he was released on bail.

Charges against Karimi included “insulting the sacred,” “propaganda against the regime” and “illicit relations” because he shook hands with a woman to whom he was not related.

According to his lawyer, Amir Raeesian, the charges of “insulting the sacred” and “propaganda against the regime” were in response to his latest documentary, even it had not been publicly screened. “This documentary has not been distributed or seen by audiences, but it was the basis for the charges and the verdict,” Raeesian says.

Karimi has made a number of documentaries and fictional films, some of which have been screened at international festivals and received honors and awards.

But his latest work, the documentary Writing Over The City, is what landed him in prison. The film tells the story of graffiti in Iran, and how it has changed over time as a result of social and political events.

“The University of Tehran produced the film, and throughout the process of making it, all necessary permits were obtained,” Raeesian says. “We attached them all – even the permits for his research at various places like the Library of the Parliament – to the case file, but unfortunately they were ignored.”

Raeesian insists that the documentary has not been screened anywhere. “The verdict on his cinematic work is wrong. None of his work has been done without permits, and none of it is against the law,” he says.

Another accusation, which authorities raised repeatedly throughout the trials, was that Karimi had made a music video for an Iranian singer in exile. “My client denied this accusation,” Raeesian says, adding that his client “cannot play any musical instrument whatsoever.”

Karimi was also found guilty of “illicit relations” because he shook hands with a woman to whom he was not related. “For this charge they combined two articles [of the penal code] and gave Mr. Karimi the maximum sentence, the same way they had given him the maximum sentence for insulting the sacred,” Raeesian explains. 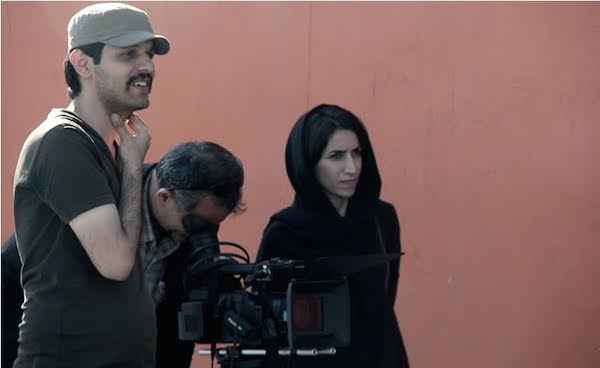 According to the lawyer, the judge convicted Karimi several months before the trial had ended. At the final hearing, as Judge Mohammad Moghiseh – who is blacklisted by the European Union for human rights violations – read out the charges, Raeesian noticed that he was reading them from the verdict. Though he objected to the judge, his complaint was dismissed.

Based on the evidence presented, Raeesian hopes the appeals court will annul the verdict.

Karimi has a degree in media studies from the University of Tehran. He started working as a filmmaker at a young age, and has made 12 films and worked on a number of photography projects.

In some of his films, Karimi, who is Kurdish, shows the difficulties Kurdish people living in the Iranian border regions face. One documentary, The Broken Border, was awarded best short documentary at the Beirut International Film Festival in 2013. In the film, Karimi casts a poetic look at fuel smuggling from Iran to Iraq and the lives of the people there, as well as the wildlife in the area.

Another film, “The Adventure of a Married Couple”, was screened at the San Sebastian, Freiburg and Zurich film festivals and was well received by audiences and critics. The film, which focuses on depressing life of a working-class couple, was adapted from a short story by Italian writer Italo Calvino.

Now Karimi has been sentenced to six years in prison and 223 lashes. It remains to be seen whether the arrest is part of a wider campaign to silence creativity in Iran. Certainly, hopes that conditions for free expression might improve following on from the nuclear deal are fading fast.