Iran Protests: 40 Jailed Journalists are Tip of the Iceberg 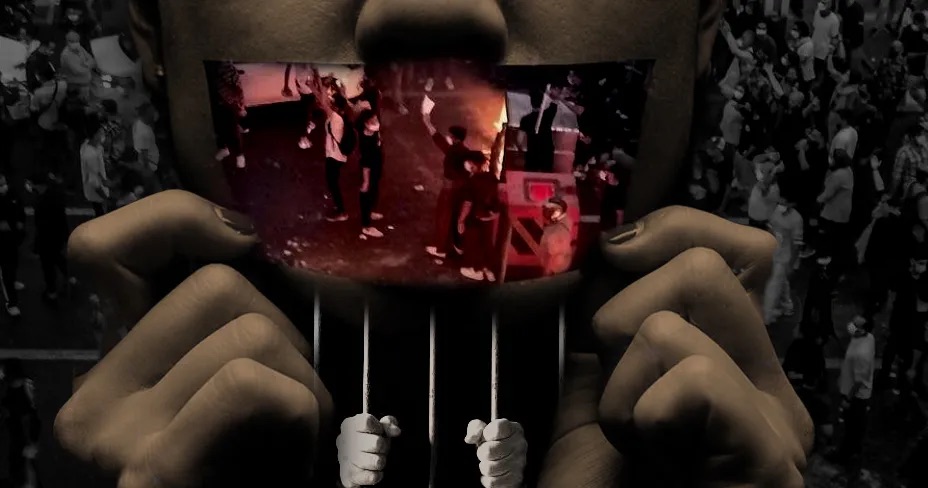 A journalist from Sirjan told IranWire that many journalists and media activists have been arrested, in small towns, whose names are not mentioned in the statistics. This reporter, whose camera was seized by security agents while walking in the street, explains: "Many journalists have been summoned, interrogated and threatened. Some of them have been threatened through their families and some have been detained and released after several hours of interrogation. They have created an atmosphere of terror for journalists in small towns, so that they cannot spread the news and images of the protests to other people and news networks."

Hadi Ghaemi, the director of the Human Rights Campaign in Iran, predicts that the number of arrests of journalists will increase in the coming days and that the arrests will continue.

Nemat Ahmadi, a lawyer, expressed concern about the conditions of detention of journalists and media activists, and told IranWire that: "None of the journalists have been able to contact either their journalist colleagues or a lawyer. This is how most of the detainees have been treated. because we are in a very special circumstances and the number of detainees is added every day."

Referring to the release of 400 detainees during the recent protests, by the Tehran prosecutor on October 4, this lawyer and university professor explains: "This shows how many detainees there are, that only 400 people were released at once."

According to Nemat Ahmadi, no lawyer has yet been able to represent any prominent media figures. "If they say that the arrests are security-related, their case will be placed under the note of Article 48, and they should choose only from among the lawyers trusted by the judiciary. But these lawyers are not inclined to take these cases and they prefer the paid cases in which there is money," he said.

A journalist in Iran says: "Physically, we are good, but mentally, we are not; unless they arrest us, then we will be bad in both ways." The reporter added: "We do not even know each other because of the fear of arrest and the lack of internet."

In the recent protests and following the arrest or summons of journalists, and specifically after the arrest of two journalists from Sharq and Hammiham newspapers, Tehran's morning newspapers generally publish reports on the protests without the author's name.

Concerns also persist that these journalists will be charged with security offences rather than media ones. Mr. Ahmadi says: "If the intention of the judiciary is to be fair and they want to deal fairly with the case of arrested journalists and media activists, they should prosecute them under press criminal charges. In this case, a jury must be present after the trial stage, because these people are journalists and may travel to Saqqez, for instance, or move around the city to perform their duties and work. These people have not committed any crime. They should be dealt with in the press court and in accordance with the press law."

Detainees from the recent protests are unlikely to have yet seen a lawyer. Or if they have, then it is unlikely or impossible for these lawyers to already have gained access to the files of the detainees.

According to Nemat Ahmadi, after several weeks, many lawyers have not even visited the prosecutor's office to complete the initial paperwork for their cases. A number of those arrested have not yet been charged.

Mohammad Hossein Ajorlou, the husband of Niloufar Hamedi, wrote on his Twitter account on October 4: "Niloufar Hamedi called me on Tuesday night, on the thirteenth day of her arrest. She is doing well and is in a cell with eight other detainees. I still do not know anything about the case or the time of her release. But because many friends are following on my wife's condition, I felt it necessary to inform the people."

Niloufar is a journalist and a member of the editorial staff of Shargh newspaper, who was arrested when protests over the death of Mahsa Amini began.

"First of all, the arrested person should be charged. In this situation, journalists and media activists live in an information vacuum and complete ignorance. If the journalist or any arrested person has a lawyer, at least he has a psychological advantage, and also the judge has not committed a violation," Ahmadi says.

According to the investigation and verification of IranWire, 27 journalists and photographers have been arrested in Iran so far. IranWire is unable to verify if any student or citizen journalists are also among those detailed.

According to the investigation and verification of IranWire, 27 journalists and photographers have been arrested in Iran so far. The 27 are listed below.

According to the investigation and verification of IranWire, 27 journalists and photographers have been arrested in Iran so far. The 27 are listed below.

2: Masoud Kordpour (journalist and one of the directors of Mokrian news agency, arrested on September 20, Bukan city of Urmia),

13: Farshid Gorbanpour (literary journalist and manager of Soren Book virtual bookstore, arrested on Sunday, September 25, at around 3:30am his home),

14: Navid Jamshidi (journalist for economic desk in Asia newspaper, arrested at midnight on September 29, at his home in Tehran's Writers' Quarter),

16: Elaheh Mohammadi (journalist of Ham-mihan newspaper, arrested in Tehran on September 29, after being summoned by phone),

18: Mohsen Ahmadizadeh (local journalist in Jiroft, who was arrested on September 23),

19: Aria Jafari (photojournalist for ISNA news agency and responsible for the photo service of this news agency in Isfahan. He was arrested by the security forces at his home on Sunday, September 25, 2022),

22: Siavash Soleimani (journalist and veteran media activist from Urmia, arrested at his home by the intelligence agents of the Urmia Guard Corps on October 1, 2022).

23: Safieh Gharabaghi ​​(journalist and women's rights activist, arrested at her workplace on October 1, in Zanjan)

24: Alborz Nezami (on the October 2, he was arrested at his workplace, Donya-e Eghtesad newspaper).

27: Batul Belali (a reporter of Farday-e Kerman news agency and Pasargad local newspaper in Kerman, was arrested on September 21 and released a few days later)

And it goes without saying that any journalist who is not detained is nevertheless unable to fully cover news inside Iran due to the fear of arrest and insufficient internet access.