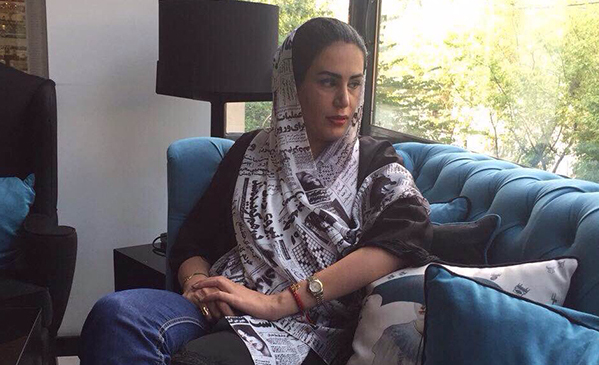 A judge in Iran handed down a three-year prison sentence to journalist Solmaz Ikdar on November 10, on charges of ‘insulting the supreme leader’ and ‘propaganda against the state.’

Judge Moghiseh, well known for his harsh treatment of independent journalists, sentenced the 33-year-old, who has worked for a range of publications in Iran, including Farhikhtegan, Mardom-e Emruz, Aseman, Bahar, and Sharq.

Ikdar was stopped at the airport on June 18, 2015 and denied the right to travel abroad. She had planned to study abroad after being expelled from university in 2008 in connection with a previous charge of propaganda against the regime. She was sentenced to six months in a probation facility.

Despite hopes that she would be able to resume her studies when Hassan Rouhani began his presidency in 2013, this did not materialize.

“Solmaz went on many trips after 2008 and never had a problem,” the journalist’s mother, Shahrzad Garschi, told Journalism is Not a Crime. But in June, she said, “they confiscated her passport and sent her to the prosecutor’s office. There she discovered that she had been charged with insulting the leader and propaganda against the regime.”

Ikdar’s mother said authorities informed the family about the bail amount in connection with the charges, but that the family was unable to pay it.

“Solmaz was taken to Gharchak Prison, where she stayed one night. There they charged her with yet another charge, of insulting regime officials. She was convicted by a non-criminal court and ordered to pay a fine.”

She was due to face trial in September, but this was postponed due to the absence of the prosecutor’s representative. Finally her case was heard on October 20, 2015. Judge Moghiseh convicted her, announcing the sentence on November 10.

“We have not yet appealed,” said her mother. “We will definitely appeal against this verdict. But we do not have much hope.”