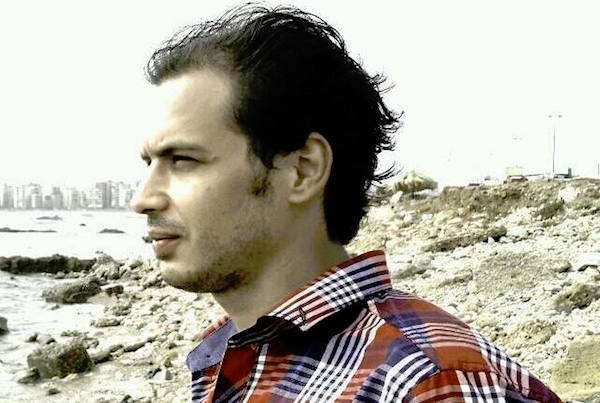 Syrian photojournalist Bassel Tawil was lucky to escape his country after the regime had interrogated, threatened and beaten him for documenting the civil war with his camera. But living in France, thousands of kilometers away from the horrors he endured, has not eliminated the fear, worries and pain.

Bassel Tawil was in Paris on Friday, November 13, 2015, when seven ISIS terror attacks hit the city. More than anyone, he and his Syrian friends sympathize with the French people, the victims and their families.

“This happens every day in Syria,” says the 27-year-old photojournalist, who himself lost his younger brother in a bombing in Syria. Every day since the Paris attacks, he has joined public gatherings to show his condolences.

“In Syria, you experience the terrorism of ISIS, Assad and Hezbollah every day, and therefore most Syrian citizens, activists and journalists stand in solidarity with the French people against terrorism. They are feeling it more than any other people,” he says.

Bassel Tawil, from the city of Homs, originally studied network engineering in Syria, and after graduating in 2009 he found work as a graphic designer. But when the Arab Spring reached his country in 2011, he, like many other Syrians, picked up his camera to document the brutal crimes committed by the Assad regime.

Tawil created the Facebook page “Lens of a Young Homsi,” which features photos by amateur and professional Syrian photojournalists of the daily life in the Homs province. Soon Tawil was working full time as a freelance photographer for the news agencies AFP and Reuters, and his pictures were published in media all over the world. He also worked with human rights organizations, documenting war crimes in his area.

But Tawil worked under his real name. A mistake, he admits. With his byline appearing in international media outlets, he quickly became known to the Syrian authorities. In 2012, a friend told Tawil he was wanted by the regime, which meant he was at risk of being arrested if stopped by security forces at a checkpoint.

As the conflict escalated, so did the pressure on journalists working in Syria, who were increasingly risking their lives to expose the harsh realities of the war, and who one after one were forced to leave the country because it was too dangerous for them to stay.

“I received many threats from the regime because of my work, saying I was wanted by two security branches in Syria,” Tawil explains. “But most threats were from my friends. Not close friends, but people I knew from high school or college, who support the regime. They sent me threats saying they would kill me and my family.”

Tortured to expose his friends

Tawil lived through the siege of Homs, a three-year military confrontation that ended in May 2014 following an agreement between the government forces and rebel fighters, which left the area under full government control. The terms of the agreement included that people like Tawil, who was wanted by the regime, wouldn’t be harassed, threatened or arrested.

But the harassment continued. When Tawil tried to leave Homs, he was held by the Syrian authorities, who interrogated him for 10 days to make him expose information about other journalists in the area.

“They asked me about names of my friends who work as journalists,” he recalls. “After two days they started using new tactics. They threatened and beat me. I was very afraid they would send me to jail. In the siege I was prepared to die at any time. But in the Syrian jail it is much worse. They torture and do very bad things to you. Here you only want to die, but they will keep you alive.”

After 10 days of harsh interrogations, Tawil was told to come back within a week.

“I knew immediately, I must leave, because at every interrogation, things became worse. They threatened me that if I left they would arrest or kill me at the checkpoint. But I also knew that if I stayed, they would jail me,” he says.

With the situation being too risky, Tawil decided to pay a smuggler to get out of the country to Lebanon. He was lucky compared to his friends.

“I had the chance to get out of Homs, and I succeeded. But for those who stayed, to this moment I still don’t know what happened to them. I have three friends who also worked as journalists who I have no information about.”

And though Bassel found safety, he constantly fears for his family, whom he left behind in Syria, and who still receive threats from the regime.

“Every month, my sister goes to hospital in another Syrian neighborhood to get medicine for her baby. At the regime checkpoints, they often ask about me. They tell my sister they know where I am, and that they will get me. And they threaten her: ‘If Bassel doesn’t come back we will kill you’,” he says.

Exile is no dream life

The young Syrian photographer continued to face harassment in Lebanon. When trying to leave for Turkey, the Lebanese authorities took his passport at the airport. With the help of AFP and Reporters Without Borders he eventually got to France, where he has now been granted asylum.

But living in exile is no dream life, and the memories of war, threats, interrogations and beatings still trouble Tawil.

“I have friends from before the revolution, who are also in France. They always tell me, ‘you are not the Bassel we know. You have changed.’ I guess they noticed I don’t talk as much as I used to. I always want to be alone,” he says.

“At first I hadn’t thought about it. But maybe I did change. Things have been very hard the last four years. I still have dreams and flashbacks. I don’t like the dark; I hate loud voices. I can’t sleep normally, and when I sleep I hear voices from the siege. So I never sleep more than four or five hours because of that.”

Although he paid a high price to follow his dream as a photojournalist, Tawil has no regrets. But his many photos have a different meaning to him today, and despite being far away from the life he captured on his camera, it’s still hard for him to look at the pictures.

“I’m still afraid to look at the photos I took in Syria, because each of them has a story and it takes me back to what happened. I am afraid of the memories,” he says.

The photos remind him of his past and everything he has now left far behind: His family who, despite the dangers, decided to stay in Homs. The murders, destruction and starvation that were a part of everyday life during the siege. The day a regime bomb killed his two best friends and his younger brother.

“It’s very hard to live in exile, because everything I have is there: my friends, my family. I am always thinking about my home country. Here is a temporary life, everything is temporary,” he says.

“France is of course very different from Syria,” he says. “I can go freely on the streets; I can take my camera. There is freedom and democracy. But I will always have a relationship with my home country. Like most Syrians, I would go back to Syria tomorrow if I could.”

Since he came to France, Tawil has felt welcomed by the French people. But he is now afraid the Paris attacks will make life harder for Syrians like himself, whose only wish is to live in safety.

“Many Syrians are afraid of what will happen now. I am afraid that the politicians will take some actions against Syrian refugees. I got asylum, but there are more like me, who are coming from Syria because of what happens there. They are coming here for safety.”

Four Years in an Eritrean Jail: “Poetry Gave Me Hope”