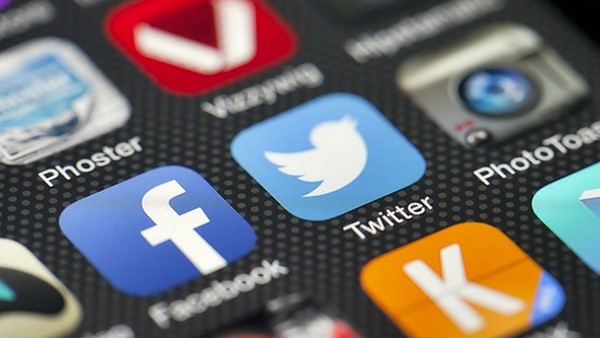 Since the election of President Hassan Rouhani in 2013, online social media, including Facebook and Twitter, have played an important role in his administration’s media strategy – despite the fact that, in Iran, these sites are blocked and banned.

Iran’s hardliners, including the Supreme Leader, promote censorship online. The internet, they argue, has a “poisonous nature,” so filtering “protects” Iranians from the country’s enemies.

But as a moderate president, Rouhani, who has publicly voiced his criticism against internet filtering, has little power when it comes to reforming the system. More than two years into his presidency, many foreign websites including Facebook, Twitter and YouTube continue to be blocked. In the meantime, the majority of Iranians have found ways to bypass the firewall.

Speaking to Journalism Is Not A Crime, Amin Sabeti, Information Security Analyst and IT Researcher at Small Media, offered a guide to internet censorship in Iran. Who blocks online content and how, what will the future filtering system look like, and why is the so-called new technique “smart filtering” a lie?

What methods do the Iranian authorities use to block internet content in Iran?

In general they are using three types of blocking. One of them is based on keywords, so you aren’t able to search things like “sex”. But this type of filtering is now dead, because Google encrypted their communication. So now you can search for sex, but the specific website you open might be blocked.

The second type is based on the web address. So sex.com is definitely blocked. I remember that Middlesex University’s website was blocked for about six months because it has sex in its name, so the system blocked it.

The third type of filtering is what they did with Facebook, Twitter and YouTube. They have blocked all of the IP addresses that are related to the sites.

The situation is a bit messy. You have the Iranian Cyber Police (FATA), the Revolutionary Guards (IRGC), the judiciary system, the Filtering Committee (CDICC), the ICT Ministry, and the Supreme Council of Cyberspace (SCC). All of them have power. The Filtering Committee has a strong role, and so does IRGC. But it is not possible to say who has the main responsibility when it comes to internet censorship in Iran.

Why do so many Iranian officials have accounts on Facebook and Twitter when these are blocked in Iran?

I think Iran is the only country in the world where Facebook and Twitter are blocked while officials are using it themselves. President Rouhani’s team is very clever and tech-savvy in using technology to promote their ideology or policies. They see opportunities on Twitter and Facebook. Even the Supreme Leader is on these social media sites.

It shows a kind of double standard: The authorities block something while still using it themselves. And they automatically assume that Iranians bypass the whole blocking system. The fact that officials are online shows that internet censorship is not a big deal in their opinion. If they truly believe that Facebook and Twitter are “bad” or “criminal” websites, then, as officials, they wouldn’t create a profile.

Are the politicians denying their responsibility for internet filtering?

Especially President Rouhani’s government. From the day Rouhani won the election in 2013, he and his cabinet members all say it is out of their power. The best case is Facebook. Whenever you ask them why Facebook is still blocked they say, ‘We didn’t block it, the previous government did.’ They use the previous government as an escape. However, we know if they really want to unblock Facebook, they can do it. For instance, President Rouhani prevented the blocking of WhatsApp in May 2014.

Many moderate politicians talk about a new technique called smart filtering on sites like Instagram. What is smart filtering and how is it different from old-fashioned blocking?

Especially Rouhani’s cabinet talks about “intelligent filtering” or “smart filtering”, which they claim only filters the specific content that – based on their opinion – is criminal, without blocking whole websites. But it’s not true. Old-fashioned blocking and smart filtering is the same, because you block specific URLs. For some reason, they would really like to change the name in order to sell it, but they are just playing with the words.

In the case of Instagram, smart filtering meant they just blocked the URL of specific Instagram profiles. Iran claimed that smart filtering was successful because they could block some profiles, without blocking all of Instagram. They blocked pages, such as those of Kim Kardashian, Justin Bieber and icons with nude images. But that was before Instagram rolled out HTTPS and encrypted its communication.

What does it mean when a website encrypts its communication? What consequences does it have for the filtering?

Now most big websites are running based on HTTPS, or TLS/SSL, which means the communication is secure and encrypted. It means the authorities can’t monitor your activities, and therefore they can’t block specific pages within a domain. If you are using encrypted communication, the only thing the authorities can see is that you are visiting for instance facebook.com, but they can’t see what you are browsing. They can’t see if you like or visit a page or write a comment.

With encrypted communication, it means you either have to block all pages on the platform or none of them. So from a technical point of view, you can’t do smart filtering.

What happened to Instagram in Iran when it rolled out HTTPS?

When Instagram rolled out HTTPS in February 2015, the whole communication between the user and Instagram became encrypted. Then Iran, China, UK, any country, can’t read the communication and don’t have any idea what’s going on when people browse on Instagram.

The whole filtering system collapsed because when the system can’t read the data, then it can’t block parts of it without blocking the whole site. The only solution for the Iranian authorities is to do like it did for Facebook and Twitter, where they blocked the whole platform. They chose not to. Now the whole of Instagram is open, and all Iranians can access the images and profiles that had been blocked before.

Why do websites encrypt their data?

Now there is kind of a movement encouraging all websites to encrypt their communication, especially after the NSA scandal, and more and more websites will do it. They are doing it to protect their users’ privacy and their business against hackers and surveillance. They don’t do it because of freedom of expression.

If smart filtering is technically impossible, why do Iranian politicians brand it as an achievement?

To justify that they are doing their best to block content. One theory is that Rouhani’s government is playing with these words to push back hardliners who would like to expand internet censorship in Iran. Rouhani’s government is clever enough to not block very popular platforms because it would damage them in the next election or in the future. They are just buying time.

Does that mean the Iranian authorities are working on some technology that enables them to smart filter in the future?

They say they are working on something, but we know that from a technical point of view they can’t do it. They have two solutions based on the current situation: One is, with for instance Instagram, to block the whole platform. I don’t think they will go for that solution. The second solution is to ask Instagram to put its server inside Iran. China tried to do it with Google, they asked Google to put their servers inside China. Google rejected this and then completely shut down all of its activities in China.

Especially after the protests in 2009 [following the presidential election], Iranians have in general become more tech-savvy in bypassing the filtering system with VPNs and circumvention tools. But the Iranian authorities are then trying to block as many circumvention tools and VPNs as they can, but at the same time, the Iranians find alternative solutions. If they block A circumvention tool, Iranians go to B. And if B doesn’t work, they go to C. It’s a cat and mouse game, and this game will not end.

If Iranians can get around the filtering system, what is the problem then?

Circumvention tools are popular but lots of Iranians are still behind the wall. And another problem we shouldn’t forget is that if the authorities really want to crack down the whole system, they can do it as well. If something happens, like the protests in 2009, they can completely shut down all VPN traffic. In 2013, ahead of the presidential election, the authorities blocked all of it, so no one could use VPN in Iran.

So yes, many Iranian can bypass the system, but it’s their right to have free access to content. It comes back to the argument of freedom of information and equal access to information.

What will internet censorship in Iran look like in the future?

The authorities might not give up completely, but in the long term they will decrease the level of censorship massively. The current system is not a sustainable solution, and even pro-regime people use circumvention tools. The system is broken, though no one will admit it.

Another reason is demand. You have a new generation who grew up with a computer. Now that more people come online, the demand for access to websites will increase.

Conservative people will realize that the internet is not as dangerous as they think. Most internet users in Iran are not activists. Most people are going to Facebook to watch cat videos. They are people who like to upload images of their food and read status updates. Most of them use it for fun, not for activism.