Musical Instruments are a Crime on Iranian TV 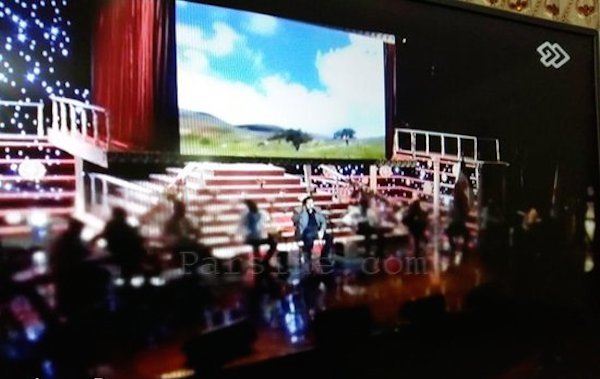 A photograph published on an Iranian website on February 11 reveals the absurdity of music censorship in Iran.

Recently, families around Iran were told they were in for a treat: Iran’s state TV announced it would broadcast a concert by popular Iranian singer Salar Aghili.

But when it came to the event, very little of the concert was actually visible. Islamic Republic of Iran Broadcasting (IRIB) came to the conclusion that parts of the concert did not quite live up to Islamic norms and standards — so, in response, they blurred the musicians playing instruments on stage. Iranian website Parsine published the image for its audience, in case any of them missed the IRIB’s latest act of censorship.

Yet IRIB was acting within its guidelines: Musical instruments have been banned on Iranian state television for more than three decades. Some Shia Muslim clerics say broadcasting music instruments is a haram act – an act forbidden by Islamic law.

The state broadcaster also has a history of banning popular musicians on television. Six years ago, it banned Mohammad Reza Shajarian, one of Iran’s most famous and beloved singers. In 2015, Iranian-born British singer Sami Yusuf, whose records sell millions in the Middle East, was banned by state TV after he performed in the Israeli city of Nazareth.

Salar Aghili, who appears on the image above, was also threatened with censorship recently — state television and Iran’s prestigious Fajr International Music Festival warned him at the beginning of February that he might be banned because he appeared in a television show on Manoto TV, a Persian-language satellite channel based outside Iran. However, the ban was lifted after Aghili apologized for his “wrongdoing”.