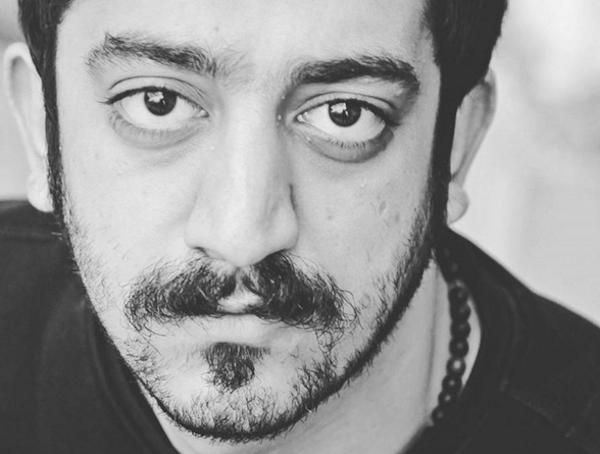 Mehdi Rajabian, an Iranian musician and founder of BargMusic, has put his musical instrument up for sale in order to pay a $6,600 fine imposed by Iran’s Revolutionary Court.

Last month, an Iranian court sentenced Mehdi Rajabian to three years in prison on charges of “insulting the sacred” and “propaganda against the regime” in connection with the production and promotion of underground music. He was also ordered to pay a fine of 200 million rials ($6,600).

His brother Hossein Rajabian, an independent filmmaker, and Yousef Emadi, manager of BargMusic, was given the same sentence.

Consequently, Mehdi Rajabian was left with no other choice than to sell his Setar, a Persian three-stringed musical instrument, according to a post on his Instagram page on Thursday, March 10.

“I have put my own instrument for sale to be able to pay the penalty that is part of the sentence that Iranian authorities have issued for me,” he wrote.

“My instrument is all I have. So, I put this instrument, which has made me cry and laugh, on sale. It isn’t just an instrument but the broken sword of a defeated soldier.”

Iran’s Revolutionary Guards arrested the three artists on October 12, 2013, in the northern city of Sari. After spending two months in solitary confinement, they were released on a bail of $67,000 each. During their time in detention, they were allegedly pressured to confess to their crimes.

The BargMusic website distributes alternative music across Iran and promotes the work of Iranian artists and lyricists, including female soloists

. سازم را برای فروش می گذارم تا بتونم جریمه های حکم صادر شده را بدهم. تمام دارایی من سازم است چیزی جز این برایم نمانده و همین ساز که با آن بغض کردم و خندیدم را برای فروش می گذارم، این فقط یک ساز نیست او شمشیره شکسته شده ای سرباز شکست خورده ی جنگ چالدران است که نام اش را گذاشتیم تاریخ ایران به روایت سه تار... آری ما هم گریه میکنیم زمانی که خسته ایم ز هر نظر. . I have put my own instrument (Setaar) for sale to be able to pay the penalty that is part of the sentence that Iranian authorities have issued for me. My instrument is all I have. So, I put this instrument, which has made me cry and laugh, on sale. It isn't just an instrument. It is a broken sword that belongs to a defeated soldier of the battle of Chaldiran which I call: "The History of Iran as Told by Setaar". Yes, we would cry too, when we are tired of everything. Desinge by Arash Shayesteh Ex