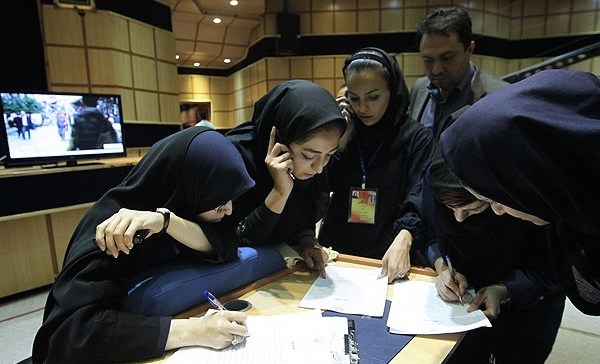 Arrests, torture, intimidation and threats are a part of everyday life for many journalists working in Iran. And it has deep psychological effects: Iranian journalists suffer high levels of trauma, depression and PTSD because of their work, according to new research.

“The part that surprised me about the results were the high levels of stress that the Iranian journalists confront,” explains Dr. Anthony Feinstein, a professor of psychiatry at University of Toronto, who has authored a number of groundbreaking studies on PTSD (Post-Traumatic Stress Disorder) among frontline journalists.

He is behind a new report titled ‘Iranian Journalists: A Study of Their Psychological Wellbeing’. ​The report, which is the result of a three-year research project, was commissioned by Journalism Is Not A Crime, and is the first to investigate the emotional health of Iranian journalists.

Of the 114 journalists participating in the study, the results show that:

The high level of stress has serious psychological consequences for the journalists, both those living in the diaspora and in Iran. The results indicate that the Iranian journalists included in the study are troubled by moderate to severe symptoms of PTSD – an anxiety disorder caused by stressful, frightening or distressing events. The symptoms include disturbing unwanted recollections and flashbacks, avoidance of memories of the traumatic event, and hyperarousal.

PTSD among the Iranian diaspora

Almost two thirds of the sample comprised of Iranian journalists living outside Iran. According to the data, they suffer from a significantly higher level of one of the PTSD symptoms compared to journalists still living in Iran.

“The level of avoidance is higher in the Iranian journalists who have left Iran. It’s really quite a striking statistical finding,” Dr. Feinstein says.

“The Iranian journalists in the diaspora are trying to block off thoughts of what trauma they might have sustained while they were living in Iran. One of the possible reasons for that might be that the journalists, who have left Iran, don’t have the same level of support; they don’t have the same kinds of networks that they had in Iran.”

The results also reveal significantly more PTSD symptoms in the group of journalists who had been arrested by the Iranian government.

The big question raised by these findings is according to Dr. Feinstein how best to assist journalists in distress, and to get beyond the stigma of PTSD.

“Getting the managers on board is extremely important. Because if the managers understand this, then they start changing the culture of the newsroom, and they can let journalists know that it’s acceptable to seek help.”

The findings in the study were similar to those among journalists in Mexico and Western reporters who have worked in war zones.

“Many of our patients are torture survivors from Iran”

Four Years in an Eritrean Jail: “Poetry Gave Me Hope”