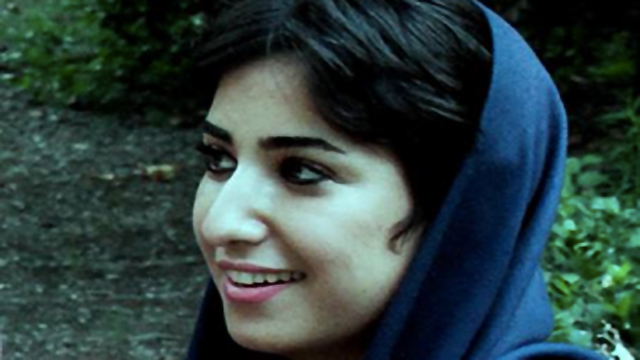 Iranian artist and prisoner of conscience Atena Farghadani and her male lawyer have been acquitted of “illegitimate relations” for shaking hands.

The written decision was sent to Farghadani’s lawyer, Mohammad Moghimi, on January 16, 2016, according to the International Campaign for Human Rights in Iran.

“My daughter was mentally crushed by this accusation,” Faraghdani’s mother, Eshrat Ardestani, told the campaign. “But she’s very happy since she heard about the acquittal.”

29-year-old Atena Farghadani is serving a 12-year prison sentence in Tehran’s notorious Evin Prison for drawing a cartoon that depicted members of the Iranian Parliament as animals.

In October 2015, the news emerged that Farghadani faced additional charges, including “indecent conduct” and “illegitimate relations”, after shaking hands with her male lawyer Mohammad Moghimi during a prison visit.

Under Iranian law, it is illegal to shake hands with a person of the opposite sex who is not a family member.

In addition to imposing new charges on Farghadani, the young artist was also subjected to an abusive “virginity test” in prison, a move that was condemned by human rights groups.

Moghimi was detained for four days before being released on bail. Farghdani is still awaiting a decision by the appeals court on her 12-year prison sentence.