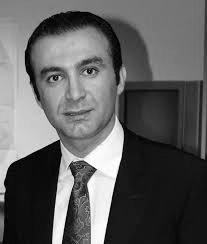 Collaborations with local newspapers in Khuzestan

Abolfazl Abedini is currently serving his sentence at the notorious Karun Prison where he is suffering from a heart condition but is being denied medical treatment.

Abul Fazl Abedini, a journalist from Khuzestan, was sentenced to three years in prison after being arrested on 6 July 2009[1] . He was released in 2014 after serving his maximum sentence.

When Abolfazl was being interrogated, spending 50 days in solitary confinement, the Revolutionary Guards in Ahvaz province charged him with “collaboration with countries hostile towards Iran” and “propaganda against the government by interviewing with foreign news agencies.” He was also sentenced on charges of working with human rights groups and being a member of the Pan-Iraniamism party. Abedini was sentenced to eleven years in jail – the sentence was later reduced to five years.

Abedini, who is also a human rights activist Iran, was arrested by security agents at his home in the aftermath of the 2009 Green Movement presidential election uprising. He was released on a bail of 300 million tomans on 4 November. But he was arrested again on 19 March 2010[2]  when the IRGC raided his father's home in Ramhormoz, Khuzestan.

Abedini was a witness in a special investigation into the murder of Sattar Beheshti, a blogger, while he was in Ward 350 of Evin Prison. Abedini also testified about his deteriorating condition when he was moved to that ward. Beheshti had been detained by security agents and under torture in November 2001 after he was transferred to Evin Prison.

After his testimony in that case, Abedini was transferred from Evin Prison to Ahvaz Prison. Following his transfer, a letter signed by 41 political prisoners in Ward 350 of Evin Prison was published on the Kalameh website. The letter protested against the transfer of Abedini, saying that on 13 November 2012, a criminal detective from Shahriar interrogated a group of inmates regarding the killing of Beheshti. Abedini, had reportedly said to the prosecutor: “I hope that the information that I’m providing you does not affect my [own] case.”

Abedini’s bail was later set at 900 million tomans. His mother, in an interview with the Campaign for Human Rights in Iran in November 2012, said that she had asked for a lower bail because she could not afford to pay that amount. He was released in November.

But conditions were not suitable for Abolfazl in Karun Prison in Ahwaz – he had to visit the medical clinic every three days to receive heart medication. At the same time, during his imprisonment, he was denied leave and banned from walking in and out of his cell because of his protests against the inhumane conditions in which he he and others were being held.

Finally, after years of imprisonment without leave, Abedini was released on bail on March 9, 2014, for 10 days and with a bail of 400 million tomans. He returned to Ahvaz Prison on 19 March and served his maximum sentencing of five years until his 2015 release.