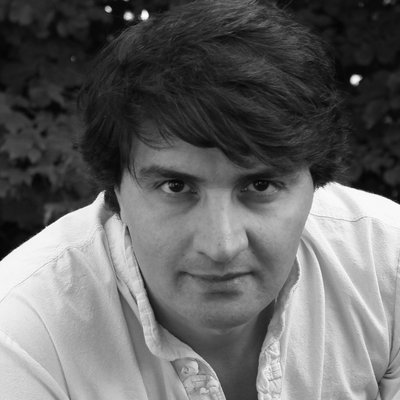 Iranian authorities arrested and tortured Ahmad Jalali Farahani on three separate occasions before he fled Iran for Turkey with his family.

“One of the most bitter moments of my life was when I had to burn some of my footage.”

Although he currently lives in Denmark, Iranian intelligence services continue to harass him for his work as a journalist. His documentary “We Are Journalists” looks at the difficulties journalists face in Iran in their attempt to freely express themselves and encourage democracy.

Ahmad Jalali Farahani has a master’s degree in media management and worked for Iran newspaper until 2007, when he was fired after President Mahmoud Ahmadinejad’s government put pressure on his employers to do so.

In summer 2008, he set out to make a documentary exploring the difficulties that journalists face in Iran. But on August 7th, 2008 he was arrested whilst filming the election for the board of the Association of Iranian Journalists in Tehran. He was released shortly afterwards after his colleagues, who had connections within the judiciary, intervened. He was made to swear he would stop making the documentary.

Following this, he worked for the semi-official Mehr News Agency and was appointed as its social affairs editor. Then, during the aftermath of the disputed 2009 presidential election, he began working for Radio Farda, the Persian-language branch of Radio Free Europe and Radio Liberty's broadcast services. Radio Farda is based in Prague and funded by the US Congress.

Farahani traveled to Dubai to conduct an interview for Radio Farda, but upon his return to Iran on November 24th 2009, agents from the Intelligence Ministry arrested him at Tehran airport; he spent a week in detention and was harshly interrogated. He and six other journalists were accused of working for the “Zionist media” and being members of a counter-revolutionary satellite network. He was charged with activities against national security and for playing an instrumental role in the 2009 post-presidential election protests.

On February 7th 2010, less than three months after Farahani was released from prison, eight officers from the Ministry of Intelligence turned up at his house, seized a number of his files, his laptop and his camera and took him away. For a month, Farahani was held at Evin Prison, where he was regularly tortured, both physically and psychologically.

Prior to this arrest, he had hidden the footage from his unfinished film about journalists in Iran. “One of the most bitter moments of my life was when I had to burn some of my footage,” he later said. “Imagine that you have no job and you have to drive passengers around to pay to rent a camera and then, to prevent harm to others, you have to burn takes that are more dear to you than life itself.”

Branch 2 of the Security Court at Evin reviewed his case and he was released on bail on March 8th, 2010 but remained under surveillance. He continued to receive threatening telephone calls, and was repeatedly summoned into questioning by the intelligence services.

In the summer of 2010, having been summoned to the prosecutor’s office at Evin again, Farahani and his wife and daughter fled to Turkey. He later said he was very reluctant to leave Iran but the pressures he was facing there, including the threat of being imprisoned, left him no choice. “They wanted me to return to the media and cooperate with them by writing about journalists who were active in the Green Movement. But I didn’t yield. Then — I think it was on August 3rd — that my interrogator rang and wanted me to give him information about Saba Azarpeik [a reformist journalist]. I said I didn’t know her. He said, ‘you’re lying. You spoke to her on the phone just a few days ago.’ Then he hung up.”

“Almost half an hour later my wife phoned and said, ’Ahmad, they called again and said that you must go to the prosecutor’s office at Evin.’ At the time, it was my daughter’s birthday. All our family had gathered at our home. That same night I decided to leave Iran. The next morning, my wife sold all her gold and by midday we headed to Turkey with two suitcases.”

However, even in Turkey, the Iranian intelligence services continued to harass him, including through a series of threatening phone calls and text messages. Then in November 2010, Ahmad and his family moved to Denmark from Turkey after one of his films was included in the Copenhagen DOX film festival.

In 2014, he finished his documentary “We are Journalists”, which features interviews with over 150 Iranian journalists in Iran and countries across Europe.

Farahani is currently working as an editor and documentary film director in Denmark.