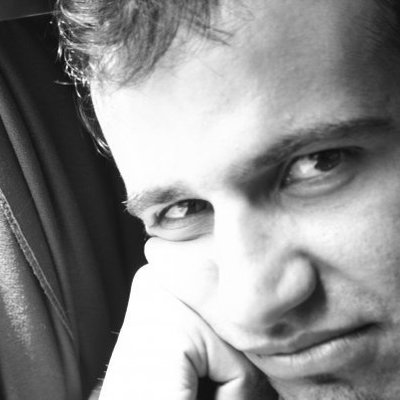 Ali Salem, editor of the “Thought” analysis section in the reformist Shargh Daily, was arrested October 3, 2022, at his Tehran home following protests over the death of the 22-year-old Mahsa Amini while in custody of the Morality Police.

He had been arrested before on Women’s Day when he participated in a protest rally for women’s rights in front of the Ministry of Labor and Welfare on March 8, 2018. Even before the rally got underway, police violently dispersed the demonstration and arrested more than 80 men and woman. Mohammad Mosaed, his colleague at Shargh, tweeted that the police had beaten Mosaed and had taken him away.

The majority of the detainees were released before the night was over but 14 women and five men, remained in custody, including Ali Salem who was released 10 days later. It was reported that some of the detainees might be charged with “activities against national security.”

Various groups of women’s rights activists had called for the rally. The plan was to read a statement of protest against gender inequality and discrimination against women, especially in the job market, and against the violations of their social and human rights. But this never happened because the police responded with force and violence even before the statement could be read out.

“Plainclothes officers riding motorbikes attacked the rally and started beating up the men,” said one of the released women. “Then they arrested people and put them in a van.” Mohammad Mosaed, Salem’s colleague at Shargh, tweeted that the police had beaten Mosaed and had taken him away.