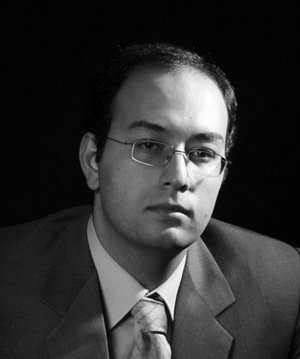 Ali-Asghar Honarmand, founder and editor of the website Narenji and an online activist in Kerman, was sentenced to 11 years in prison on 24 May 2014 on charges of “propaganda against the state” and "actions against national security.”

Honarmand’s sentence was deferred until e was arrested in January 2016 to serve his jail term – though some time later he was released. The exact date of his release is not known.

Honarmand and 13 other members of the website Narenji were arrested by agents of the Islamic Revolutionary Guards Corp on the morning of 2 December 2013. Two days after their arrest and interrogation, two of the fourteen members, an editor and an intern of the website, were released.

According to the International Campaign for Human Rights in Iran, eleven members of the Narenji website were sentenced at Branch Four of the Revolutionary Courts in Kerman on 24 May 2014 on the same charges as Honarmand. Honarmand, Hossein Nozari, Ehsan Paknejad and Abbas Vahedi were sentenced were variously sentenced to eleven years to two and a half years in prison, and seven others were sentenced to six months in prison with their sentences deferred for three years. Their appeal was held at Branch One of the Kerman court more than a year later.

In January 2016, while Ali-Asghar Honarmand, Hossein Nozari, Ehsan Paknejad and Abbas Vahedi were serving their sentences, according to one informed source in an interview with the Campaign for Human Rights, the appeals court had not yet released their judgment to either the clients or their lawyers.

On 3 December 2013, the day after the Narenji arrests, Ahmad Qorbani, the Deputy Prosecutor of Kerman, said: “These individuals are accused of acting against national security through collaborating with foreign networks and the production of content for counter revolutionary websites with the intention of overthrowing the Islamic Republic.”

The deputy prosecutor of Kerman also said: “The main members of this gang were taking their cues from fugitive dissidents”.

An informed source told the International Campaign for Human Rights in Iran: “According to the prosecution, the Pat Shargh Govashir Technology Company had designed websites for those involved with the Green Movement. But they only designed the sites. They only fulfilled their role as web developers. Customers ordered designs and they delivered, but the content of the sites had nothing to do with them.”

The source continued: “The lawyers are saying that nothing can be found in the case that could be used as evidence for the charges of propaganda or acting against national security and it is unclear for what reason the lower court introduced these accusations. The lawyers and their defendants said all of this in the appeals court and that it was expected that the appeals court would dismiss against the case with all of the defendants being acquitted. However, today we found that four of the individuals had their sentences enforced and were sent to prison without the appeals being heard. We hope that if they were arrested because of [protests after] the elections, they will be released sooner because there is really no evidence for these charges.”

Pat Shargh Govashir was the technology company that owned the Narenji website which covered news related to technology and devices. The website was launched by a group of technological bloggers in Kerman, and it quickly became one of the most popular technology websites in Iran. After the arrests of its members, both the ‘Narenji’ website and the company Pat Shargh Govashir were closed.

Narenji, a Persian language news and analysis site, was founded in 2007. Its editors initially started to familiarise people with new technologies in their daily lives. In 2010, Narenji won an award for most informative website and in 2012 it was awarded the best Farsi Weblog by Deutsche Welle.