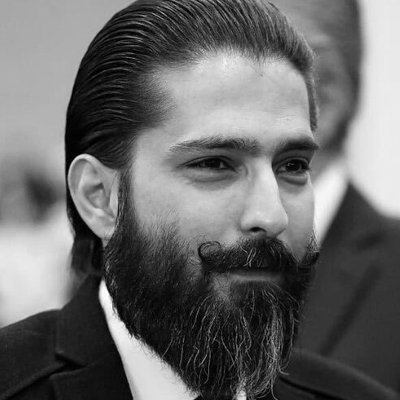 30 years’ imprisonment, 15 of them enforceable

Amir Salar Davoodi is a lawyer, a member of the Iranian Central Bar Association and a human rights activist. He managed the “No Retouch" Telegram channel and, prior to his arrest, he worked as a defense lawyer for numerous defendants who had been accused of political and security-related offences. On his Telegram channel, Davoodi published posts in which he wrote his opinions about a variety of issues in Iran including trade unions, politics and social affairs.

Amir Salar Davoodi is a lawyer, a member of the Iranian Central Bar Association and a human rights activist. He managed the “No Retouch" Telegram channel and, prior to his arrest, he worked as a defense lawyer for numerous defendants who had been accused of political and security-related offences. On his Telegram channel, Davoodi published posts in which he wrote his opinions about a variety of issues in Iran including trade unions, politics and social affairs.

On November 20, 2018, Davoodi was arrested by security agents at his office. He had previously represented a number of political and ideological defendants, and prisoners of conscience, including Baha'is, and he had been summoned and interrogated on numerous occasions.

On January 5, 2019, Davoodi's lawyer, Vahid Meshkani Farahani, told the Center for Human Rights in Iran that Tanaz Kolahchian, Davoodi's wife who is also a lawyer, had been repeatedly summoned to Branch 2 of the Evin Prison Prosecutor’s Office in relation to the “No Retouch” Telegram channel. But the case against her was later closed.

Davoodi was forced to spend six and a half months in solitary confinement of Section 241 of Evin, after which he was transferred to the general prison population.

After Davoodi’s trial, Kolahchian tweeted, on June 1, 2019, that Davoodi had been sentenced to 30 years in prison on several charges, of which 15 years would be enforced according to Article 134 of the Islamic Penal Code.

The charges against Amir Salar Davoodi were “propaganda against the state,” “insulting the government authorities,” “collaborating with hostile states” through conducting an interview with Voice of America, and “forming a group to overthrow the regime” in connection with his Telegram channel. On these charges, Branch 15 of the Revolutionary Courts of Tehran, presided over by Judge Salavati, sentenced Davoodi to a total of 30 years in prion, 111 lashes of whip, a fine of six million tomans, and two years of the deprivation of social rights including the right to stand for elected positions, employment in educational and journalistic jobs, employment in government positions, and so on.

Davoodi did not appeal the verdict.

In a tweet on July 30, 2019, Mostafa Turk Hamedani, a defence lawyer in Tehran, spoke about Davoodi’s 15-year prison sentence: “Today, I learned that the sentence of 30 years imprisonment (15 years of which is enforceable) against #AmirSalar_Davoodi, a respected defense lawyer, has been upheld. We will make every legal and judicial effort to reverse this ruling by using the legal powers of the esteemed Chief Justice of Iran and the esteemed Attorney General of Tehran.”

On February 9, 2020, Amir Salar Davoodi published an open letter addressed to the Iranian people in which he announced that he would be starting a hunger strike in protest to the denial of his prison furlough and his basic rights as a political prisoner.

A well-informed source spoke to IranWire on February 15, 2020, as to why the authorities had opposed Davoodi's prison furlough.

“The problem is that they are not giving any reason [for the denial of prison furlough],” the source said. “Davoodi himself initially applied for leave on several occasions, all of which were ignored. Then his relatives requested for leave from prison for Davoodi. They even organized a meeting with Reza Najafi, the deputy Attorney General of Tehran, and asked him to grant a leave of absence, but this too was ignored. Davoodi has the right, as an Iranian citizen and a lawyer, to go on leave for a few days to see his five-year-old daughter after being imprisoned for 15 months.”

While in Section 7 of Evin Prison, in his open letter, Davoodi said: “I am protesting against the 15 months of continuous imprisonment, during which time I have spent six and a half months or 190 days in solitary confinement. I believe that I am entitled to some prison furlough.”

Davoodi wrote in his letter that he would only drink water until he received a response to his furlough requests. He also stressed that whatever happened to him [as part of the hunger strike] would be the responsibility of the judiciary.

“The responsibility for any incident in relation to this [hunger strike] lies with the judicial authorities,” Davoodi wrote, “including the Chief Justice of the Judiciary, the supervising judge of the prison, the Deputy Attorney General of Tehran and the Attorney General of Tehran. These aforementioned individuals have failed to grant me this leave from prison and have denied even the slightest request of a political prisoner who now cannot fulfil a promise he made to his daughter to come home for a few days.”

On February 19, 2020, Davoodi ended his hunger strike in the presence of his lawyer. He did not eat between February 9 and February 15. He was later on a full hunger strike, including refraining from drinking water, from February 16 to February 19.

Davoodi is currently serving his sentence in Evin Prison.

In response to Davoodi’s heavy prison sentence, Philip Luther, Research and Advocacy Director for the Middle East and North Africa at Amnesty International, said: “This shockingly harsh sentence is an outrageous injustice. Amirsalar [sic] Davoudi is blatantly being punished for his work defending human rights.”

On February 18, 2020, Amnesty International called on individuals and human rights activists around the world to petition Iranian authorities to release Amir Salar Davoodi and to stay in contact with his family members until his release.

On November 28, 2019, the Council of Bars and Law Societies of Europe presented its Human Rights Award to four Iranian lawyers, one of whom was Amir Salar Davoodi.