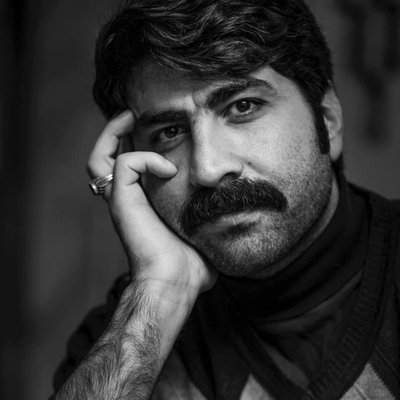 Amir Chamani is a journalist, political activist and workers' rights advocate in Tabriz. He is currently studying for his Masters degree in Sociology at the Azad University of Tabriz after having completed his undergraduate law degree at Tabriz’s Payame Noor University.

Chamani has worked with disadvantaged people in society such as working class Iranians and child laborers, informing them of their rights, and defending these rights before the authorities when they were being violated.

In 2012 and 2018, he was arrested and imprisoned for nine months and six months, respectively, in Tabriz Central Prison, on the accusations of “propaganda against the state” and “insulting the Supreme Leader of Iran and the founder of the Islamic Republic.” Most recently, Chamani was arrested in April 2020 and he has remained in custody without any explanation.

Amir Chamani was summoned and interrogated by the Ministry of Intelligence Bureau of Tabriz several times in 2012. During the last of these interrogations, he was forced to choose between being sent directly to prison or being released on bail until his trial could be convened in court. Chamani submitted the 50 million toman bail and he was released from custody.

On July 5, 2012, Chamani’s court case was heard in Branch 1 of the Revolutionary Courts of Tabriz, presided over by Judge Hamalbar. He was sentenced to a total of nine months and one day in prison on the accusations of “insulting the Supreme Leader of Iran,” Ayatollah Ali Khamenei, “insulting the founder of the Islamic Republic of Iran,” Ayatollah Ruhollah Khomeini, and “propaganda activity against the state.”

Chamani was also sentenced to 40 lashes of the whip by Branch 104 of the Criminal Courts of Tabriz on the accusation of “insulting the President of Iran.”

After enduring nine days in solitary confinement at the Ministry of Intelligence Bureau of Tabriz, Chamani was transferred to Tabriz Central Prison on January 22, 2013 to serve the rest of his prison sentence.

The punishment of 40 lashes of the whip for “insulting the President of Iran,” then Mahmoud Ahmadinejad, was carried out in Tabriz Central Prison on June 5, 2013.

Amir Chamani was finally released from prison in October 2013.

After Amir Chamani was released from prison in 2013, he resumed his journalism and published a number of critical posts and articles concerning economic and cultural issues in Iran. This critical writing led to a new legal case being opened against Chamani in Branch 1 of the Revolutionary Courts of Tabriz, presided over by Judge Hamalbar. He was subsequently sentenced to six months imprisonment on the accusation of “propaganda activities against the state in support of groups opposed to the Islamic Republic of Iran.”

Chamani was informed of the court’s six-month prison sentence in this case by his lawyer, Abbas Jamali, on September 1, 2018.

Abbas Jamali, Chamani’s lawyer spoke about the court’s sentence in this case, saying, “The court has cited Chamani's critical posts and articles on the country's economic and cultural issues as evidence for this accusation. Fortunately, Chamani has been acquitted of the other accusation in this case, ‘insulting the Supreme Leader of Iran’.”

On December 17, 2018, agents from the Tabriz division of the Islamic Revolutionary Guards Corps Intelligence Organization arrested Amir Chamani at his workplace and transferred him to Tabriz Central Prison to serve his six month prison sentence.

On the 40th Anniversary of the Islamic Revolution, 11th February, 2019, Chamani was included on the list of pardoned prisoners. Chamani was acquitted of the rest of his prison sentence and released from Tabriz Prison on February 14, 2019.

However, two days after his release, on February 16, Chamani said on Twitter that he had received a summons from Branch 19 of the General and Revolutionary Prosecutor’s Office of Tabriz.

Chamani’s tweet said: “Less than two days after my release, I received this notification. On January 31, while I was still serving a prison sentence in Tabriz prison, a third case had been filed against me and was being investigated over the past ten months in Branch 19 of the Prosecutor's Office, a special branch for security related crimes. Tomorrow I will report to the courts to defend myself against an indictment which I know nothing about.”

On April 2, 2020, following a telephone summons from the Iranian Cyber Police of Tabriz, Chamani was arrested for a third time.

There is currently no information available about the reasons for Amir Chamani’s latest arrest.