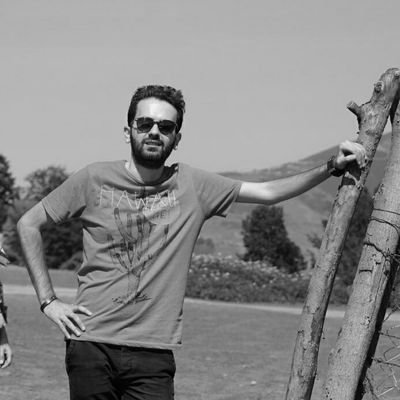 Amir Hossein Mir-Isma'ili, a journalist sentenced to eight years in prison on charges of insulting the eighth Shiite imam in a tweet, left the country ahead of his court appeals date on 8 May.

Mir-Isma'ili, a former journalist and humour columnist for the Jahan Sana’t newspaper, was jailed for three months and later sentenced to ten years in prison, banned from any form of media appearance and activities, and banned from leaving the country for two years. He was also fine six billion[1]  rials.

He was arrested once more, on 11 July 2018, following his tweet about the Imam Khomeini Relief Committee’s aid mission to the Gaza Strip. He was released on bail from the Fashafuye prion on 8 August 1997.

The Twitter posts that led to his arrest concerned the Shi’i Imam Reza: “There are two accounts of Imam Reza, one saying that he was poisoned by eating grapes and the other saying that it was caused by pomegranate juice. It seems like he was also a fan of grape juice [wine], chips and yogurt, but then, ‘Alam al-Ahadi says that gone[2]  doesn’t like us to drink and dance! Come on, Imam Reza is also one us”

Mir-Isma’ili later deleted his tweet repeatedly tweeted that he did not mean to offend anyone, his apology was not heard.

On 4 May, Fars News Agency described him as an “abusive reporter” who was arrested at Imam Khomeini Airport while trying to “flee the country.” Mir-Isma'ili had gone to the airport with a ticket and a passport.

Iran’s World Industry Newspaper, Mir-Isma’ili's employer, responded on Twitter to Mir-Isma'ili's tweet: “There is no room for insult in our newspaper, especially if it is towards the holy imams. Respecting our imams is and has always been beyond the “red lines” and therefore we have dealt with him [Mir-Isma'ili] accordingly.”