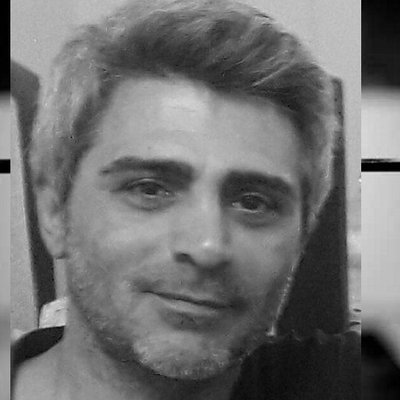 Amir Pourang Sarmadi Tehrani is a political and social media activist who published videos criticizing the Islamic Republic and in support of signatories to the “Statement of 14 Political Activists” who called for the resignation of the Ali Khamenei, the Supreme Leader of the Islamic Republic, a referendum and changes to Iran’s constitution.

Following Sarmadi's support for the Statement of 14 Political Activists, Babolsar Police arrested him at his workplace on May 24, 2019.

Officers then took him to his home in handcuffs and shackles to search the home. They also confiscated some of his personal belongings.

There, he was forced to repeat a statement written for him, in front of a camera. In an interview with IranWire on April 21, 2020, Sarmadi said about his encounter with Sarallah agents: "They told me: if you do not cooperate, you will go to prison and when you return, your daughter will be married. They were openly threatening me. For example, I was told: we can easily kill you and we will not be accountable to anyone."

After 10 days of detention and interrogation, Sarmadi was sent to the public ward of Evin Prison where he spent two weeks. After a month of detention, he was released on a 500 million tomans bail.

Sarmadi and six other people had the same case. They were all arrested for supporting the Statement of 14 Political Activists or for taking similar stances. Their file was 12 volumes and 2,440 pages long.

Ali Asghar Hassani Rad, Homayoun Parhizgar, Alireza Hatami, Yasin Jamali, Maryam Samghani, Ali Motalebi, Ataollah Rezaei, Sasan Niknafs and Saeedeh Ghorban Ali were among the other defendants in the case, all of whom were sentenced to prison.

Defendants of the case were arrested in different parts of Iran and their "crimes" included writing slogans on walls and bank notes, social media activities, and distributing leaflets. According to the Revolutionary Guards intelligence service, they all sought to overthrow the Islamic Republic.

Sarmadi is married and has a 10-year-old daughter.

Sarmadi was charged with "conspiracy against national security," "insulting the Supreme Leader," and "propaganda against the regime".

The charges were brought up against him because he "repeatedly insults Ali Khamenei and Ruhollah Khomeini, created an Instagram page with the intention of encouraging followers to distribute propaganda against the regime, and invited followers to write slogans on walls and bank notes, and do graffiti."

On December 26, 2019, he presented his final defense in Branch 15 of the Revolutionary Court of Tehran, presided over by Judge Salavati.

Part of the indictment regarding Sarmadi’s activities on October 29, Cyrus Day in the Iranian calendar, reads: "To advertise the fake Cyrus Day, he prepared and published a clip of his eight-year-old daughter, in which she recites poetry and supports Cyrus Day and the birthday of Reza Pahlavi."

The indictment also stated that "the defendant has been acquainted with anti-regime groups and channels and supporters of Reza Pahlavi on social media in the past year, and while communicating with active agents, has taken action against the regime. He explicitly stated that he had sought to overthrow the Islamic Republic by working against the regime."

Branch 36 of the Tehran Court of Appeals, presided over by Judge Zargar, upheld the verdict on April 27, 2020.

On December 2, 2020, Sarmadi was arrested in Babolsar to serve a five-year prison sentence and was transferred to Babol Prison.