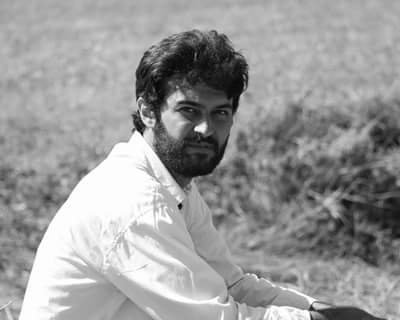 Aram Fathi is an Iranian poet, writer and civil activist. He has been a member of literary associations such as the "Rumi" and "Vajin" associations in Kurdistan province and has written several books of poetry. His activities include supporting environmental protection.

He was first arrested in December 2019 for participating in nationwide popular protests in November 2019. Fathi was released a few days later on bail, but his passport was confiscated and he has been banned from leaving the country.

Fathi was arrested again on June 17, 2021 by the agents of the Marivan city intelligence service in Kurdistan province.

One of his relatives told Journalism Is Not A Crime about the details of Fathi's detention and torture: “Five agents from Marivan’s intellegence service raided his home, violently handcuffed him, and arrested him without showing an arrest warrant and over his mother’s protests. Fathi's family asked the officers to show the arrest warrant but the officers did not provide any [documents]. Although Fathi had told the intelligence agents that he was suffering from heart disease and rheumatism and needed his medication, not only did they not give him the medication, but also tortured him with electric shocks and punched and kicked him to make him confess."

Fathi was finally released after 11 days on bail of 100 million tomans. He was charged with "acting against national security" and "propaganda against the regime with the intention of disrupting the elections." According to the staff of the Revolutionary Court of Marivan, his court hearing is scheduled in near future.