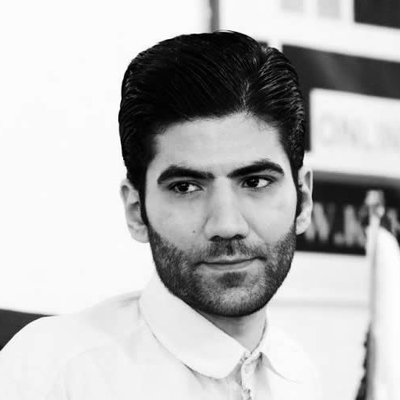 10 years and one month imprisonment

Arash Shoa Shargh is a Gilani journalist and the founder of the “Say No to Stoning” campaign.

Shoa Shargh began his media activities in 2007 by starting the Naqsh Qalam newspaper. He was also the editor-in-chief of Jahan-e-Eqtesad, which focused on Gilani affairs, and the online news website Khazar Online. He was also managing director of the outlet New Gilan. Shoa Shargh left Iran in August 2017, after being tried and convicted several times in relation to his media work, but he was abducted in Turkey in February 2018 and forcibly transferred back to Iran.

The majority of legal complaints against Arash Shoa Shargh were filed by local authorities. He was on several occasions interrogated as a result of these complaints. Shoa Shargh was arrested for the first time on June 17, 2009, and detained for three days. He was then arrested and detained for two days in April 2011 due to interviews that he had given to foreign media outlets.

In April 2014, following a legal complaint by the Public Prosecutor of Rasht, Shoa Shargh was interrogated on the accusations of “propaganda activities against the state,” “insulting government officials” and “exaggerating the country’s difficulties.” After five sessions of interrogation, he was eventually released from custody on bail for the amount of 100 million tomans. Shoa Shargh was subsequently acquitted of these accusations in Branch 1 of the Revolutionary Courts of Gilan by Judge Darvish Goftar.

In 2015, Shoa Shargh was summoned to the Prosecutor’s Office for the fourth time following a complaint by the Mayor of Rasht. Once at the Prosecutor’s Office, he was arrested due to his inability to pay a bail of 200 million tomans. However, after four days he was able to secure his bail and was released from prison.

On August 30, 2016, while he was working as the managing director of Gilan No, Shoa Shargh had a new legal case opened against him in Branch 105 of the Criminal Courts of the Rasht, following a complaint by Gholam Ali Jafarzadeh Aymanabadi, a representative of the Islamic Consultative Assembly. Shoa Shargh was sentenced to 40 lashes of the whip on the accusations of “spreading falsehoods” and “publishing a journal without a license.”

This sentence was completely upheld in Branch 12 of the Court of Appeals of the Province of Gilan.

The International Federation of Journalists subsequently published a statement in which it requested the repeal of the whipping punishment in the cases of two Iranian journalists, Mostafa Barabari and Arash Shoa Shargh, who had been sentenced to 114 and 40 lashes of the whip, respectively.

An excerpt of this statement read, “The whipping punishment for these two Iranian journalists is a clear violation of fundamental human rights” and the Federation of Journalists stated that these two sentences had been issued based on inaccurate reports.

In May 2017, another complaint was filed against Shoa Shargh by the former secretary-general of Libraries for the Province of Gilan, and a new legal case was opened in Branch 107 of the Second Criminal Courts of the City of Rasht. A niece of the parliamentary representative for Rasht was also involved in bringing the complaint. Shoa Shargh was sentenced to three months suspended imprisonment and seven lashes of the whip on the accusations of “spreading falsehoods by publishing fake news” and “publishing a photo of the plaintiff on a website.”

On July 5, 2017, the Human Rights Activists News Agency (HRANA) published the news that Shoa Shargh had also been tried in another legal case following complaints from the “Prosecutor of Rasht, a parliamentary representative for Rasht, one of the Governor Generals for the province of Rasht and the Mayor of Rasht.” He was sentenced to three months suspended sentence, 47 lashes of the whip, a fine of 19 million rials and a ban on all media activity.

The accusations against Shoa Shargh in this case were “libel, slander, spreading falsehoods, publishing government documents, publishing classified information without consent and disturbing the public opinion.”

On August 18, 2017, Shoa Shargh published a number of photos and posts on his personal Facebook page in which he announced that he was going to leave Iran.

Transfer from Van, Turkey, to Lacan Prison in Rasht

According to posts on the Telegram channel Amad News, after he left Iran, Shoa Shargh began working with Amad News which was affiliated to the Iranian activist Ruhollah Zam. At the same time, Shoa Shargh also founded his own Telegram channel, New Gilan, while he was living in Turkey. Due to these activities, Iranian security agents began to pressure Shoa Shargh’s family who were still in Iran.

Security agents confiscated the family’s passports, placed them under a travel ban and issued a 500 million toman bail to the family. The security forces had also previously told Shoa Shargh’s family that he was an “enemy of God” and they threatened them by saying that he would face the death penalty unless he wrote a “letter of repentance” and returned to Iran.

On February 5, 2018, numerous different media outlets announced that Arash Shoa Shargh had been arrested by Turkish security forces and extradited back to Iran.

The AmadNews Telegram channel published a number of posts about Shoa Shargh’s status on September 13, 2018, saying, “An informed official in the judiciary of the province of Gilan, who did not want to be named, has informed us that Mr Shoa Shargh was arrested by the Turkish National Intelligence Organisation. After his arrest on February 5, 2018, Mr Shoa Shargh was detained in a Turkish detention centre for 25 days. He was then transferred to Urmia Prison in Iran, then to a prison in Ardabil and finally moved to Lacan Prison in Rasht where he spent 94 days in solitary confinement. Throughout this period he was denied any form of prison visitation or contact with family or friends. According to another informed source in the Public and Revolutionary Prosecutor’s Office of Rasht, the Ministry of Intelligence, the Islamic Revolutionary Guards Corps Intelligence Organization and the Iranian Cyber Police were all plaintiffs in the legal case against Arash Shoa Shargh. With pressure from the Ministry of Intelligence, Arash Shoa Shargh was sentenced to death on the accusations of ‘insulting the Supreme Leader of Iran,’ ‘corruption on earth,’ ‘actions against national security’ and ‘inciting individuals to carry out sabotage against the state.’ However, this death penalty sentence was commuted to ten years and one month imprisonment after the consultations and advice from the presiding judge of the court.”

In addition to his media work, Shoa Shargh has edited a number of books including A Compendium of the Ta’zieh of Rasht (2014), which examines Ashura passion plays inspired by the martyrdom of the Shia Imam Hussein, Cinema in Gilan (2015) and Theatre in Gilan (2017). Shoa Shargh has also collaborated in the writing of two books, A History of Ta’zieh in Gilan, a two-volume work, and A Short History of the Municipality of Rasht from 1941 to 1978.