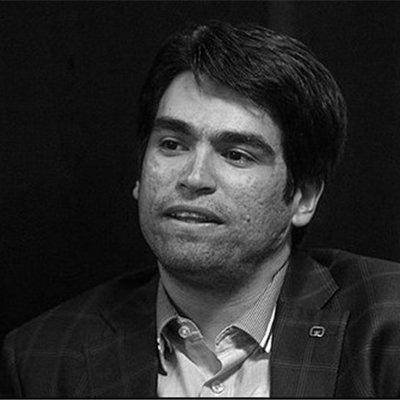 Ehsan Mazandarani, managing editor of the newspaper Farhikhtegan, was arrested on November 2nd 2015 by intelligence agents of the Revolutionary Guards and taken to an unknown location.

He was released in February 2017, but then re-arrested a month later and finally released on October 31st 2017. Authorities have also banned him from practicing journalism.

After being arrested in November 2015 and held for months, Mazandarani’s trial began on March 7 2016, at Branch 28 of the Revolutionary Court. In April 2016, the judge sentenced Mazandarani to seven years in prison on charges of “assembly and collusion against national security” and “spreading propaganda against the regime.”

In May 2016, Mazandarani went on hunger strike in protest against prison conditions. In June, he suffered a heart attack while in prison. His family reported that he also suffered from lung, kidney and intestinal problems.

Authorities released Mazandarani in February 2017. But then, just one month later, on March 12, he was re-arrested. His brother-in-law believed the arrest and the arrest of other journalists might have been linked to the forthcoming presidential election and an attempt to influence its outcome.

A day after his arrest in 2015, his lawyer, Mahmoud Alizadeh Tabatabaei, told the Tasnim News Agency that, “apparently Ehsan Mazandarani has been informed of his charges but we have not been told about them. His case falls under Article 91, which means that the preliminary investigations are confidential and all individuals involved at this stage must keep it secret. Otherwise they would be charged with breaking the law,” the lawyer said.

At least four other journalists were detained in the first few days of November 2015. Within two days the Revolutionary Guards arrested Isa Saharkhiz, journalist and political activist, Afarin Chitsaz, a member of the editorial board of the newspaper Iran and Saman Safarzaei, a member of the editorial board of the monthly publication Andisheh Pouya. The name of the fifth person has not been disclosed. The Intelligence Unit of the Revolutionary Guards has accused the arrested journalists of being members of an “infiltration network cooperating with hostile foreign governments”.

However, the investigator for their cases had not been able to make a case for “infiltration”. Instead, the journalists were charged with “propaganda against the regime,” “acting against national security” and “insulting authorities.”

After being held for months, Mazandarani's trial began on March 7th at Branch 28 of the Revolutionary Court. The branch is presided over by Judge Moghiseh, whom human rights organizations have repeatedly accused of violating judicial practice and the rights of defendants.

Mazandarani was also detained prior to 2015. He was a reporter for the reformist newspaper Etemad when he was arrested at his home on February 20th 2013, accused of cooperating with the BBC. Security agents raided his house, seized his personal belongings and took him to Ward 209 of Evin Prison.

His arrest was part of a crackdown on journalists in Iran, which began on January 27th 2013 – a Sunday that came to be known as “Black Sunday”. 17 other journalists were arrested before Mazandarani. A day before his detention, the Iranian Intelligence Ministry released a statement claiming that “the journalists were part of a nefarious spy ring affiliated with the BBC,” according to the Committee to Protect Journalists.

The International Campaign for Human Rights in Iran reported that, “the families of the detainees have repeatedly expressed concern that they may have been pressured to make forced confessions while in prison, emphasizing that the arrested journalists were not in contact with any foreign media.”

Mazandarani spent 19 days in detention, where he was repeatedly interrogated, before being released on bail on March 10th 2013.

After being held for months, Mazandarani's trial began on March 7th at Branch 28 of the Revolutionary Court. The branch is presided over by Judge Moghiseh, whom human rights organizations have repeatedly accused of violating judicial practice and the rights of defendants.